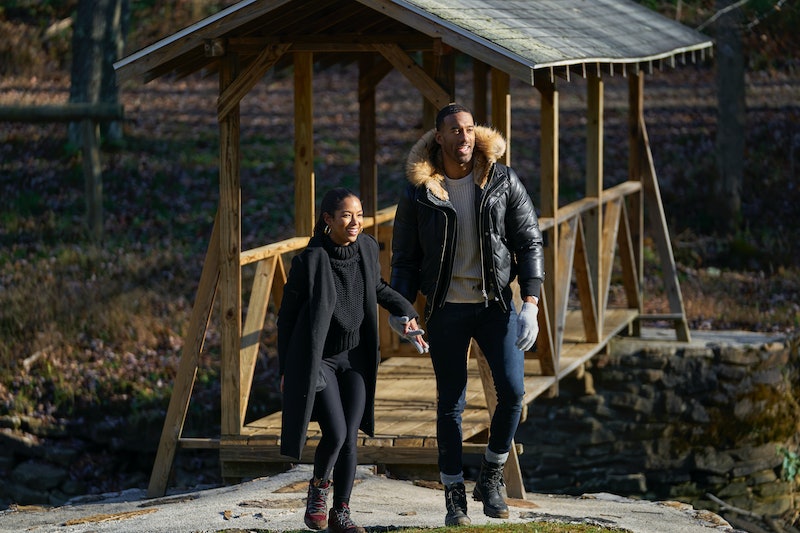 Potential Bachelor spoilers ahead. Bachelor Nation never fails at delivering drama and sending fans into a frenzy. The Bachelor contestant Bri Springs threw shade at Matt James on Instagram early on Tuesday, Feb. 16, hinting that she didn't win his heart this season. In fact, her joke fuels rumors that Rachael Kirkconnell, who's dealing with some controversy of her own, does in fact win the season.

Taking to her Instagram story, Bri posted a selfie of her talking on the phone while lounging at a very scenic and luxurious private pool. But what seems like a typical vacation photo actually seemed to contain a cryptic hint about her future, both personally and professionally. "Me on the phone trying to get my job back," she wrote.

The post comes after the Feb. 15 episode of The Bachelor, in which Bri confessed to Matt that she was forced to resign from her job midway through the season. "I knew that was a decision I was going to have to make, but after weighing what this journey could mean for me, to give me that opportunity to find love with someone, with you specifically, I thought it was worth it," she told Matt, who truly appreciated the gesture. "That you did that to be here with me is everything," he responded.

According to her Bachelor bio, Bri worked for a "high-profile social media company" that's apparently so big that even host Chris Harrison couldn't reveal it. "I'm not allowed to say what tech company, and I don't want to put her job in jeopardy," he explained in the contestants' intro video. "But it is a big one, so much so that she almost wasn't on the show because she didn't want to give up this amazing job." Well, that didn't work out as planned.

As of the most recent episode, Bri is still a contestant on the show, but the post could be more proof that Rachael ultimately receives the final rose. Fans started speculating that she won after noticing that Matt was listening to her Spotify playlist on his own account. Spoiler blogger Reality Steve's findings also supported the rumors; he said that Rachael was a part of Matt's final four and that news was spreading across her hometown that she had won, though he couldn't confirm that final bit himself.

Reality Steve had also speculated that Bri was in Matt's final four, meaning that she may just be joking about wanting her job back after ending up with Matt. Leave it to Bachelor Nation to keep fans guessing.