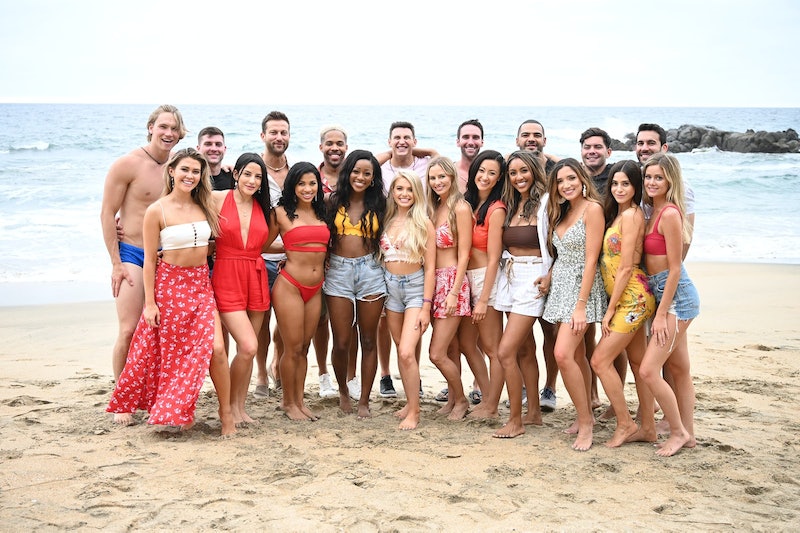 The coronavirus pandemic has messed with a lot this past year — including Bachelor in Paradise. After postponing the show because it wasn’t safe for former castmates to gather in Mexico, producers are now trying to make up for lost time by bringing fan favorites across many seasons to the beach to film. However, according to E! News, several members of Bachelor Nation have already declined offers to do BiP following Rachael Kirkconnell and Chris Harrison’s recent racism scandals.

“Casting has begun and some members of Bachelor Nation are apprehensive to sign up,” a source told the outlet. “Some are wondering what direction the season will take and are curious if it will strictly focus on contestants falling in love.” Another insider revealed that “several asks to Bachelor veterans” have already been sent out, but that the responses haven’t been quite as enthusiastic as they’ve been in past years.

“Many people are declining due to the current state of Bachelor Nation,” E! News’ source added. “A lot of people are removing themselves from the franchise.” While it’s unclear which former cast members declined the offer to head down to Mexico for another shot at love, the insider said that ABC is “hoping to get Blake Horstmann, Tia Booth, and Becca Kufrin” on board for the upcoming season. “Producers are not considering most of the women from Matt [James]'s season,” the insider added.

Given the resurfacing of Kirkconnell’s racist past and Harrison’s defense of that behavior, it’s not a total shock that some former contestants are trying to dissociate from the show. Last month, for example, Ivan Hall told E!'s Daily Pop that he would likely decline the opportunity to participate in the spinoff if Harrison returned. “I don’t know how this will all shake out, but for myself, for example, if they have future shows and if they were to ask me to be on Bachelor in Paradise or something like that — and I’m sure a lot of the other contestants feel this way as well — I wouldn’t feel comfortable if Chris is there,” he said.

At the moment, it’s unclear if or when the longtime host will return to the franchise. However, it was recently announced that the upcoming season of The Bachelorette — which will star 30-year-old bank marketing manager Katie Thurston — will be co-hosted by two of the show’s former leads. “Chris Harrison will not be hosting the next season of The Bachelorette,” ABC Entertainment and Warner Horizon said in a statement. “We support Chris in the work that he is committed to doing. In his absence, former Bachelorettes Tayshia Adams and Kaitlyn Bristowe will support the new Bachelorette through next season.”

Harrison, for his part, made it clear earlier this month that he hopes to return at some point. “I plan to be back, and I want to be back. And I think this franchise can be an important beacon of change,” he told Michael Strahan on Good Morning America on March 4. “I know that change is felt, not just by me, but by many others. And we are excited and willing to do the work to show that progress. This interview is not the finish line. There is much more work to be done. And I am excited to be a part of that change.”

Despite all of the recent controversy surrounding the show, E!’s sources seem confident that the future of BiP looks promising. “This could be the best cast ever,” another insider revealed. “There is talk of having two years’ worth of cast due to no Bachelor in Paradise last year. They are in talks with multiple former leads. For the first time in franchise history, there will very likely be former Bachelors and Bachelorettes hitting the beach in Mexico.”