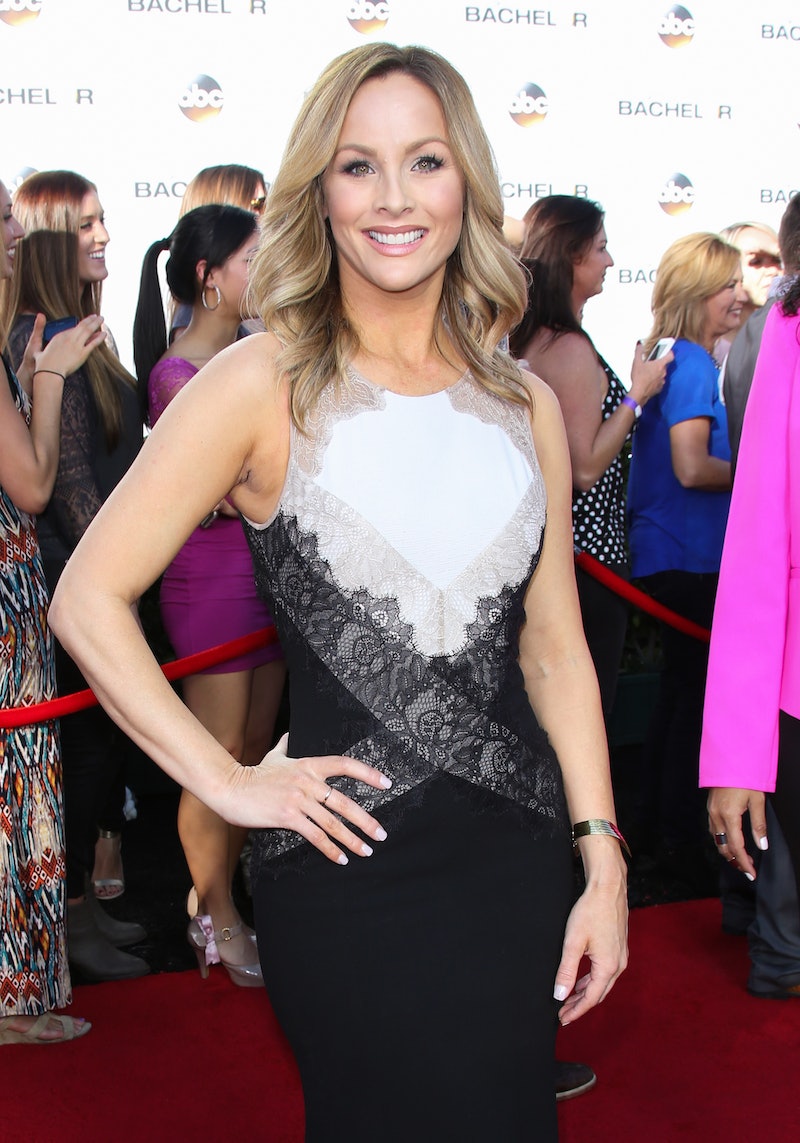 While fans may be swept up by her whirlwind romance with fiancé Dale Moss, Clare Crawley is "going through things" after The Bachelorette. Along with a mirror selfie she shared on Instagram on Sunday, Nov. 29, Crawley got real about what life has really been like after the show. "Hi. It's me, Clare," she wrote in the caption, clarifying that she's not the same person "that you have seen edited on your television or social media squares."

The Bachelorette star, who left the show early after Dale proposed, went on to describe the emotions she's been grappling with post-show, explaining that she's just a regular person "with feelings, insecurities, emotions, and a normal life just like you." And although her life may seem picture perfect at times, that's actually not the case. "I'm going through things, big and small, that all of us experience at some point or another," she wrote.

The reality star emphasized that some days are a real struggle, even if it doesn't always seem that way on social media. "Just like some of you I can be shy and awkward or even fighting off my anxiety the best I can that day," she continued. "There are good days and bad days." Unfortunately, being in the spotlight has only compounded those feelings of anxiety. "Being on reality TV doesn't exempt me (or any of us) from that," she added.

"I will always do my best to rise above the negativity and find the positive, but I am not superhuman," she continued before urging her followers to be kind. "When you choose to pass judgements without knowing someone personally or even something as small as a snide comment, please remember just like you, I am simply trying my best."

Many members of Bachelor Nation commented on the post to show their support, including Kaitlyn Bristowe, Krystal Nielsen, and Lauren Burnham Luyendyk. Dale also took to the comments with his own words of comfort. "You are never alone and your strength, love, and passion has and will continue to help so many out there," he wrote.

It's been a busy few months for the star and her husband-to-be. Clare, who was cast as Season 16's lead, formed an instant connection with the former NFL player. She initially tried to give the other men a chance, but it soon became clear that her bond with Dale was too strong, so she decided to cut the experience short and accepted his proposal in the fourth episode.

Bachelor nation has not been generous to Clare, with many online critics saying she was "unfair" to the other contestants. And although she was replaced by Tayshia Adams, some trolls have continued to criticize Clare's swift engagement. Dale, on the other hand, went out of his way to defend his proposal in an interview with People. "For me personally, there is no explanation needed," he told the magazine. "I've never been afraid of commitment. And when I met Clare, I knew I was all in."

More like this
‘RHOSLC’ Star Jen Shah’s Arrest & Legal Drama, Explained
By Brad Witter and Jake Viswanath
'Survivor' Host Jeff Probst's Salary Per Season After 22 Years Is The Real Winner
By Hugh McIntyre
Bachelorette Gabby Kissed Her New Fiancé On 'Dancing With The Stars'
By Jake Viswanath
Where Is Former Bachelor Host Chris Harrison Now & What Is His Net Worth?
By Hugh McIntyre
Get Even More From Bustle — Sign Up For The Newsletter