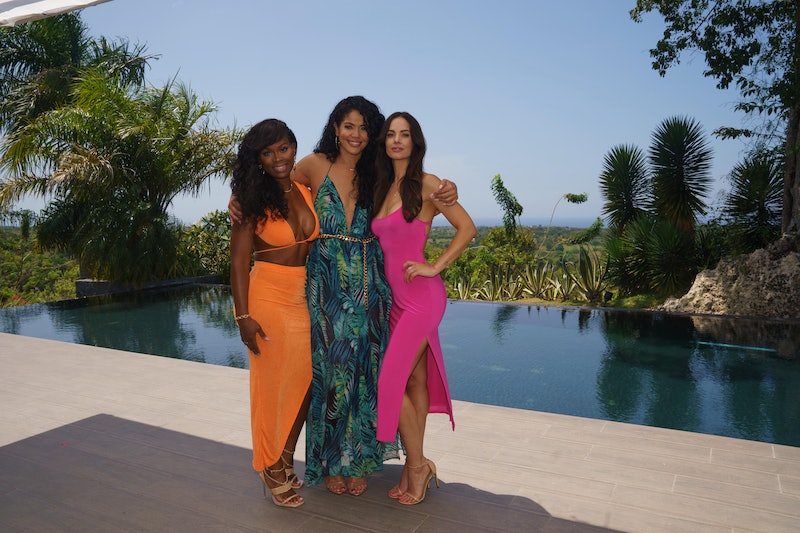 Though Back in the Groove’s showrunner, Elan Gale, also executive produced The Bachelor franchise and created HBO Max’s FBoy Island, the Hulu reality dating series has its own unique twist. At the show’s magical Groove Hotel, three single women in their 40s check out of their comfort zones and get back into the dating scene with a pool of single men who are “half their age.” Whether they find the “perfect fling, friendship, true love, or something in between,” the ultimate goal is for the co-leads to fall in love with themselves first while rediscovering their youth and breaking through “the double standards older women face every day.” Oh yeah, and they get to have a lot of fun in the process, too.

While Hulu has yet to renew Back in the Groove for a second season, Gale believes the show’s goal of “self-actualization” is one thing that differentiates it from his other works in the same format. “Someone has the market cornered quite successfully on finding your forever person,” Gale explained to Deadline. “But there’s so much more to dating before and after those moments. Those are the areas we like to play. What about the stories that aren’t fairy tales?”

He also credits the effectiveness of featuring older stars while leaning into “some of the comedy” that keep his dating shows from becoming “too self-serious,” as he put it. “Most of the leads on shows that I’ve worked on are younger, and [these women] simply have lived a little more life,” Gale added, citing Back in the Groove Season 1 stars Sparkle, 43, Steph, 41, and Brooke, 42. “They have more stories, they’ve been through more, so we really do explore those in great depth in a way that you can’t on other shows.”

As you await Hulu’s decision on whether the show will move forward with another outing, here’s everything we know about a potential Back in the Groove Season 2 so far.

What Is The Back in the Groove Season 2 Potential Premiere Date?

Because Back in the Groove is a brand-new series — Hulu’s very first unscripted original series from their recently launched unscripted studio, Walt Disney Television Alternative — there isn’t an established release pattern just yet.

Thanks to the first season’s co-leads, however, we at least know how long it took to make the show. On April 14, 2022, Brooke announced on Instagram that she was taking “a little social media hiatus,” before returning to Instagram after filming exactly a month later. “For the past four weeks I was off social media, without my phone, on a tropical island, forced to tap back into what is important to me and focus on myself,” she captioned a May 14 post, in part. Given that there was a little more than a six-month turnaround time before Back in the Groove premiered, Hulu could conceivably produce and drop Season 2 in late 2023, depending on if and when they give another installment the green light.

Who Is In The Back in the Groove Season 2 Cast?

Though any potential casting announcements likely wouldn’t arrive until shortly before a Season 2 premiere date, actor Taye Diggs could likely return as host since he helped conceive the series and is an executive producer.

What’s more, as the title would suggest, the series draws inspiration from 1998’s How Stella Got Her Groove Back, in which he co-starred with Angela Bassett. So, he knows a thing or two on the subject, telling People that the show’s Groove Hotel has “just the thing” to light the women's fire. “There are 24 hot young men. All of them are excited to date older women,” Diggs continued, adding, “Age is just a number.”

This post will be updated as more Back in the Groove Season 2 details become available.

More like this
10 Photos Of The Wildest Limo Arrivals From 'The Bachelor' Premiere
By Brad Witter
The Bachelor’s Christina Mandrell Comes From One Of Country Music’s Most Famous Families
By Brad Witter
Zach Swears He Didn’t Look Up Contestants Before The Bachelor Began Filming
By Brad Witter
A Guide To All Of Zach Shallcross' 'Bachelor' Filming Locations
By Brad Witter
Get Even More From Bustle — Sign Up For The Newsletter
From hair trends to relationship advice, our daily newsletter has everything you need to sound like a person who’s on TikTok, even if you aren’t.