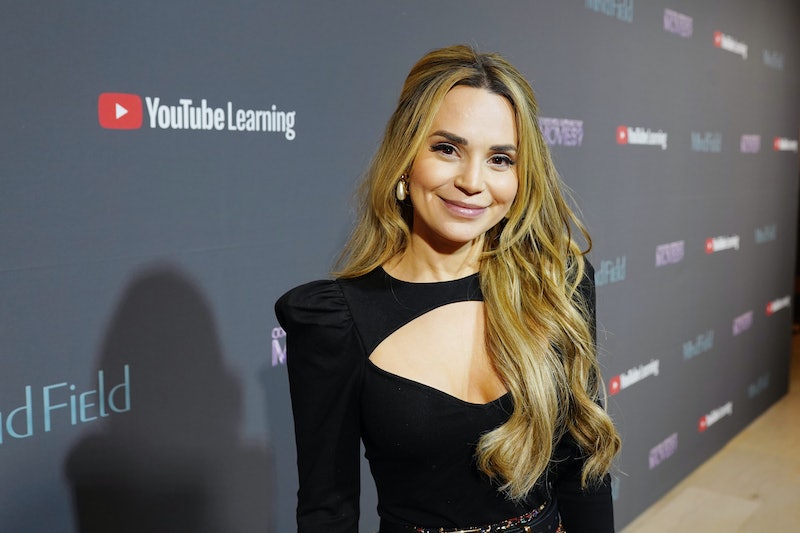 Fresh out of the oven on HBO Max, Baketopia is a dessert competition series hosted by popular food influencer Rosanna Pansino. She rose to fame after she started a “nerdy” baking series on YouTube, making treats inspired by video games, movies, and TV shows. By 2017, Forbes reported that she was one of YouTube’s highest paid female creators, all from a channel she’d originally started just as practice for a future as an actress. But her side gig became her main gig, and now Pansino is better known for her baking skills than any of her acting projects. (She was landing mostly uncredited roles in shows like Parks and Recreation and Glee.)

Here’s everything you need to know about Pansino and her successful, sprawling food-themed brand.

Pansino made a name for herself on YouTube where she began posting her cooking videos in 2011. She’s best known for her cooking show Nerdy Nummies, where she bakes things like Lord of the Rings donuts, Pokemon cake pops, and more.

She also posts videos of her trying baking trends like some of the recent viral TikTok food videos. Her boyfriend, Mike Lamond (aka YouTube vlogger Husky), frequently joins her for vlogs and various food-themed challenges. Over the years, Pansino has racked up nearly 13 million subscribers.

She Has Two Cookbooks

The natural next step for any baker is a cookbook, and Pansino has two of them. Her first, Nerdy Nummies, came out in 2015. It featured such recipes as Apple Pi Pie, the Periodic Table of Cupcakes, and more. In 2018, she published Baking All Year Round, a cookbook filled with recipe ideas for holidays like Christmas, New Year’s Eve, Mother’s Day, and more. She told Tube Filter that she wants her cookbooks to be accessible to bakers of all skill levels and to “encourage people to have fun with food.”

As her brand expanded, Pansino added a merch line (you can even buy plush toys inspired by her two dogs) and a line of cooking tools with bakeware company Wilton. She’s also produced and hosted specials for the Cooking Channel and even given singing a try.

Her Instagram Gives a Peek At Her Non-Baking Life

While her YouTube channel is mostly dedicated to her love of food, Pansino’s Instagram account shows off her life outside baking. There are still plenty of gorgeous dessert shots on her account, but she also shares photos of her dogs, her boyfriend, and the progress she’s making on her new house.

And just because she’s best known for her cooking skills doesn’t mean she can’t also show off her outfits of the day like any other influencer.

Pansino may have originally wanted to focus on being an actress, but her love of food and success as a YouTuber is what has allowed her to build the brand she has today. And now she’s hosting a TV show all about baking. She made it in Hollywood after all, just in a roundabout (and delicious) way.