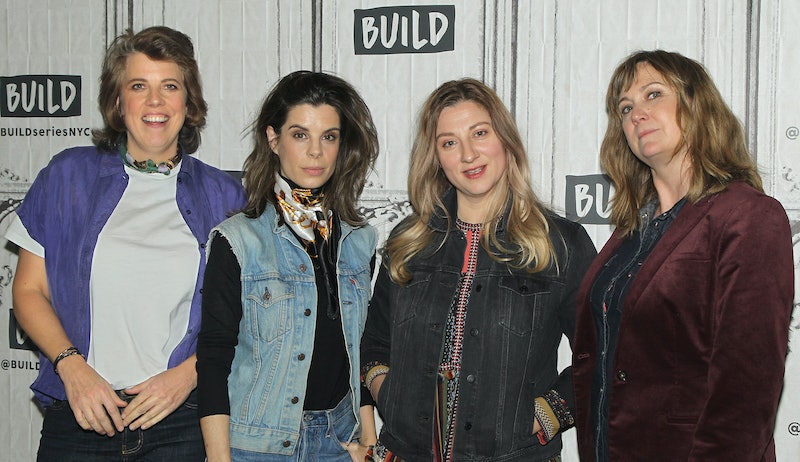 It’s time for fans to say goodbye to the hilarious Canadian comedy series Baroness Von Sketch Show, which concludes its fifth season on March 25. In a statement announcing the show would be ending, the team behind the series said, “We are so grateful to have been given the opportunity to share our deepest embarrassments, existential angst and daily observations with you, our fans.”

The series is going out on a high note, having recently been nominated for several awards, including Outstanding Performance at the 2021 ACTRA Awards. It also won Best Sketch Comedy Writing at the 2020 Canadian Screen Awards and Best TV Show at the 2019 Canadian Comedy Awards.

Nonetheless, the sketch comedy series will be missed. If you still want to get your fix of stars Jennifer Whalen, Aurora Browne, Meredith MacNeill, and Carolyn Taylor, they have several projects lined up next. Here’s where else you can see (and hear) the Baroness Von Sketch Show cast.

In addition to the Baroness Von Sketch Show, MacNeill stars in the new series Pretty Hard Cases as detective Samantha Wazowski. It’s a role that has allowed her to embrace her inner action hero and utilize plenty of her signature physical comedy from Baroness. Right now, Pretty Hard Cases is only available to watch in Canada, but it likely won’t be long before an American streaming site brings the show to the United States.

Whalen played Detective Karen Brace in an episode of Pretty Hard Cases and recently went on the HappyFunnyAmazing podcast. In her episode, she regaled host Joanne O'Sullivan with a hilarious story about the time she worked in a supposedly haunted toy store. The comedian also gave directing a try for the first time this year, so more of that could certainly be in her future.

While Browne doesn’t have any projects currently lined up, fans can watch her in the 2020 show Nurses (she played Lydia in the premiere episode), the web series Newborn Moms, and the show The Writers' Block, which she helped write. You can also catch her streaming on Twitch every once in a while. She tends to announce when she’s going live on her Twitter.

Next up for Taylor is a short film called This Will Be My Legacy that’s been in the works since 2017. It was recently completed, so she’s probably looking forward to finally getting that out into the world. Aside from that, she’s not very active on social media (her Twitter bio reads: “Terrified of Twitter”), but keep an eye on her account as she usually announces her new projects there.