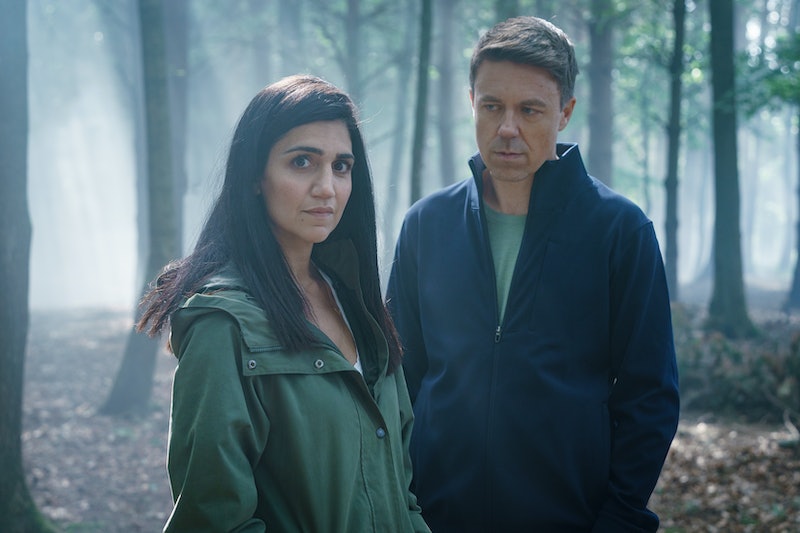 With the likes of Chloe, The Girl Before, and The Responder, the BBC is well and truly in its thriller era, cemented by the fact it recently announced a new thriller drama series, Better. The five-part thriller will explore the “powerful bonds of loyalty and family,” and the grey areas between what’s right and what’s wrong. Filming has now finished in Leeds, so here’s everything you need to know about the upcoming BBC drama.

I Hate Suzie’s Leila Farzad has been cast as the lead Detective Lou, with Broadchurch’s Andrew Buchan playing Col McHugh. Peaky Blinders’ Samuel Edward-Cook and Wolfe’s Zak Ford-Williams will feature in the series, too. Spooks and Humans writers Jonathan Brackley and Sam Vincent have also joined the BBC thriller as producers.

“Better is a brilliant fresh take on the morality tale. I am excited to have the opportunity to play Lou Slack, the vehicle through which we explore the multivalent layers of good and bad,” Farzad told the BBC. “A complex, flawed yet utterly human character. I feel very lucky to be a part of such a wonderful show with an incredibly talented team attached to it.”

The series will explore the story of one woman’s journey through honesty, corruption, and redemption against the backdrop of the northern city Leeds. The successful detective, Lou Slack, confronts her past head-on, with interesting results.

According to the BBC synopsis, “19 years ago, when Lou was a young police officer at her lowest ebb and Col, a low-ranking but ambitious newcomer to the Leeds underworld, their paths crossed, and they struck a deal that changed their lives forever.”

“To find her redemption she must bring down the man she has come to love like a brother. The man she has helped place at the head of Leeds criminal underworld. But while Col is a dangerous enemy to make, Lou’s biggest battle may yet be with herself.”

Filming has finished, and viewers can expect to see Better on BBC One and BBC iPlayer in 2023. A specific release date has not yet been announced, but Bustle will keep you updated, as and when more information becomes available.

This article was originally published on May 8, 2022