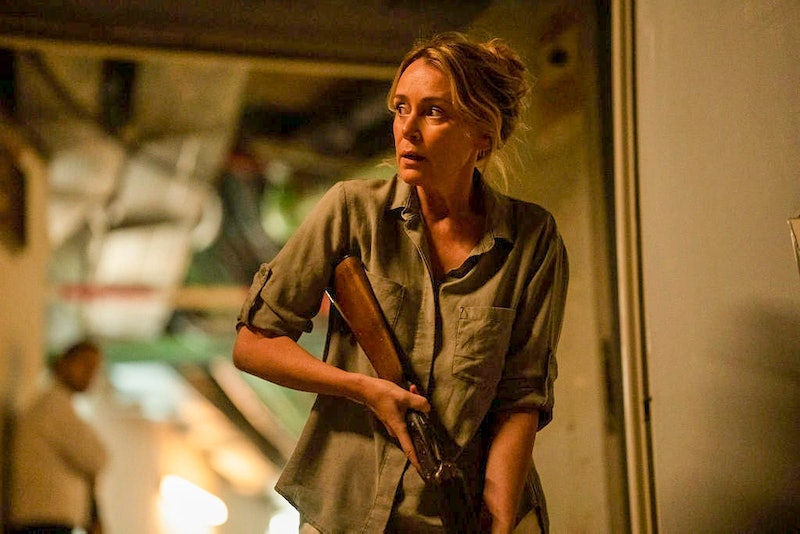 Described by the network as “a nail-biting thriller,” BBC One’s Crossfire stars Keeley Hawes as Jo, a restless, middle-aged woman who is on holiday with her husband, kids, and family friends. Written by crime author Louise Doughty, the series takes a drastic turn when gunmen storm the hotel, shooting anyone in their path. Former police officer Jo leaps into action, as she vows to be reunited with her children. Viewers will no doubt be left with many questions, such as where was Crossfire filmed? Find out the location spot used, below.

Crossfire was filmed in south Tenerife, “on the very tip” of the island, Doughty revealed during a recent press Q&A attended by Bustle. However, they had to slightly fake where the resort was to make the long emergency service response time more believable. “Tenerife is a very big island, and it does have armed police officers who would come very quickly,” she detailed. “We needed them to take about an hour.” To remedy this, the series implies that the hotel is “on a much smaller island, like Fuerteventura.”

As for the hotel itself, The Barceló Tenerife in Los Abrigos hosted the cast and crew as they filmed Crossfire. But due to it being surrounded by other resorts, editors had to “blank out” those surrounding it to make the establishment look “more isolated” than it actually was. In a turn out for the books, the cast and crew not only filmed the series in the hotel, but lived there for the duration of the shoot. In fact, Hawes’ real-life hotel room doubled up as her character Jo’s dwellings.

“It’s the only shoot where I’ve woken up in the morning, gone to my wardrobe, put the clothes on in the wardrobe, gone straight to work, done a day’s work, and then gone straight back and put them back in the wardrobe,” the actor recalled. To switch off after a long day of filming emotional scenes, Hawes would retreat to her hotel room and watch BBC One’s The One Show. “It was, like, the most moving television I’ve ever seen in my life. I’d just start crying,” the actor confessed, adding that she also found watching The Repair Shop to be a useful “outlet.”