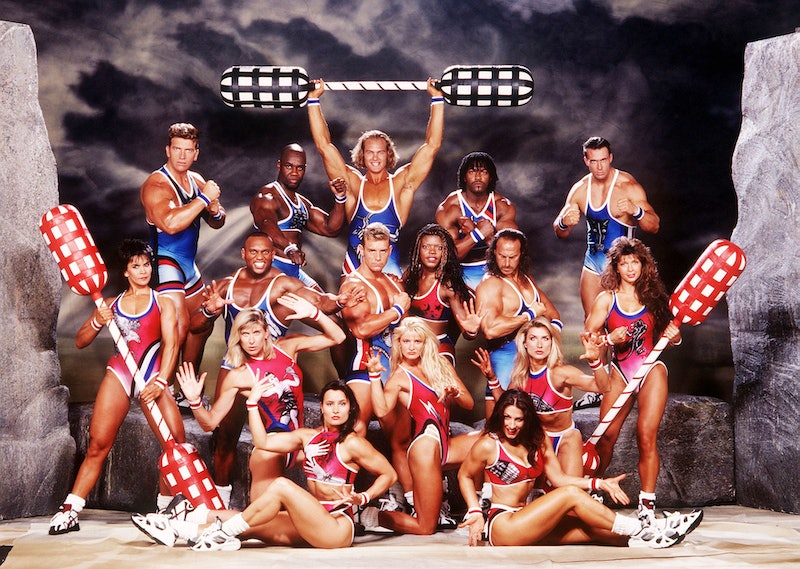 Over the summer, fans of the ‘90s British classic Gladiators were treated with the announcement of its revival, with the BBC promising to maintain what made it so popular. The reboot will feature new and old games, but most importantly, the Gladiators themselves will have huge personalities and iconic names; think Wolf, Hunter, Saracen, and Lightning. According to The Sun, those applying to be the next generation of Gladiators have to name their “superpower” in the application process and who’d play them in a film. Unlike Sky’s 2008 revival, the BBC’s Gladiators already sounds like what fans have been waiting for. So here’s everything we know so far about the Gladiators reboot and when you can expect to see it.

What Is The Format Of Gladiators?

BBC’s Gladiators revival will follow the same format as the original, with four contestants competing against experienced athletes and bodybuilders in a series of physically demanding events to eventually make it to the final. The revival will feature classic challenges from the original (including the famous Eliminator), as well as new events.

No hosts for the BBC revival have been confirmed, but Bradley Walsh and his son Barney were rumoured to have the job, according to The Sun. Walsh addressed the rumours during an appearance on This Morning in October, saying he had “no idea” who was hosting, adding that “nothing is official.” Former Lioness Alex Scott is also potentially in the running, with the paper reporting in August that she’d been in “secret talks” for the hosting gig.

Who Are The Gladiators?

Applications to be a Gladiator in the BBC revival are still open, so there’s no word on who the contenders will be up against. However, the legendary Wolf, also known as Michael Van Wijk, has confirmed that his son Dean is aiming to follow in his footsteps. “He has applied to be a Gladiator,” he told Leicestershire Live. “He hasn’t said he is my son, but he has sent his details off. He is super fit, muscular, an amazing athlete — he wants to be the next Wolf.”

Dean told the Daily Star that he’s dreamt of this opportunity ever since he was five when his dad carried him around the arena on his shoulders in a mini Gladiator suit. “Now that Gladiators is being relaunched, it’s the ideal opportunity for me to follow in his footsteps.”

When Is Gladiators Set To Air?

There’s no official date, but the BBC has confirmed that filming will take place in late 2023 at the Utilita Arena in Sheffield. You can apply to participate as a contender or Gladiator here. You’ll also be able to watch the show live, but tickets haven’t been announced yet either.