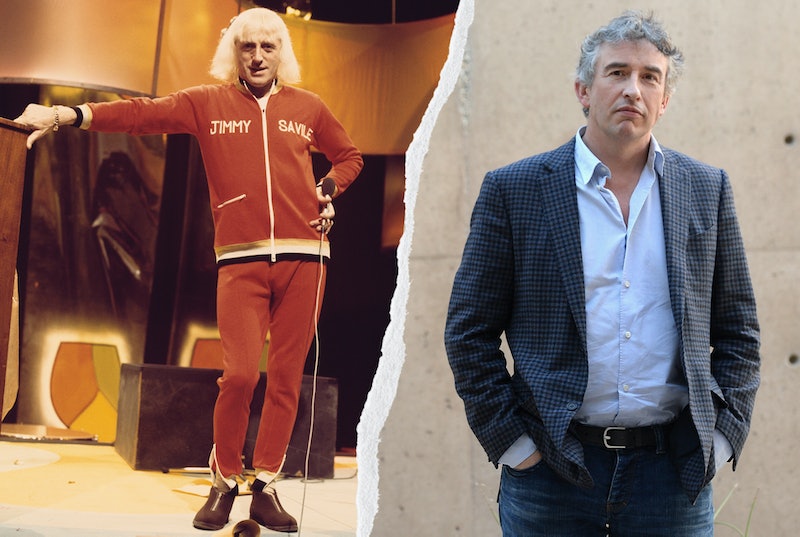 Trigger warning: This article contains references to sexual assault and harassment, as do many of its outbound links.

The story of disgraced entertainer Jimmy Savile is the subject of a brand new BBC drama titled The Reckoning. The rise and fall of the late radio DJ and TV presenter will be explored through the mini-series, as will the devastating impact of Savile's predatory crimes. But who will take on the role and when will it air? Here's everything we know so far.

The Reckoning is set to air on BBC One. However, given the series has only just been announced, an exact air date is yet to be confirmed. However, filming is underway, per RadioTimes.

As previously stated, the mini-series will depict the life of radio and TV presenter Jimmy Saville, who rose from humble beginnings to become one of the UK's top entertainers throughout the 1970s and '80s, appearing on hit shows including Top of the Pops and Jim'll Fix It.

However, following his death in 2011, Savile's long history of sexual abuse came to light after a bombshell ITV documentary and several public inquiries. Soon after details of the scandal broke, Savile became one of the most despised figures in modern history.

As the Radio Times reports, The Reckoning will delve into all areas of Savile's life and career, including his early years in northern England, his career at the BBC, and his attempts to bury any damaging accusations — while also highlighting the impact his crimes had on the many victims he assaulted throughout his life.

Award-winning actor Steve Coogan of Alan Partridge and Philomena fame has been announced as the show’s lead. In a statement, Coogan said the decision to play Saville “was not a decision I took lightly,” adding that this “horrific story” is one that “needs to be told.”

Per Digital Spy, Coogan was pictured for the first time in Oct. 2021 portraying Saville on the set of The Reckoning.

Echoing Coogan’s recent statement, executive producer Jeff Pope, who is overseeing the BBC drama alongside fellow BAFTA-winner Neil McKay, also described The Reckoning as "a story that has to be told."

"We must understand why a man like Jimmy Savile seemed to remain immune for so long to proper scrutiny and criminal investigation," he explained. Elsewhere, BBC drama controller Piers Wenger recently clarified the intentions of the mini-series, revealing the drama did "not intend to sensationalise these crimes," but instead "give voice to his victims."

"We will work with survivors to ensure their stories are told with sensitivity and respect and to examine the institutions which Jimmy Savile was associated with and the circumstances in which these crimes took place. Drama has the ability to tackle sensitive real life subjects and consider the impact of a crime on its survivors and what lessons can be learnt to stop this ever happening again," Wenger concluded.

This article was originally published on Oct. 15, 2020