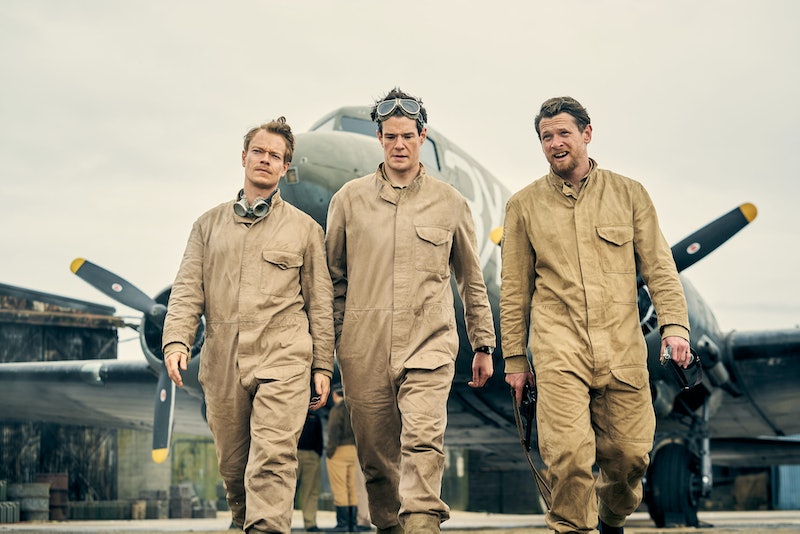 Peaky Blinders fans may be sad about the show ending this year, but its creator already has another series up his sleeve – this time focused on one of the world’s best covert military units. A dramatised adaptation of Ben Macintyre’s best-selling book of the same name, SAS: Rogue Heroes will showcase how the Special Air Service was formed during World War Two. With an A-list cast including Dominic West and Alfie Allen.

Set across six episodes, the series will transport viewers back to discover this “remarkable story,” Knight said in a press statement sent to Bustle. “The people who are depicted and who did such an extraordinary things were young, in their 20s, and we have made a conscious decision to cast people of the same age,” he explained. “We enter this project with a spirit of adventure and believe our young and talented actors will do justice with this period of history.”

To learn more about what promises to be a must-watch TV drama, you can find everything there is to know about BBC’s SAS: Rogue Heroes below.

When Does SAS: Rogue Heroes Air?

An exact release date is yet to be announced. However, the BBC has confirmed that filming has wrapped on the series, and SAS: Rogue Heroes will air on BBC One and BBC iPlayer in 2022.

In the meantime, there’s plenty of material available to familiarise yourself with SAS history, including a docuseries hosted by Macintyre titled SAS: Rogue Warriors. The three-episode series is available to watch on iPlayer, and includes unseen footage and exclusive interviews that the author used to write the book.

Based on Ben Macintyre’s best-selling book of the same name, the historical BBC drama depicts the formation of the British Army’s Special Air Service (SAS). As the first authorised history of the SAS, the book covers how a young military officer named David Stirling founded the unit with permission from Winston Churchill despite initial opposition from military personnel in the British High Command. With access to secret files, unseen footage, and interviews with founding members, Macintyre’s writing is an immensely detailed account which will be a huge help to Steven Knight as he translates this story to the small screen.

The story centres on the eccentric young officer, David Stirling, who is hospitalised after a training exercise went wrong. While recovering, he becomes convinced that traditional commando units aren’t fit for purpose and conjures up a radical plan that flies in the face of traditional modern warfare.

“He fights for permission to recruit the toughest, boldest and brightest soldiers for a small undercover unit that will create mayhem behind enemy lines. More rebels than soldiers, Stirling’s team are every bit as complicated, flawed and reckless as they are astonishingly brave and heroic,” an official BBC synopsis teases.

Who’s In The Cast Of SAS: Rogue Heroes?

Commenting on his latest project, the show’s writer and executive producer Knight said it has been a “privilege” to tell this particular story. “This is a war story like no other, told in a way that is at once inspired by the facts and true to the spirit of this legendary brigade of misfits and adventurers,” he added.

Meanwhile, the show’s executive producer, Karen Wilson, said that she is “incredibly excited” for the world to see the BBC drama. “A huge thank you to the series’ peerless cast and crew for bringing Steven Knight’s ambitious, extraordinary scripts to life with such skill and style.”

SAS: Rogue Heroes will air on BBC One and BBC iPlayer in 2022.

This article was originally published on March 11, 2021