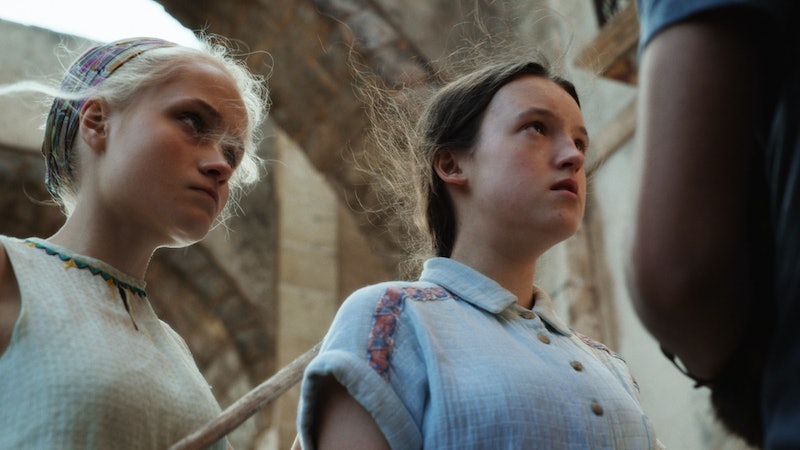 Game of Thrones viewers were quick to spot a fan fave in the second series debut of His Dark Materials. As Lyra (Dafne Keen) and Will (Amir Wilson) made their way through the mysterious city of Cittàgazze, the pair stumbled across Angelica, a young girl played by none other than Bella Ramsey.

Ramsey solidified her place in the GoT canon as the fierce Lyanna Mormont, a 10-year-old noblewoman and Lady of Bear Island. In His Dark Materials, Ramsey's Angelica warns Lyra and Will of the Spectres that haunt the lost city they find themselves in. As Popsugar notes, Spectres are "creatures linked to 'Dust' that can somehow steal the souls of adults."

Angelica first appears in The Subtle Knife, the second book in Philip Pullman's Dark Materials series which this season is based on, and plays a major role in the story. So expect to see more of Ramsey in upcoming episodes.

While Ramsey exudes a similar stoic demeanour as she did as Lyanna in GoT, her personality is far from that off-camera. "Ironically she's such a sweetheart," actor Dafne Keen told Radio Times. "She's so intelligent, so profound and so fun to be around at the same time. She's such a cool person and an incredible actress."

The second series of His Dark Materials continues Sundays on BBC One at 8.10 p.m. You can catch up with the series on BBC iPlayer.