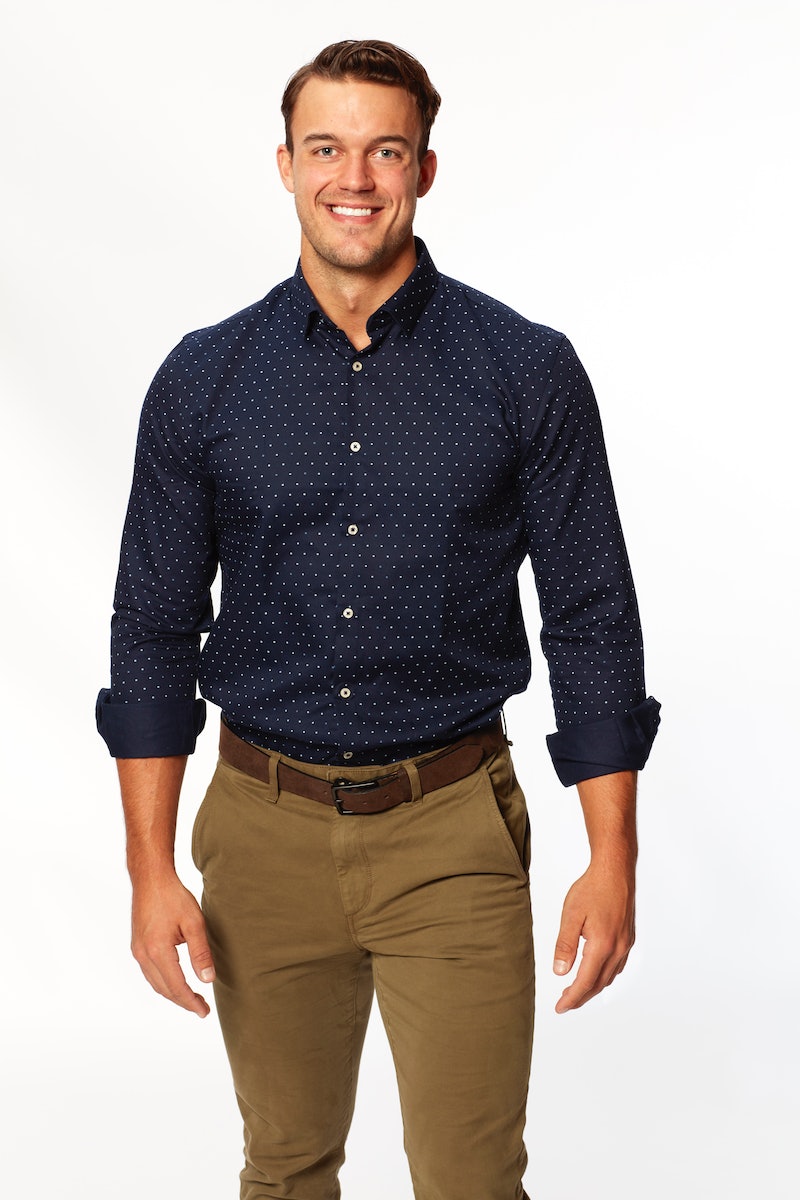 If The Bachelorette's Ben Smith can make it through military school, the drama in the mansion should be a breeze. Ben, a former Army Ranger, became a personal trainer after returning home from active duty. He's more than just a gym buff, though; he's also hoping to find a dance partner — or at least someone who will cheer him on when he breaks it down solo.

In the season preview featuring all of Clare's — now Tayshia's — contestants, Chris Harrison described Ben as "a big talker" who the other guys look up to. The longtime host also referred to Ben as the "gentle giant of the season," and you might want to grab tissues now because he has an "incredible" backstory. Here's everything to know about the California native.

According to his Bachelorette bio, Ben is a 29-year-old Army Veteran from Venice Beach, California who graduated from the United States Military Academy at West Point. After a major injury forced him to retire from active service, he "shifted his priorities in life" and became a personal trainer. Now that he's following his passion for health and nutrition, his life is exactly what he hoped. He's just looking for someone to share it with.

There's a lot to learn about Ben from his Instagram. He mostly posts workout pictures and videos, but he's taken much of his fitness content outdoors due to COVID-19 lockdowns. In the spring, Ben went on a shirtless photo journey to let his followers know that his abs have remained intact throughout quarantine. He's also a huge fan of dogs. On May 4, Ben posted a photo with a puppy and summed up his Instagram feed perfectly in the caption. "It’s 99% dumbbells, 1% dogs," he wrote.

What Else Should Fans Know About Ben?

Ben's high-intensity workouts and military background may lead fans to believe that he's a super serious guy, but the reality star loves to dance. According to his bio, he's looking for someone who can "keep up with him on the dance floor" or, at the very least support him when he "jumps in the middle of a dance battle." The reality star also pens love letters to show affection, sometimes treats himself to an ice bath, and once flew across the country to see a girl he'd never met. (Given that he's appearing on The Bachelorette, it doesn't seem the trip worked out.)

What Is Ben Looking For On 'The Bachelorette'?

Ben might be one of the younger guys this season, but it seems he's lived a lot of life and is now looking for someone to settle down (and dance) with. Per his bio, he's in search of a partner who can "openly communicate and stay emotionally available." Could that possibly be Tayshia?

Does Ben Find Love on The Bachelorette?

It's not clear if Ben will make it all the way to the final rose ceremony. He's been in the background while most of the Chasen and Ed drama has unfolded, and sadly his plan to get Tayshia alone in Week 6 failed. Though he patiently waited to share one last moment with Tayshia before the ceremony, he held back for too long and Noah (and his mustache) swooped in. He tried to talk to Tayshia afterwards, but she was already way too tired. “Ben,” she sighed, "the night’s over. I’m kind of disappointed you didn’t come find me earlier, to be honest.”

Now that Ben knows how fierece the competition is, he'll have to find another way to stand out and eventually win Tayshia's heart.

This article was originally published on Oct. 20, 2020