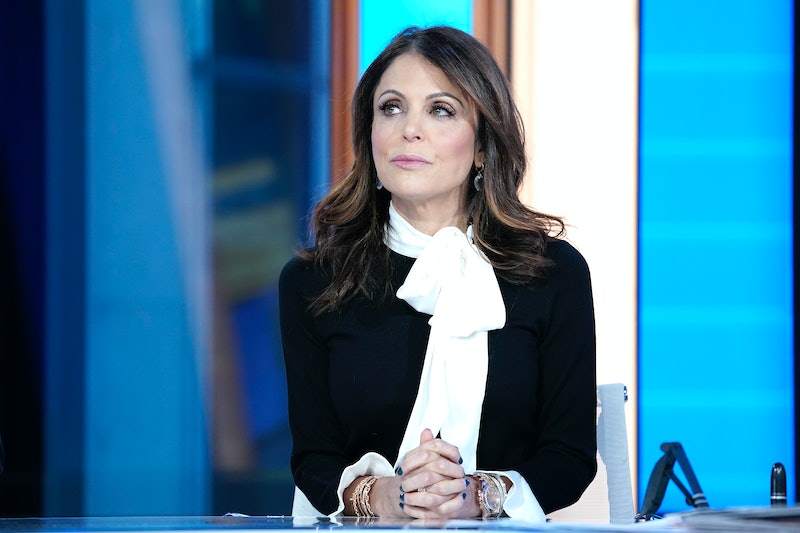 For most people, a simultaneous divorce and engagement would be too much to handle, but for Real Housewives, it’s just another Tuesday. Bethenny Frankel is reportedly engaged to film producer Paul Bernon, PEOPLE reported on Tuesday, March 23. The news comes mere hours after Page Six confirmed that the former Real Housewives of New York City cast member finalized her divorce from Jason Hoppy after a judge signed off on Jan. 20, following a strenuous eight-year court battle. Frankel has yet to comment or confirm the news.

Frankel and Hoppy married in 2010, which was chronicled on Bravo’s first Housewives spinoff show Bethenny Getting Married, before announcing that they were separating in December 2012 and filing for divorce the following month. Although they reached a financial settlement in 2016, the former spouses have been embroiled in a large custody battle over their 8-year-old daughter Bryn, which was settled in December 2020 with the terms remaining confidential.

Coincidentally, the tandem engagement and divorce news dropped on the same day Bravo released the Season 13 trailer for The Real Housewives of New York City. The new season will feature returning Housewives Ramona Singer, Luann de Lesseps, Sonja Morgan, and Leah McSweeney, who will be joined by attorney and radio host Eboni K. Williams, the show’s first Black Housewife. Frankel, an original cast member, made her second departure from the show in 2019, right before Season 12 started filming. And Bravo fans on Twitter are noting the oddly perfect timing of her big news.

Frankel first started dating Bernon in 2018, right before she departed RHONY. Engagement rumors had recently sparked as Frankel was spotted with a huge diamond ring on her engagement finger over the weekend. The couple has kept their relationship relatively low-key, but Frankel has gushed about him before. “He’s a good person who I love,” she told PEOPLE after a year of dating. “I don’t know if it’s a yin to my yang, but he’s really relaxed, he’s mellow and he’s very, very funny.”

Back in September, Frankel told Housewives head honcho Andy Cohen that she couldn’t think about marrying Bernon because she was legally linked to Hoppy, leaving Cohen stunned. “I’m still married,” she said on Watch What Happens Live. “Crickets again. And scene! And we’re back!” Now that she’s free from Hoppy, it seems that marriage was the first thing on her mind.