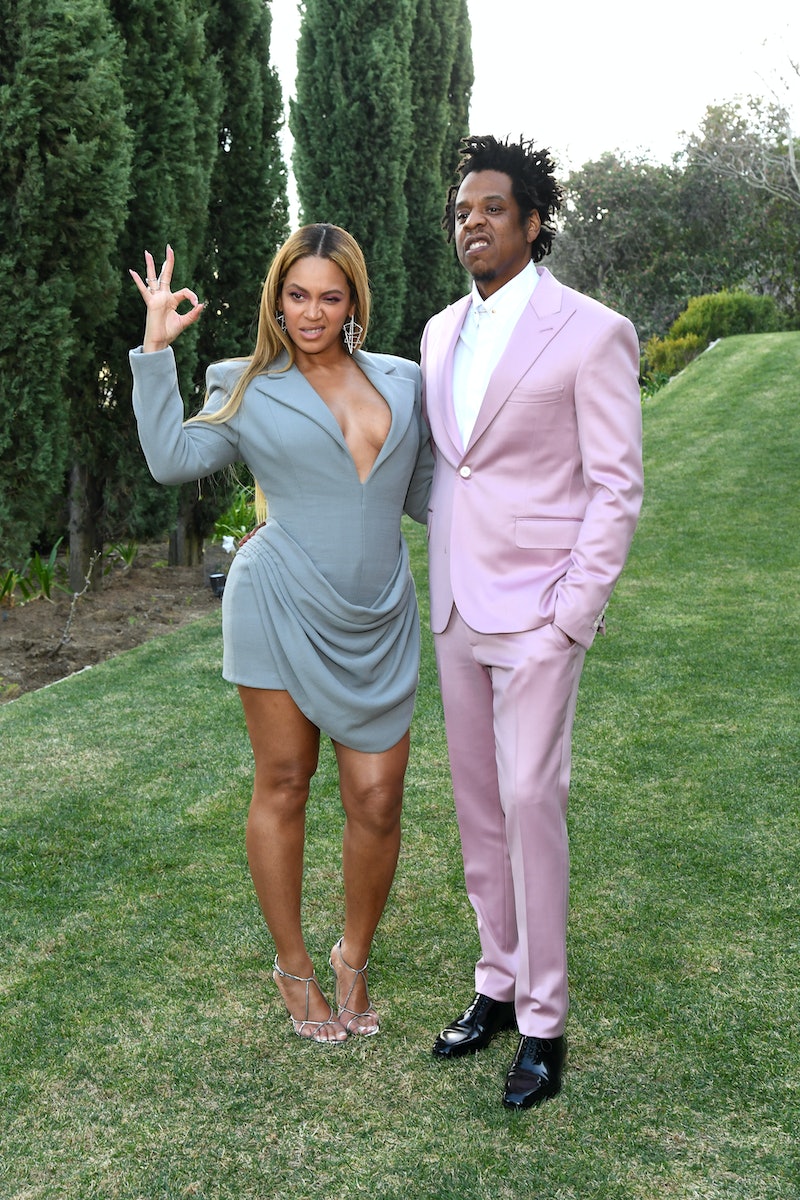 No one makes an entrance quite like music’s first couple. After skipping the red carpet, Beyoncé and Jay-Z made a surprise appearance at the 2021 Grammys. The camera panned to them during the Song of the Year category, for which Beyoncé’s “Black Parade” was nominated, showing the Carters in coordinated all-black ensembles complete with sunglasses and masks.

The unannounced cameo was made more exciting by the fact that Beyoncé entered the telecast with two 2021 Grammys wins already under her belt. She took home trophies for Best Rap Performance for the “Savage” remix with Megan Thee Stallion and Best Music Video for “Brown Skin Girl” alongside her 9-year-old daughter, Blue Ivy Carter. (Blue Ivy also casually made history as the second-youngest Grammy winner ever.)

Then, moments later, Beyoncé won the Grammy for Best Rap Song alongside Megan Thee Stallion, leading her to tie with Alison Krauss for most Grammy wins at 27 each. “I’m so proud of you,” Beyoncé told Megan onstage. “Beyoncé came up here, really?” Megan replied, seemingly in as much disbelief as everyone that her collaborator had showed up to the Grammys. During her speech, Megan also revealed her relatable career philosophy: “What would Beyoncé do, but make it a little ratchet.” In turn, Bey thanked Megan for inviting her to collaborate on the “Savage” remix. “I have so much respect for you and I'm honored you asked me to be a part of the song!” she said.

Beyoncé’s attendance at the Grammys was especially surprising because she declined the opportunity to perform. “It’s unfortunate, because she’s such a big part of the Recording Academy,” Interim Recording Academy CEO and president Harvey Mason Jr. told the Los Angeles Times. “We absolutely wish we had her onstage.”

Luckily, the Beyhive was still treated to Beyoncé at the 2021 Grammys, albeit offstage.

More like this
Ed Sheeran’s Surprise Gig Included An Iconic Britney Spears Tribute
By Bustle Editors and Darshita Goyal
Lizzo Twerks While Playing James Madison's 200-Year-Old Crystal Flute Onstage
By Radhika Menon
Everything To Know About Taylor Swift’s 10th Studio Album, 'Midnights'
By Grace Wehniainen and Jake Viswanath
Stormzy Made A Passionate Speech About The Importance Of Diversity
By El Hunt
Get Even More From Bustle — Sign Up For The Newsletter