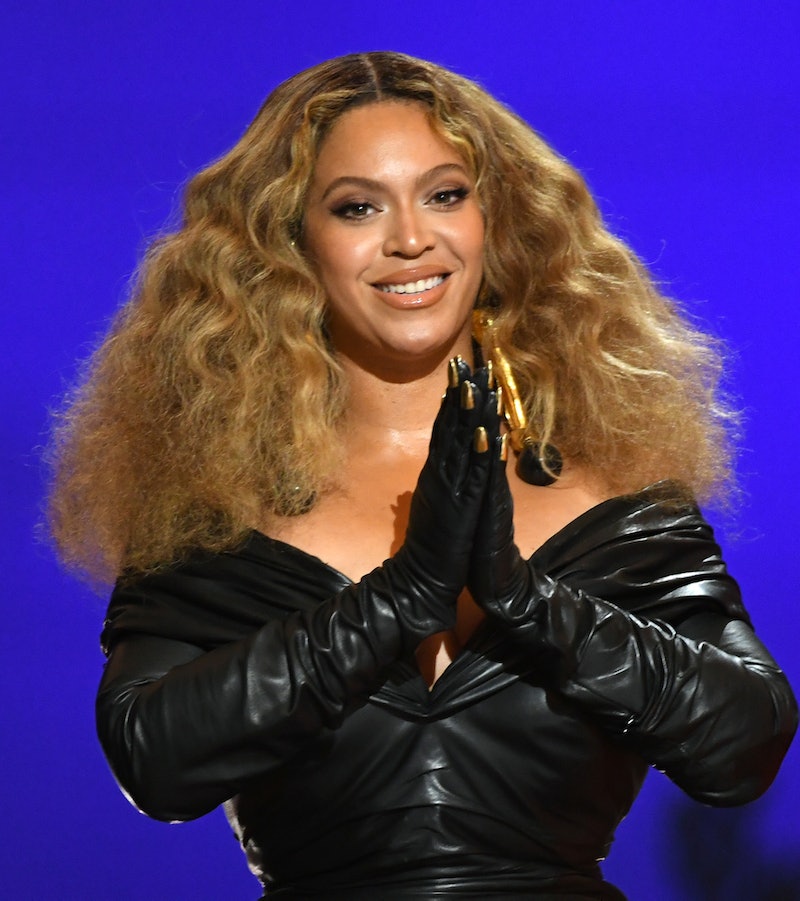 Bey-hive, rise up! Earlier this year we suffered a week of intense teasing when Beyoncé deleting all of her profile pictures on social media, signaling a forthcoming announcement. The singer then posted this cryptic clue pointing to Brandy’s fittingly named album “B7” via her charity BeyGOOD. And now the truth is out: Beyoncé’s first album since her 2016 record Lemonade is finally on its way. That’s right, prepare yourselves for the Renaissance.

According to some lucky early listeners, Beyoncé’s seventh studio album (also nicknamed “B7” by fans) apparently takes inspiration from nights out on the tiles, and yearning for togetherness and hedonism during lockdown. It’s said to be a nod to dance music, too.

From track-lists to release dates, here’s everything we know so far about the long-awaited new project from Queen Bey.

Despite her affinity for a surprise release in the past, Beyoncé has shared a concrete release date for her new album already. On June 16, the singer shared the words “act i … RENAISSANCE” on her official website, accompanied by the date July 29. Fans have already pointed out that this means there could well be other acts to follow. A series of mysterious merch bundles are already up for pre-order.

According to a page from Apple Music unearthed by intrepid fans, we know there will be 16 tracks on Renaissance. Four days after the album announcement, she blessed us with the first single, “Break My Soul,” that makes good on the promise of dance-inspired music. The track features a sample of Big Freedia’s 2014 hit “Explode,” which the rapper told Bustle was originally written “about the daily stresses of life and coming to the club to release it all.” She went on to explain that the Beyoncé single encourages everyone to “let go of stresses in life, of relationship stress, work stress, pandemic stress.”

Beyoncé herself backed up this claim in an Instagram post on June 30 that debuted the album’s cover art and included a rare caption from the singer. The artwork features Beyoncé atop an ethereal, translucent horse with a caption that explained her vision and inspiration for the project: “Creating this album allowed me a place to dream and to find escape during a scary time for the world. It allowed me to feel free and adventurous in a time when little else was moving. My intention was to create a safe place, a place without judgment. A place to be free of perfectionism and overthinking. A place to scream, release, feel freedom. It was a beautiful journey of exploration. I hope you find joy in this music. I hope it inspires you to release the wiggle. Ha! And to feel as unique, strong, and sexy as you are.”

‌It’s not the first time Beyoncé has posed with horse imagery in recent years and fans have speculated that she’s tapping into the lore of the four horsemen of the apocalypse, which are associated with the colors white, red, black and pale and symbolize conquest, war, famine, and death, respectively. In the 2020 “Black Is King” movie, she sat atop a white horse; in the revealing Vogue UK profile released in conjunction with the Renaissance announcement, she was styled with a red horse; and the August 2021 Harper’s Bazaar profile photographed her with a black horse. If the theory is to be believed, the Renaissance album cover reflects “death” while the title could hint at a subsequent rebirth.

On July 20, Beyoncé released the official track listing via her Instagram Story and confirmed the 16-track theory. The listing is as follows:

Beyoncé has since published the album’s composer credits, unveiling a long list of A-List collaborators and inspirations alike. Though the credits don’t distinguish between who contributed vocals versus writing or producing a track, the album’s vinyl art revealed only three credited vocal features on the album: Jamaican-American rapper Beam on “Energy” and both Grace Jones and Nigerian artist Tems (whose song “Vibe Out” just appeared on President Barack Obama’s summer 2022 playlist) on “Move.”

Aside from husband Jay-Z who is credited on three tracks (“Break My Soul,” “Alien Superstar,” and “America Has A Problem”), the biggest name is Aubrey Drake Graham aka Drake who is listed as a collaborator on “Heated.” Drake is fresh off of his own dance-inspired album Honestly, Nevermind that featured producers Bo-1da, who also appears within “Heated”’s credits as Matthew Samuels, hinting that the song might borrow from his interpretation of dance music.

The-Dream, Skrillex, Pharrell / The Neptunes, Nile Rodgers, Raphael Saadiq, Mike Dean, Neenyo, and Hit-Boy are other high-profile singer/song-writers and music producers who have been confirmed within the album’s digital liner notes. Denisia “Blu June” Andrews and Brittany “Chi Coney” Coney, who comprise the writing and production duo NOVA WAV, rack up the most appearances with their names credited to eight of the 16 tracks. NOVA WAV has worked on songs for Ariana Grande and Nicki Minaj, and previously collaborated on Beyoncé and Jay-Z’s joint album. OneRepublic’s Ryan Tedder was previously announced as a songwriter on the album, but his name does not appear within the announced credits.

The French word for “rebirth,” renaissance most commonly refers to a period of rapid artistic and social growth between the 14th and 16th centuries — taking Europe from the Middle Ages to modernity. From Leonardo Da Vinci to Michelangelo, some of the most famous classic artists of all time were making art during this important cultural period of reinvention, and it’s possible Bey has chosen the title to represent a kind of metaphorical creative rebirth of her own.

Eagle-eyed fans will note that Beyoncé first teased the title of her seventh album last year in an interview with Harper's Bazaar – expanding on some of the themes at the heart of the record in the process, and linking it to the loneliness of lockdown. “With all the isolation and injustice over the past year, I think we are all ready to escape, travel, love, and laugh again,” she said. “I feel a renaissance emerging, and I want to be part of nurturing that escape in any way possible. I've been in the studio for a year and a half.”

Unsurprisingly, Beyoncé’s seventh album is tightly under lock and key, but British Vogue editor Edward Enninful was treated to a super-rare listen as he profiled the pop superstar for the fashion glossy’s July cover. Giving a tantalizing hint of things to come, Enninful hinted at a melting pot of subcultures and a prominent dance influence. “Soaring vocals and fierce beats combine and in a split second I’m transported back to the clubs of my youth,” he wrote.

“I want to get up and start throwing moves. It’s music I love to my core,” he added. “Music that makes you rise, that turns your mind to cultures and subcultures, to our people past and present, music that will unite so many on the dance floor, music that touches your soul.” Given that Enninful was a self-confessed London club kid in the late ‘80s and early ‘90s, that certainly bodes very well indeed.

Elsewhere Enninful also explained that the downtime afforded to Bey by two years of lockdowns has given her more space than ever before to consider her next move. “The creation has been a long process… giving her far longer to spend thinking and rethinking every decision,” he wrote.

A teaser post by Vogue also seems to pinpoint musical influences from the later portion of 20th Century — most likely, the ‘80s and ‘90s. “Queen Bee has trained her considerable artillery on America’s musical soundscape of the late 20th century,” they write, adding that it might be her most “ambitious musical project to date.” We can hardly wait.

More like this
Adele Just Spoke Out About The Real Reason She Cancelled Her Vegas Residency
By El Hunt
Leona Lewis & Husband Dennis Jauch Welcomed Their First Child
By Darshita Goyal
Beyoncé Is The First Woman To Have A No. 1 Album Since Adele Did Almost A Year Ago
By Radhika Menon
Zayn Malik Just Revived One Direction With Their Most Romantic Song
By Maxine Harrison
Get The Very Best Of Bustle/UK

This article was originally published on June 16, 2022