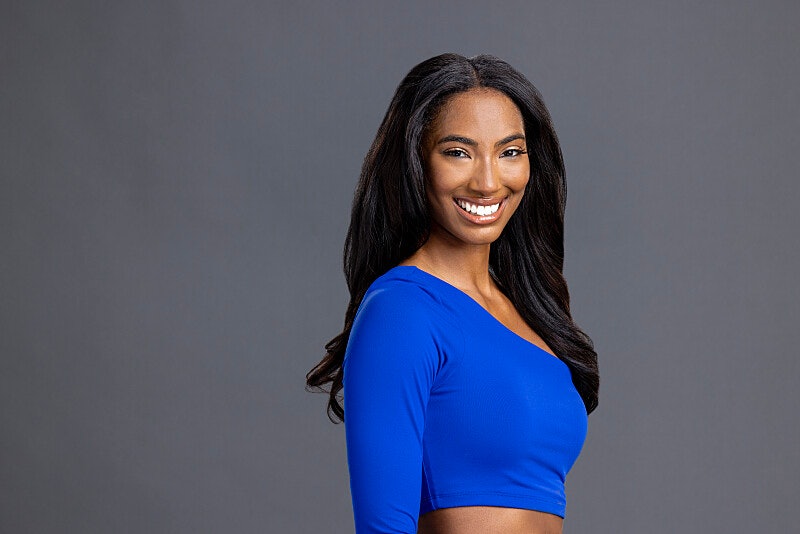 In the summer of 2021, Big Brother made history when the six Black houseguests of Season 23 formed The Cookout alliance and outsmarted the remaining 10 contestants to become the last six standing, ensuring that the reality competition series would crown its first Black winner. But with Season 24, the houseguests have taken two steps backward. Big Brother 24 has come under fire for the treatment of contestant Taylor Hale, a Black stylist and beauty queen who has become the target of bullying and rumors from some houseguests, leading fans to accuse them of colorism and making micro-aggressions. And even three weeks into the game, it hasn’t stopped.

Several past Big Brother contestants, including some in “The Cookout” alliance, spoke out against the contestants’ treatment of Taylor, with Season 23 winner Xavier Prather condemning the show’s history of mistreating Black houseguests. “The treatment of Taylor in #BB24 is a prime example of why The Cookout was formed,” he wrote on Twitter on July 10. “Members of the Black community (especially Black women) and other people of color stand no chance in the Big Brother house due to perpetuation of micro-aggressions and unconscious biases which plague our society.”

Host Julie Chen has also addressed Taylor’s experience in the house. “Micro-aggressions are real and they happen,” she told E!'s Daily Pop on July 14. “I don't think most people, when they are committing it, that they are even aware of what they're doing.” Fans previously thought the hatred of Taylor would stop after one of her main perpetrators left the Big Brother house, but weeks into the game, Taylor has only experienced more intense bullying, and fans won’t stop speaking out. Here’s everything you need to know about the BB24 controversy.

Why Is Taylor Getting Bullied On Big Brother?

It started after the July 7 premiere, as Daniel Durston was named the first Head of Household. Taylor quickly became a target for him and his fellow contestants, who ostracized her from the group that week. Even before the second episode aired, fans who follow the show’s 24/7 live feeds compiled snippets of many houseguests’ remarks about Taylor, leading viewers to accuse them of bullying and micro-aggressions against the 27-year-old contestant. Daniel was heard telling fellow houseguest Nicole Layog, “The minute I saw her I knew it was going to be bad news,” with fans thinking he made a snap judgment without proof based on her appearance.

Houseguest Paloma Aguilar, who quickly grew close to most contestants, helped spearhead the house’s treatment of Taylor. In one episode, Paloma was seen calling Taylor a “lying bitch,” and according to the Big Brother Daily updates account, she said Taylor “scares the sh*t out of me” and everyone else. In another clip, contestant Monte Taylor criticized her for walking around the house in the gown that she called her “finale dress” and said she had a problem connecting with people.

Others have implied that Taylor was “aggressive,” with Joe “Pooch” Pucciarelli, who has since been evicted, saying Taylor would “show her true colors” if she was nominated for eviction. Terrance Howard also argued that she had “the attitude that gets you kicked out of the house.” However, Taylor’s online defenders have pointed out that there are no examples of such behavior from her, attributing their comments to colorism. Season 23 contestants Kyland Young and Derek Frazier told The Daily Beast that they hadn’t seen her act this way after watching the game so far. Taylor was later spotted crying by herself on the live feeds.

Ironically, Daniel seemed worried about looking racist by nominating Taylor for eviction against Terrance, another Black houseguest. “Dude, if people think I’m f*cking racist when I leave this house, I’m f*cked,” he told Monte. Paloma later replied, “A lot of people are like, ‘It’s f**ked up to put two Black people on the block or vote two Black people out of the house,’ like Taylor then Terrance, but I don’t see it that way.” As predicted, Taylor was put on the block without a fair reason. However, she ended up being safe after Paloma removed herself from the game just hours before the live eviction, and the show decided that no houseguest would be evicted that week.

Did Paloma Leave The Game Because Of Taylor?

After self-evicting herself, Paloma defended her behavior in a statement to US Weekly. “It’s crazy how people jump to conclusions with the whole racist bit,” she said. “Taylor and I are actually good friends so please keep hyping her up! She’s a QUEEN.” According to the San Diego native, she grew close to Taylor toward the end of her time in the house and claimed the show didn’t portray that. “The thing is they cut the beginning clips and ran with it,” she said. “She didn’t try to ally with any of the girls and unfortunately our convo about that wasn’t aired.”

In an Instagram post, Paloma explained that she left due to an “ongoing mental health battle” that began during the game and said the show was edited “to fit a narrative for ‘good TV’.” However, the bullying of Taylor didn’t cease after Paloma left the game.

Has The Bullying Of Taylor Stopped?

Fans were up in arms again after the July 27 episode, when Daniel launched into a screaming tirade aimed at Taylor. The encounter started after Taylor tried to comfort an emotional Nicole, her partner in the game’s “Festie Bestie” twist, which forces contestants to play as a duo. Nicole said she interpreted Taylor’s consoling efforts as a passive-aggressive attack. When she told Daniel what she thought Taylor was trying to do, he yelled at Taylor in front of other houseguests, even pinning Paloma’s choice to leave the game on her. “Don't speak to me until the finale,” he said. “The same s**t you did to Paloma, you're doing to her. You can f**k right off.”

Taylor thought Daniel was joking at first, then quickly realized how heated he was. “No, stop. I will never forget what you did to Paloma,” he yelled. "You think she didn't spiral because of you? You didn't add to that? And now you're trying to do it to Nicole, the mind games?” This made Taylor try to patch things up with Nicole, even apologizing for any misunderstanding. However, Nicole went as far as to throw the Veto competition, which can save a houseguest from nomination, to get Taylor and herself on the block, thinking the house would vote out her “Festie Bestie.” But it didn’t work.

Who Are The Leftovers?

As shown on the July 27 episode, the week’s nominee Michael Bruner won the Power of Veto, saving “Festie Bestie” Brittany Hoopes and himself from eviction. Afterward, houseguests Joseph Abdin and Kyle Capener realized that other contestants formerly aligned with Paloma have unnecessarily villainized Taylor. Together, they formed a plan to start an alliance called The Leftovers with houseguests on the outskirts, including Taylor, Michael, Brittany, and the current Head of Household, Matthew Turner.

When the rest of the house thought Taylor was about to go on the block again, Turner pulled a fast one and instead nominated the duo of Terrance and Ameerah Jones, securing Taylor’s safety and giving her a fighting chance in the game going forward.