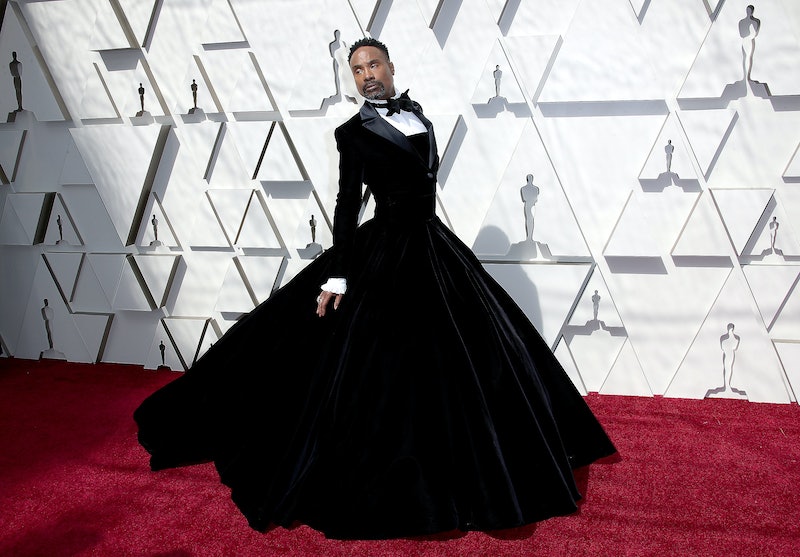 Emmy-winning Pose actor and style icon Billy Porter has spoken up about the fashion industry's hesitance to accept his non-binary style in a new interview. Porter also criticised Vogue U.S.’s decision to photograph Harry Styles wearing a dress for its landmark December 2020 cover, stating that all the musician has to do “is be white and straight” to be accepted.

Porter, 52, who recently starred in Amazon’s adaptation of Cinderella, spoke to Sunday Times in an interview published on Oct. 17 about his illustrious career and trailblazing red carpet looks.

Speaking specifically about non-binary dressing, Porter said, “I changed the whole game. I. Personally. Changed. The. Whole. Game. And that is not ego, that is just fact. I was the first one doing it and now everybody is doing it.”

Porter made headlines when wearing a custom-made Christian Siriano tuxedo gown to the 2019 Oscars to challenge Hollywoods’ limited dress code and was widely praised for the red carpet moment. However, the star says he’s not “convinced” that he’s accepted by mainstream fashion.

“I feel like the fashion industry has accepted me because they have to,” he said in his Sunday Times interview. “I’m not necessarily convinced and here is why. I created the conversation [about non-binary fashion] and yet Vogue still put Harry Styles, a straight white man, in a dress on their cover for the first time,” he added.

Last year, Harry Styles became the first solo male cover star in the Vogue U.S.’s history, with the musician photographed wearing a Gucci dress for the magazine's December 2020 issue. Styles is often celebrated for subverting masculinity with his fashion choices, and told Vogue in his landmark interview that “clothes are there to have fun with and experiment with and play with.”

Styles also said that he was excited that “lines are just kind of crumbling away” when it comes to gendered clothing, adding that “I’ve never really thought too much about what it means – it just becomes this extended part of creating something.”

For Porter, who states that his own show-stopping fashion choices are “political”, Vogue's choice in cover star didn’t necessarily push the conversation around non-binary fashion forward.

“I’m not dragging Harry Styles, but he is the one you’re going to try and use to represent this new conversation? He doesn’t care, he’s just doing it because it’s the thing to do,” Porter clarified.

The actor and musician added: “This is politics for me. This is my life. I had to fight my entire life to get to the place where I could wear a dress to the Oscars and not be gunned now. All he has to do is be white and straight.”