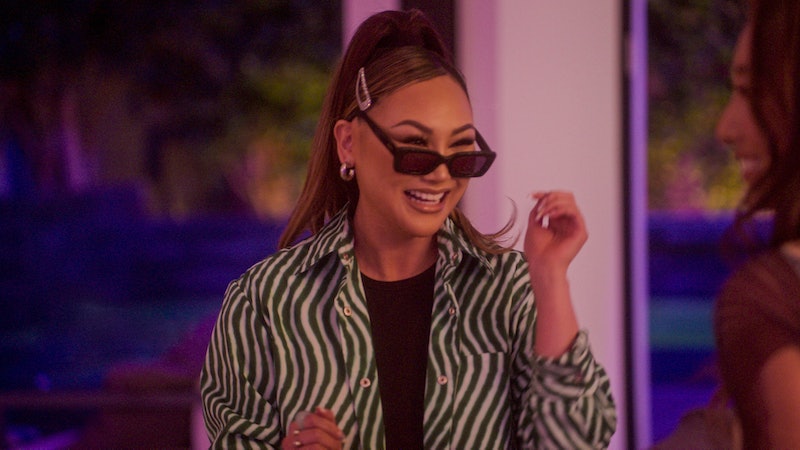 From Rodeo Drive to the Big Apple, Bling Empire is on the move. Netflix’s hit reality show is expanding to a new coast and setting up shop in New York City. Much like the original series, Bling Empire: New York will follow a group of wealthy and ostentatious Asian Americans as they navigate the drama that comes from being part of high society. Audiences can expect the same glitz and infighting they enjoyed across the first three seasons of Bling Empire, with an East Coast twist and a familiar face.

Here’s everything to know about the new Netflix spinoff, Bling Empire: New York.

New York is positioned as the playground for the season’s cast, most of whom have brief introductions in the trailer. There’s Tina, the fashion-forward It Girl, as well as Stephen and Deborah, a duo described as equal parts charismatic and vindictive. There’s also Richard, who boasts about dating half of the women in New York City, which may ultimately include Dorothy Wang.

Fans of Bling Empire will recognize Dorothy from the original series; in the trailer, she’s our entry point into this new group of high rollers. She starts off by stating that she hopes to “vibe” better with the men of New York, given she hasn’t had a lot of luck with the men in Los Angeles. There’s a moment where she seems to allude to some history with Richard, which will likely be a storyline in Season 1. However, Dorothy’s screen time covers more than just her dating life — we also see her trying to navigate the pressures of New York society. “Sometimes I don’t want to have to unleash,” she says in the trailer. “But I will.”

Along with announcing the new series on Oct. 4, Netflix also released the first trailer for Bling Empire: New York.

Netflix hasn’t released too much information about the upcoming series beyond its first look teaser that appeared at the end of Bling Empire Season 3. So, Bling Empire: New York’s exact premiere date is unknown; we only know from the teaser that it is “coming soon.”

We also can’t glean much from the production patterns of the predecessor series. Bling Empire first premiered in May 2021, and Season 2 dropped in March 2022. To make matters more complicated, Bling Empire Season 3 began streaming on Oct. 5, 2022. That leaves us with incongruous premiere schedules and two seasons being dropped in the same year. We do know that some of Bling Empire: New York Season 1 has already been filmed, and based on Netflix’s decision to drop two seasons in a single year, they may be angling for a quicker release schedule. For now, our best guess is that Bling Empire: New York will likely hit screens in early 2023.

This article will be updated as new information about Bling Empire: New York Season 1 becomes available.

More like this
Watch The Gripping First Trailer For The 'Harry & Meghan' Netflix Doc
By Jake Viswanath
Julia Haart’s Husband Fired Her As CEO Of Elite World Group
By Brad Witter
Cole Says He's In Therapy After 'Love Is Blind' & It's Been "Liberating"
By Grace Wehniainen
At 28, Prue Leith Was In A Secret Affair & Sharing Apple Pie With Stoned Neighbors
By Grace Wehniainen
Get Even More From Bustle — Sign Up For The Newsletter