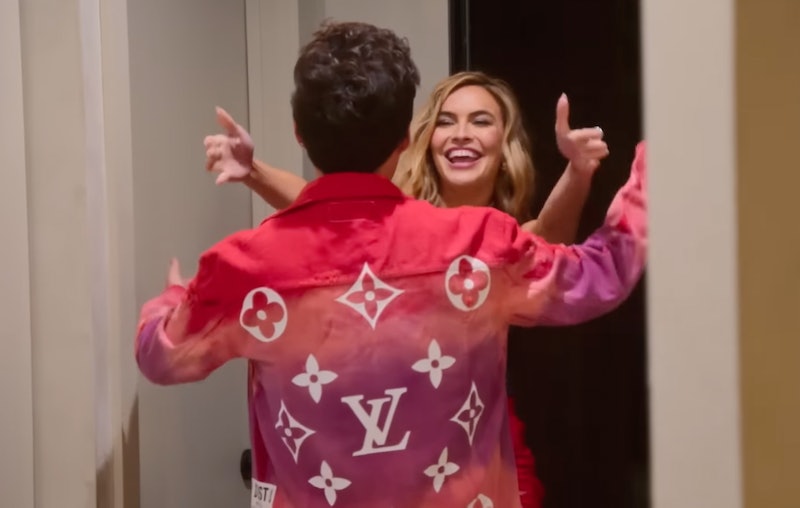 One of Netflix’s most ostentatious reality shows is finally set to return. Get ready to shine once again alongside the glorious cast of Bling Empire. The Netflix reality show rose to prominence in 2021 after featuring some of the wildest and wealthiest Asian and Asian American socialites in Los Angeles, California. Their high-society antics have given as much glitz and glamour as you could possibly want or expect from a glance inside their world, so what can viewers expect from the luxurious drama in Season 3? Keep scrolling for everything we know so far about the upcoming series.

Netflix has confirmed that the third season of Bling Empire will arrive on Wednesday, Oct. 5.

“Picking up where we last left LA’s fabulous and (mostly) wealthy Asians, the tension is at an all-time high in this friend group — but that won’t stop them from living their best lives,” an official synopsis teases of the new series.

As fans will recall, Season 2 introduced some brand new cast members, including Dorothy Wang, the socialite daughter of billionaire Roger Wang and a Rich Kids of Beverly Hills alum, and philanthropist Mimi Morris. For Season 3, those confirmed to be appearing include Anna Shay, Kevin Kreider, Kim Lee, Kane Lim, and Christine Chiu.

Netflix dropped the drama-filled Bling Empire Season 3 trailer on Sept. 21, giving viewers a first glimpse of the new series. To the delight of reality TV fans, Selling Sunset’s own Chrishell Stause makes a surprise cameo in the teaser clip, during which she arrives at Kane Lim's house dressed in a matching outfit. A Netflix crossover for the ages.

In late April, one of the show’s stars, Kelly Mi Li, accused executive producer Jeff Jenkins of stealing the concept of Bling Empire without giving her credit, per People. Li claimed in the lawsuit that she told Jenkins about her idea for a reality show about wealthy Asian Americans living in opulence in Los Angeles as early as 2018. (Jenkins did not comment on the report.)

Li also alleged that she and Jenkins worked closely together across a series of months to develop Bling Empire, “leading to the successful sale of the” show, per People. She claimed that Jenkins and his production company “took and exploited Plaintiff Li’s concept and materials, and entered into agreements creating obligations.” Li is therefore looking to be named, paid, and regarded as an executive producer for Bling Empire.

More like this
Yes, That Is Victoria & Another ‘BiP’ Alum In Zach’s ‘Bachelor’ Trailer
By Kadin Burnett and Grace Wehniainen
At 28, Prue Leith Was In A Secret Affair & Sharing Apple Pie With Stoned Neighbors
By Grace Wehniainen
The 'Wednesday' Creators Are Already Discussing A Potential Season 2
By Brad Witter
Everything To Know About Meghan & Harry's Netflix Documentary
By Jake Viswanath
Get Even More From Bustle — Sign Up For The Newsletter

This article was originally published on May 13, 2022