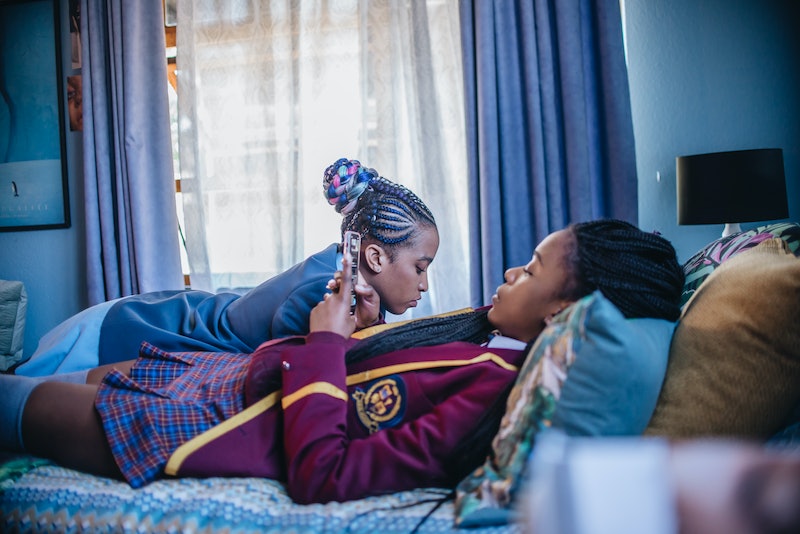 The South African Netflix hit, Blood & Water is finally returning for its third season this month to the delight of fans around the world. The teen investigative drama series, which first kicked off in 2020, quickly racked up a strong fan base leading Netflix to renew it for multiple seasons. The show follows two girls who attend the same high school, Parkhurst High. Through much digging, the pair discover that they are actually biological sisters. Blood & Water follows their long and complicated journey to find out why they were separated at birth. But when can we expect from Season 3 of Blood & Water? Here’s everything you need to know about the new season.

After a start-stop plot line in the first season, Season 2 of Blood & Water finally confirmed that Puleng Khumalo and Fikile Bhele are half-sisters, following a DNA test revealing that they do in fact share the same mother. However, as Fikile was born out of an affair, the series did not clarify exactly who her biological father really is, and fans are, of course, pretty curious.

Now, Season 3 promises to be the most revelatory season yet, as the official title of the new series reads: “There Is No Escape From The Truth.” Fikile will meet with her birth mother and learn more about her heritage, and you can also expect more action-packed drama added into the mix with a new murder included in the new season.

Ama Qamata will reprise her role as Puleng in the third season, as will Khosi Ngema who will return as her sister, Fikile. Other actors returning to the series include Thabang Molaba starring as love interest Karabo “KB” Molapo and Dillon Windvogel as Wade Daniels. Other actors appearing in Season 3 include Greteli Fincham, Arno Greeff, Mekaila Mathys, and Natasha Thahane.

Netflix is set to drop Season 3 of Blood & Water on Nov. 25. The teaser for the new series was released last month, with an official trailer yet to be released. The teaser highlights that the new season will have the “same friends,” as well as “fresh blood,” hinting that both old and new characters will appear in the series.

More like this
Everything To Know About The 'Daisy Jones & The Six' TV Series
By Maxine Harrison and Brad Witter
The OG Power Rangers Are Returning For A Spandex-Clad Special
By El Hunt
Your Guide To Watching 'Everything Everywhere All At Once' In The UK
By El Hunt and Sophie McEvoy
Con O'Neill Was Connected With Sarah Lancashire Long Before 'Happy Valley'
By El Hunt
Get The Very Best Of Bustle/UK
Sign up for Bustle UK's twice-weekly newsletter, featuring the latest must-watch TV, moving personal stories, and expert advice on the hottest viral buys.