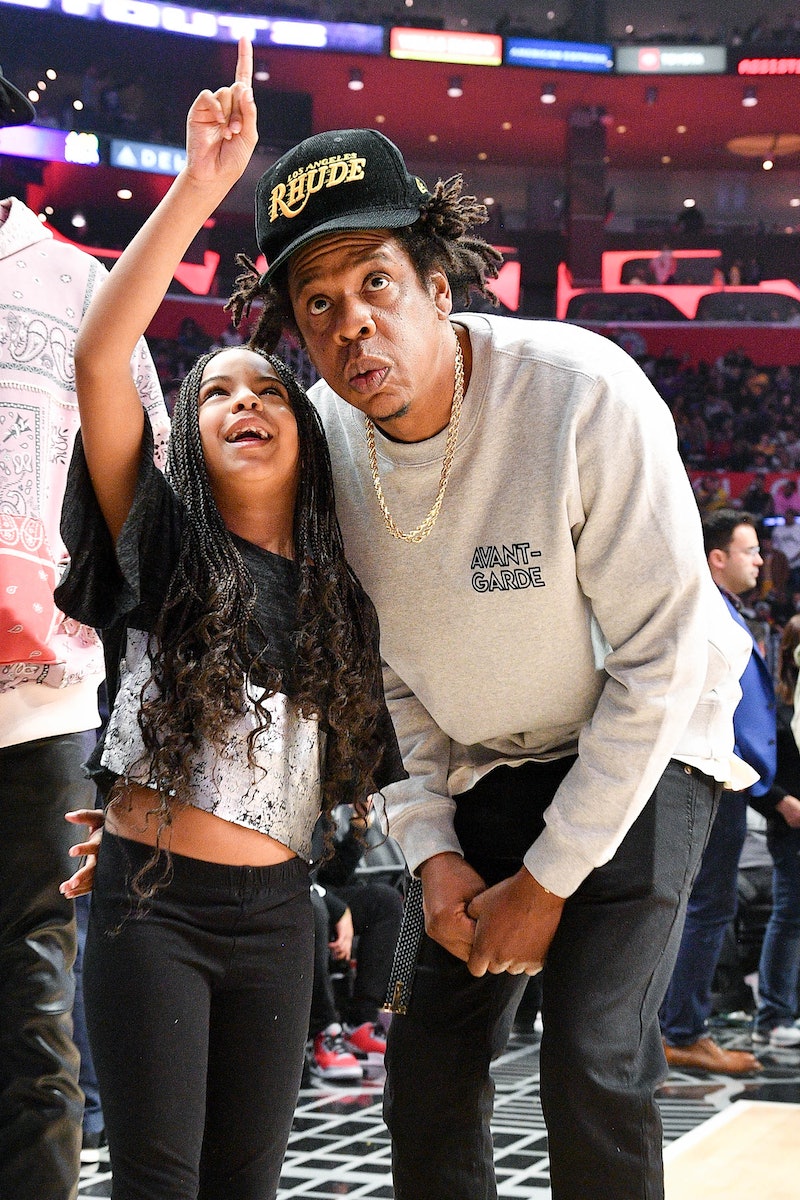 Beyoncé isn’t the only Carter family member that had reason to celebrate on Grammy night. After winning her first Grammy Award, Blue Ivy Carter celebrated by drinking out of her trophy, just like her father Jay-Z did back in 2013 with one of his many Grammys. Leave it to the Carters to create the most clever and luxurious family traditions.

On Wednesday, March 17, Beyoncé posted a video montage on Instagram, sharing photos from her history-making Grammy night, where she won four awards and broke the record for the most Grammys won by a female artist and any singer, with 28 total career wins. But more importantly, her 9-year-old daughter won her first Grammy, and made history of her own. Blue Ivy is the second youngest Grammy winner ever, after Leah Peasall, who won in 2001 when she was 8 for her work on the soundtrack to O Brother, Where Art Thou?, which won Album of the Year.

The singer shared several photos from her big night, including snapshots with Harry Styles and Billie Eilish, who looked utterly starstruck in Queen Bey’s presence. But the most compelling picture was Blue Ivy drinking out of her trophy, much like her dad did eight years ago, when Jay-Z’s publicist posted a snapshot of the rapper pouring D’Usse Cognac into his newly won Grammy statue. There’s no word on what Blue Ivy was sipping out of her new gold cup, but we’d be disappointed if it weren’t lemonade.

Blue Ivy took home her first Grammy after winning Best Music Video for “Brown Skin Girl,” her collaboration with her mom, SAINt JHN and WizKiD from Bey’s 2019 The Lion King: The Gift soundtrack. The video was a part of Beyoncé’s Disney+ film Black Is King, which was also nominated for a Grammy in the Best Music Film category, but lost to Linda Ronstadt: The Sound of My Voice.

Beyoncé may have the most Grammys of almost everyone (save for late conductor Georg Solti, who has 31 trophies), but at this rate, Blue Ivy is already on track to break her mother’s record — should she decide to pursue music, of course.