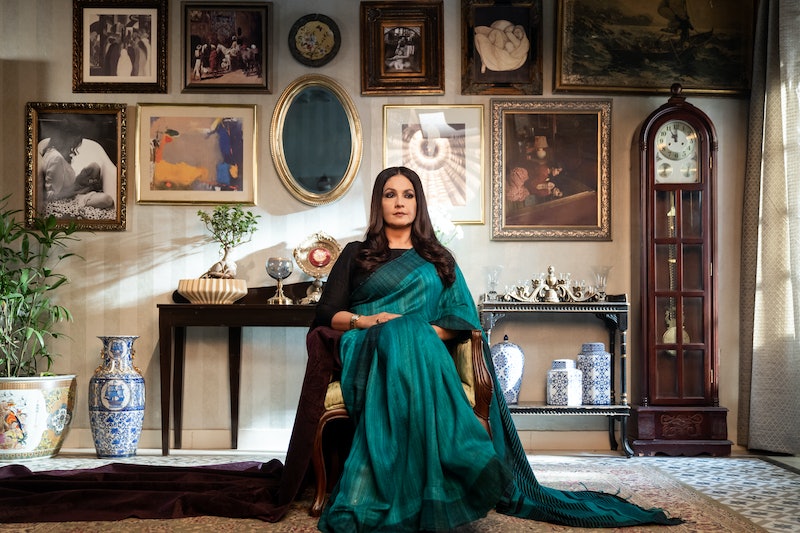 Set in the high-octane world of international finance, Netflix’s new original series Bombay Begums tells the interconnected stories of five Mumbai women as they navigate their ambition within the City of Dreams. Writer and director Alankrita Shrivastava told The Hindu that she wrote the show with the intention of exploring the “balancing act” at the center of modern Indian life. And while Netflix has yet to renew Bombay Begums for a second season, Srivastava assured the paper that her interests haven't changed. “Right now I’m very happy to work on more stories about women, their thoughts, their lives and their complexities,” she said.

In addition to a powerful banking exec and a sex worker who lives in a chawl, Bombay Begums follows two other Royal Bank of Bombay employees — one on the management fast-track, the other on the bottom rung of the corporate ladder — and the CEO’s stepdaughter, Shai, as each of the characters reckon with their womanhood and its implications. For example, in Season 1, Shai is eager to grow up at the same time as her stepmom Rani is experiencing the onset of menopause. There’s also a surrogacy storyline, as well as a character exploring her sexuality. “While it is a story about ambition, I feel that for women, ambition bears the caveat of what is happening with our bodies,” Shrivastava said.

The show’s first season also marks the return of actress Pooja Bhatt. After a 20-year hiatus, it was the role of Rani, a middle-aged woman in a position of tremendous power, that finally lured her back to the screen. “I had gone from being a teenage sensation to being a star, and then a spate of independent films followed. Then I became a producer and director,” she told the website Scroll of her career journey until now. “And then to be offered this. I jumped at it because I thought it was something that would give me more than the other stuff out there. It came to me at a time when women are told, you have gone past your prime.”

Bombay Begums is dedicated to telling its story in a way that centers women, even naming its episodes after important feminist novels like The Golden Notebook, The Bell Jar, and The Color Purple. But Shrivastava clarified to The Hindu that she's not interested in telling women’s stories simply because they are women. “I think I’m interested in people who don’t have it all,” she said. “Somehow I have nothing to say or examine about an upper-caste, cisgender man.”

More like this
The 'Heartstopper' Cast Were Spotted Filming In A Major City
By Nola Ojomu and Sam Ramsden
'Elite' Season 6 Is Arriving Sooner Than You Think
By Gretchen Smail and Grace Wehniainen
The ‘You’ Season 4 First Look Shows Joe’s New Identity And Potential Victims
By Bustle Editors
Nicola Coughlan Shared A Lady Whistledown Excerpt From ‘Bridgerton’ Season 3
By Grace Wehniainen, Alyssa Lapid and Sam Ramsden
Get Even More From Bustle — Sign Up For The Newsletter