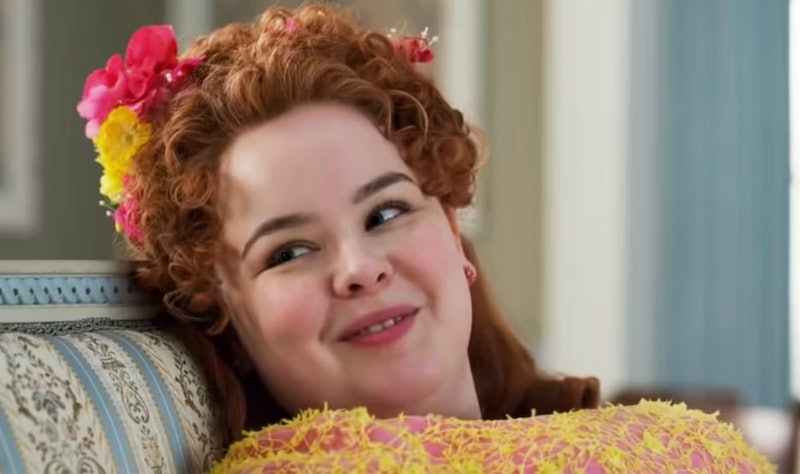 We’ve had many epic moments thanks to Netflix’s Bridgerton. From the entire cast learning choreography to Sister Sledge’s “We Are Family” to the easter eggs hidden within the series, the highlights just keep on coming. And now, the official Bridgerton Instagram account has reminded us of a truly iconic moment from earlier this year.

It all happened when Derry Girls’ Nicola Coughlan, who portrays Penelope Featherington on Netflix’s Regency-era series, went on The Drew Barrymore Show. After, the acting duo treated us to a behind-the-scenes video of their meeting. Coughlan and Barrymore, who were holding hands, performed a short but sweet ballroom dance to Duomo’s orchestral cover of Taylor Swift’s “Wildest Dreams,” which features in the Netflix series. Barrymore captioned the TikTok video: “Bridgerton fans, please stand up.” A great Bridgerton Hollywood cameo, we’re sure you’ll agree.

The iconic moment is now at the forefront of our minds, as the official Bridgerton Instagram official account shared the video on its stories on Nov. 30. A truly generous public service for anybody who missed this adorable moment back in March.

An acting legend, Barrymore first rose to fame in 1982 classic E.T. the Extra-Terrestrial, and has since gone onto star in Charlie’s Angels, Donnie Darko, Whip It, and Scream. After seeing the Golden Globe winner mucking about and dancing with Bridgerton’s Coughlan, fans called for a Barrymore cameo in the Regency-era show.

“We are one step closer to a Bridgerton and Ever After cross over,” commented one fan, referencing Barrymore’s role in a Cinderella-inspired rom-com back in 1998. Though that story was set in Renaissance-era France, it certainly showed the actor flexing her historical prowess and wearing some Bridgerton-esque flowing ball gowns.

Elsewhere, several commenters observed that Barrymore’s flowing white gown in the viral clip makes her look a little like Jesus — though personally we would say it bears more resemblance to a homemade Angel Gabriel nativity outfit. Either way, ideal for the festive season.