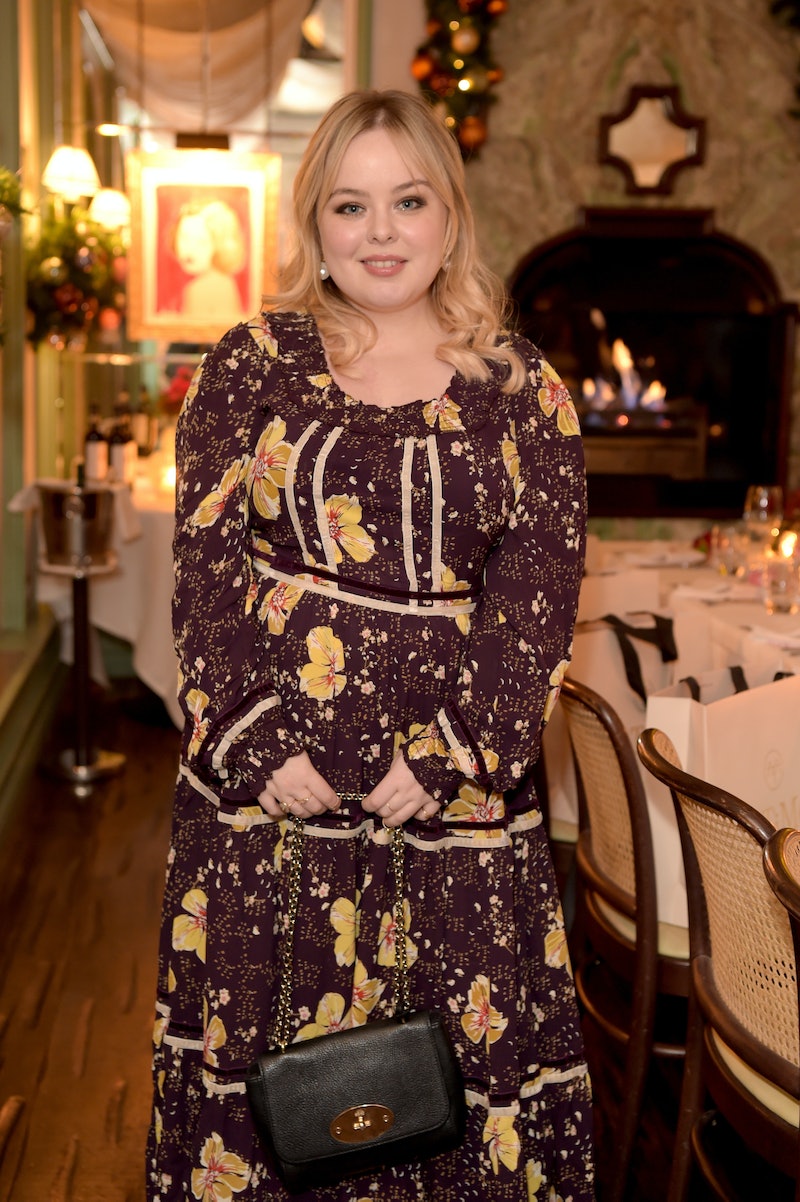 Bridgerton star Nicola Coughlan’s portrayal of Penelope Featherington has earned her loads of fans, not only for the character's memorable bon mots ("This plan of yours, I find it wanting."), but also for the way Coughlan stands up for important issues in real life. Fans continue to fall in love with the Irish actor after she defended the distinct racial and body diversity seen on Bridgerton and called out how people suspend their beliefs to watch dragons fly around in Game of Thrones without issue. Coughlan also recently dismissed critiques of her awards season fashion choices. After clapping back on Twitter, Coughlan's followers came to her defense, proving that the rising star has a way with not only words but also a legion of loyal supporters.

In honor of the class act she is on and offscreen, here are some of Nicola Coughlan’s best quotes:

“I, for one, am excited by all the difficult, brilliant, complex women to come, who have yet to grace our screens.”

Coughlan’s thoughtful op-ed article for The Guardian analyzed the importance of the “complex, eejit” women she and other actors fearlessly portray on television. In dissecting how complicated male characters such as Breaking Bad’s Walter White are celebrated, Coughlan called for the expansion of more multilayered, “messy” women on TV. Coughlan said, “The best moments on the sets of Derry Girls and Bridgerton came when the young women were allowed to be unapologetically themselves, never worrying that they might not be appealing. I, for one, am excited by all the difficult, brilliant, complex women to come, who have yet to grace our screens.”

For this year’s Golden Globes, Coughlan chose to wear a black cardigan draped over a light yellow Molly Goddard tulle dress. The look was stunning, but fashion is subjective, and one critic expressed (and later held themselves accountable for) their take on her look. They tweeted, “The fat girl from Bridgerton is wearing a black cardigan at the Golden Globes, bc no matter how hot and stylish you are, if you’re a fat girl there will always be a black cardigan you think you’re wearing, then decide against, but ultimately wear bc you feel like you have to.”

In a since-deleted tweet, Coughlan stated, “I thought the cardigan looked ace.” In addition, she swiftly reminded everyone: “Molly Goddard used them on her runway with the dresses that’s where the idea came from, also I have a name.”

“We have been written as real human beings, not facsimiles of what a Regency woman was.”

In her Guardian piece, Coughlan praises the writers of Bridgerton for crafting well-rounded, progressive female characters. She shared, “We have been written as real human beings, not facsimiles of what a Regency woman was.”

She also shined a light on Penelope Featherington and Eloise Bridgerton’s friendship in the Bridgerton books and TV series. “During filming, we met Julia Quinn, author of the books Bridgerton is based on. She explained that, yes, her books were love stories — but that the biggest romance, in a sense, was the friendship between Penelope and Eloise ... it’s gratifying to see audiences connect with Penelope and Eloise, or #Peneloise as the kids are calling us,” said Coughlan.

In an interview with Bustle, Coughlan told readers that, in her opinion, the most delightful actors are the best at flexing their villainous muscles for the cameras. “The nicest people play baddies,” she declares when talking about actor Polly Walker, who portrays her onscreen bad mom in Bridgerton, Lady Portia Featherington.

“You can suspend your disbelief that we have a Black queen and a Black duke, and they’re the most fantastic actors.”

Grey’s Anatomy and Scandal creator Shonda Rhimes made sure the cast of Bridgerton would be just as diverse as her previous series. Still, the Regency-era drama is not inoculated from those who question the validity of casting Black actors in “non-traditional roles.” Of course, Coughlan had some sharp thoughts about this, even referencing another beloved period drama in comparison. She asserted, “I would say to people, ‘You can watch Game of Thrones, and you can completely suspend your disbelief that there are dragons in the world. For Bridgerton, you can suspend your disbelief that we have a Black queen and a Black duke, and they’re the most fantastic actors.’”

Coughlan also took care to note that Rhimes’ color-blind casting has been a record-breaking hit. In January, Bridgerton became Netflix’s “most-watched original series ever,” even besting Stranger Things. Celebrating the success of the series, Coughlan tweeted, “You know the way some people were like ‘Diversity in period drama doesn’t work’....63 million households thought it did tho so.”

“My body is the tool I use to tell stories, not what I define myself by.”

Coughlan has been lauded as a body-positive activist, but the performer has been quick to let fans know that she’s more than just her figure. In a Twitter thread referencing a past article that she wrote for The Guardian about body image, Coughlan stated, “Every time I’m asked about my body in an interview it makes me deeply uncomfortable and so sad I’m not allowed to just talk about the job I do that I so love.”

In another tweet, she went on to astutely add, “Also, and I mean this in the nicest way ah possible, I’m not a body positivity activist, I’m an actor I would lose or gain weight if an important role requirement. My body is the tool I use to tell stories, not what I define myself by.”

Considering Coughlan’s on the rise, fans can expect to hear many more insightful and inspiring quotes from her in the future.