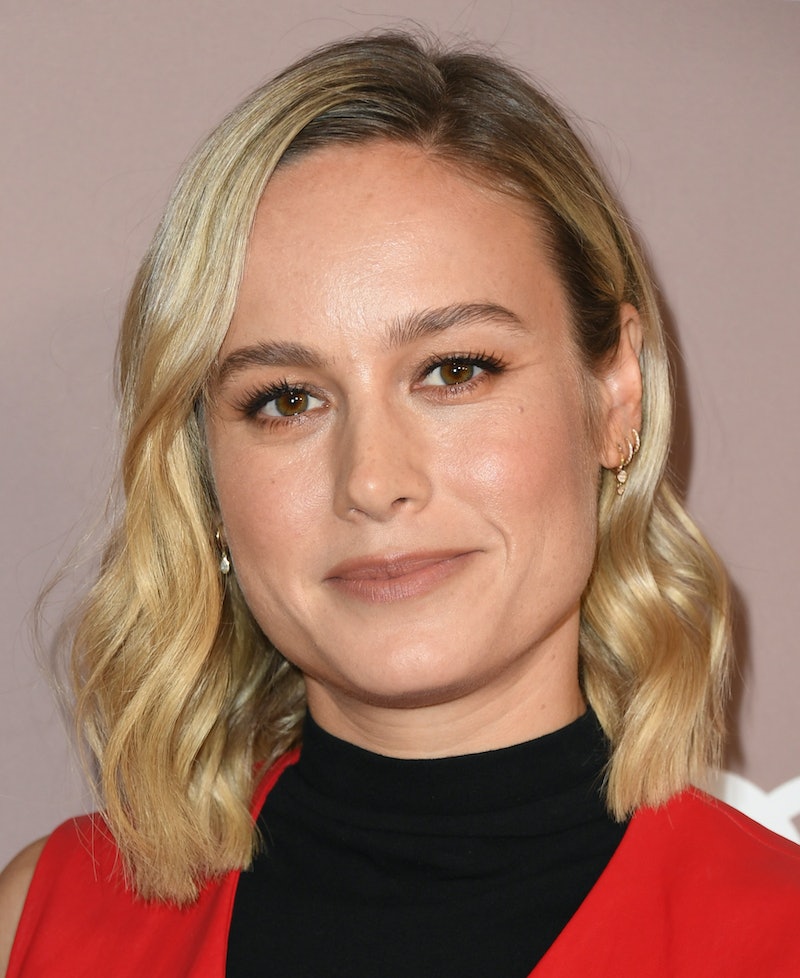 If you haven’t built your own island on Animal Crossing: New Horizons over the past few months, you truly haven’t done quarantine correctly. Brie Larson would agree, as playing the game on Nintendo Switch has been her lifeline to the outside world amid the COVID-19 pandemic. “Ever since the time I was born, I don't think there's ever not been a Nintendo console in my house,” she tells Bustle. And if Larson’s New Horizons island is any indication, she’s using the game now more than ever to stay creative.

“It’s called Dessert Island,” she says, laughing about her virtual paradise. “I wanted to be me in this magical place.” While other players craft extravagant islands, she’s kept hers pretty true to its roots — literally. “I think ultimately I kind of love the raw nature of the island,” she said. “So I haven't gone crazy with overbuilding anything. I’ve kept it pretty simple still.”

Her house, however, is another story — she describes it as a very eclectic oasis complete with arcade games and a full-blown recording studio. “My floor is like sand, so when you walk on it, there's footprints on it. Then I have a sky wallpaper where the clouds move,” she says. “Some might even say it's ugly. But… that's what I would want. I feel like it's my world. It doesn't have to make sense. It can be all about fun.”

Larson also loves to have fun with her wardrobe, given that players can easily build up a bigger closet in the game than in real life. “I love all the different designers and people that have come forward and made all of these extravagant clothes,” she says. “That takes so much time to make the patterns for these clothes. A really fun part of this is that you can wear a $2,000 jacket inside Animal Crossing.”

Although creating her own island has been the ideal quarantine pastime, Larson’s favorite experiences on Animal Crossing: New Horizons are the ones in which she connects with her family and close friends. In fact, one of them was new to the game and ended up building the “most extravagant” island. “We would always go to the spa together, so she built a spa on her island that's quite gorgeous,” she said. “It’s really sweet, and it's a great way to add an extra layer to talking on the phone or FaceTiming because then you get another virtual element that feels like you did something, feels like you went out shopping with your friends."

Many people only recently got into games like Animal Crossing during quarantine, but for Larson, Nintendo games have always been a part of her self-care routine — they even helped her get through tough times on set shooting some of her most memorable film roles. “There’s been films where I brought my Game Boy with me on set, and I'll play rounds of Mario Tennis in between takes to stay in almost a meditation state in between different shots,” she recalls. “It's been a way of thinking outside of the box and thinking larger than myself, and I think that allows me to participate in certain things like Captain Marvel, where I'm doing five sequences on a spaceship. It feels like these are places I've been to before, because I've played Super Mario Galaxy.”

That being said, she still wants to throw her Switch at the wall sometimes, like after losing a battle in Fortnite. "I'm also competitive, so I can get frustrated with games as well," she says. Been there.