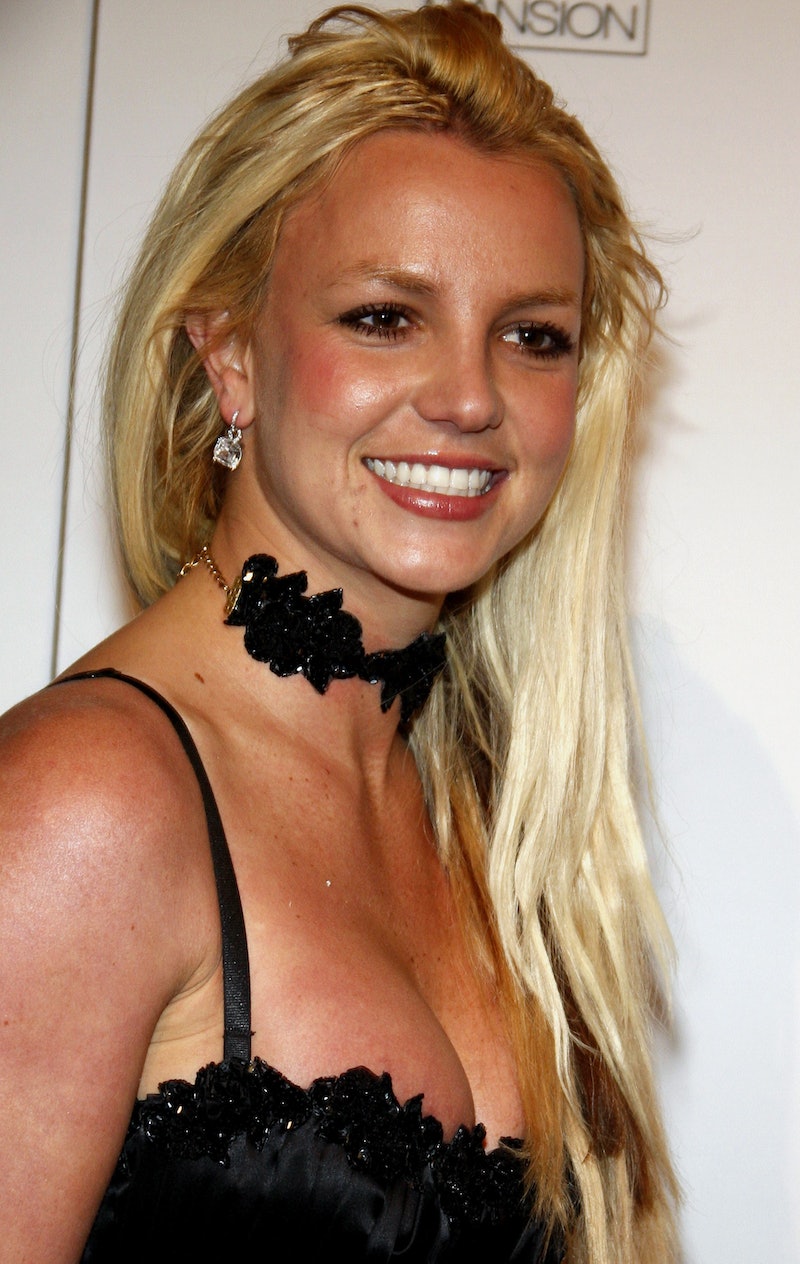 Britney Spears has made it clear that she’s a big fan of Sharon Stone, but fans don’t know how deep their connection truly is. During a Tuesday, March 30 interview on The Kelly Clarkson Show, Stone said Spears asked her for help in 2007. This comes after the singer acknowledged the Basic Instinct star in an Instagram post celebrating women who have “truly inspired” her, which also included Sarah Jessica Parker, Miley Cyrus, and her sister, Jamie Lynn Spears.

Speaking to Clarkson, Stone said that Spears reached out to her around the same time as her infamous head-shaving incident, which garnered critical headlines around the world. “Britney wrote to me a very long and important, poignant letter during a very difficult time in her life... wanting me to help her," she said. Unfortunately, Stone said she was unable to help Spears because she “couldn’t help myself” in what was also a difficult time in her life. “But the truth of the matter is we both needed help,” she said, without expanding on her struggles.

After her public breakdown in 2007, Spears was placed under a conservatorship, meaning that all of her financial and business decisions would be controlled by her conservators, including father Jamie Spears. Starting in 2019, fans started the #FreeBritney movement with the goal of ending her conservatorship and letting the singer take control of her life. While Spears has not petitioned to terminate the conservatorship in court, she is currently embroiled in a legal battle with her father after requesting that he step down as her permanent conservator in court documents.

While Stone didn’t mention Spears’ conservatorship directly, she alluded to it by expressing her sympathy for Spears and explaining how it’s difficult for any successful woman not to “have anyone controlling you” and trying to take over finances. “There’s a huge breaking point and there’s a point where you get broken,” she said. “And the thing with Britney Spears is so out of control and so awful. I can say certainly it’s been very out of control and very awful more than once in my life and I have certainly had it. It’s very complicated to take control of your life. It’s very hard to get control of your finances.”

Spears’ situation has been under even more intense scrutiny since the February release of the New York Times Presents documentary Framing Britney Spears, which analyzes her conservatorship and fraught relationship with the media throughout her career, especially in 2007. On Tuesday, Spears responded to the film on Instagram over a month after it made headlines. “I didn’t watch the documentary but from what I did see of it I was embarrassed by the light they put me in,” she wrote. “I cried for two weeks and well... I still cry sometimes.” Here’s hoping Spears can heal from the media frenzy and that her situation is solved to her liking — and only hers.