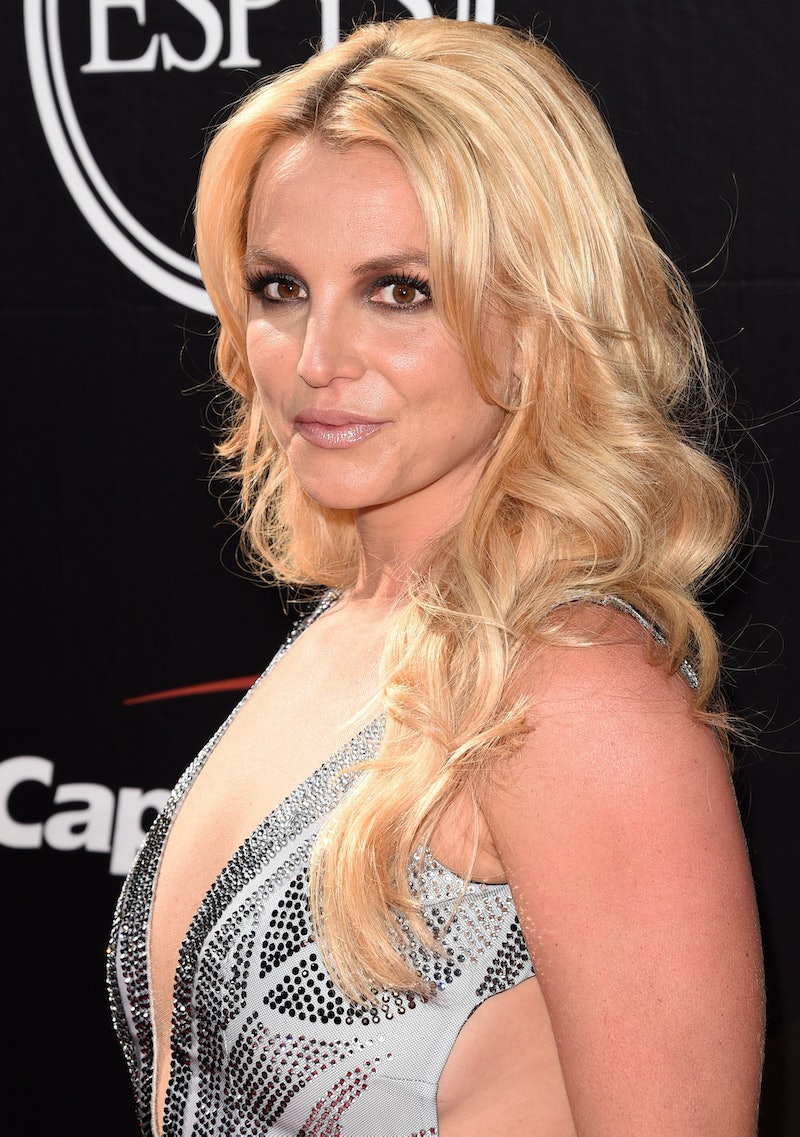 Oops, she did it again. On Monday, Oct. 25, Britney Spears called out her family on Instagram for betraying her throughout her 13-year-long conservatorship. “Don’t you find it weird when you jump through hoops to organize trips or set up lunch dates with people you love only to know they’ll bail on you or leave after 10 minutes???” Spears wrote alongside an image of a typewriter, adding that it’s “humiliating” that everyone seems to bail on her when she needs them the most.

While it’s unclear exactly what Spears had planned with her family, what is clear is that she’s done being taken advantage of. “OK I get it ... they’re only available to me when it’s convenient for them,” she continued, explaining that she’s “no longer available to any of them now.” “I don’t mind being alone ... and actually I’m tired of being this understanding Mother Teresa,” She wrote. “If you’re rude to me then I’m done ... peace out.”

The “Toxic” singer closed out her caption by taking direct aim at her parents and her younger sister, Jamie Lynn Spears. “This message is to my family ... for hurting me deeper than you’ll ever know !!!” she added. “I know the conservatorship is about to be over but I still want justice !!! I’m only 5’4” and I’ve played the bigger person my entire life ... do you know how hard that is ???”

This isn’t the first time that Spears called out her family publicly. At her June 23 court hearing, she compared her father, Jamie Spears, to a sex trafficker and said that her family didn’t “do a goddamn thing” to help her out of her “abusive” legal arrangement. In July, she blasted friends and family who “never showed up” for her in an emotional post on Instagram.

“There’s nothing worse than when the people closest to you who never showed up for you post things in regard to your situation whatever it may be and speak righteously for support,” Spears wrote at the time. “How dare the people you love the most say anything at all … did they even put a hand out to even lift me up at the TIME !!!??? How dare you make it public that NOW you CARE … did you put your hand out when I was drowning ???? Again … NO …”

Elsewhere in the caption, Spears slammed one particular person who spoke out about her legal battle “just to save face.” “Please stop with the righteous approach when you’re so far from righteous it’s not even funny,” she wrote. Fans immediately assumed that she was talking about Jamie Lynn, especially because the former Nickelodeon star came under fire shortly after Britney’s June testimony for not being supportive enough.

One day later, Spears took to Instagram again to criticize her “so-called support system” and explain how her family has “hurt [her] deeply,” starting with her sister. “I don’t like that my sister showed up at an awards show and performed MY SONGS to remixes,” she wrote, referring to Jamie Lynn’s participation in a Britney Spears tribute at the 2017 Radio Disney Music Awards.

Despite the constant betrayal from those closest to her, Spears wrote that “hope is the only thing in this world that is very hard to kill.” Fortunately, it seems that remaining hopeful has worked for the singer. At a September court hearing, her father was officially removed as her conservator, which meant that he no longer had control over her estate, her career, and many other aspects of her life.

Three days after her father was suspended as conservator of her estate, Spears shared some reflections on Instagram. “Although there is change and things to celebrate in my life, I still have a lot of healing to do,” she wrote. “Thankfully I have a good support system and am taking time to understand it’s ok to slow down and breathe … Only through self love I can pray … love … and support others in return !!!!”

More like this
A New Portrait Shows King Charles With William & Kate Before The Queen’s Funeral
By Stephanie Topacio Long
Who Is Nick Cannon Dating & How Many Kids Does He Have?
By Jordyn Tilchen and Radhika Menon
Khloé Kardashian Is Reportedly Dating A Private Equity Investor She Met Through Kim
By Jordyn Tilchen and Jake Viswanath
How To Apply For 'Survivor' & Tips On How To Get Cast
By Meg Walters
Get Even More From Bustle — Sign Up For The Newsletter