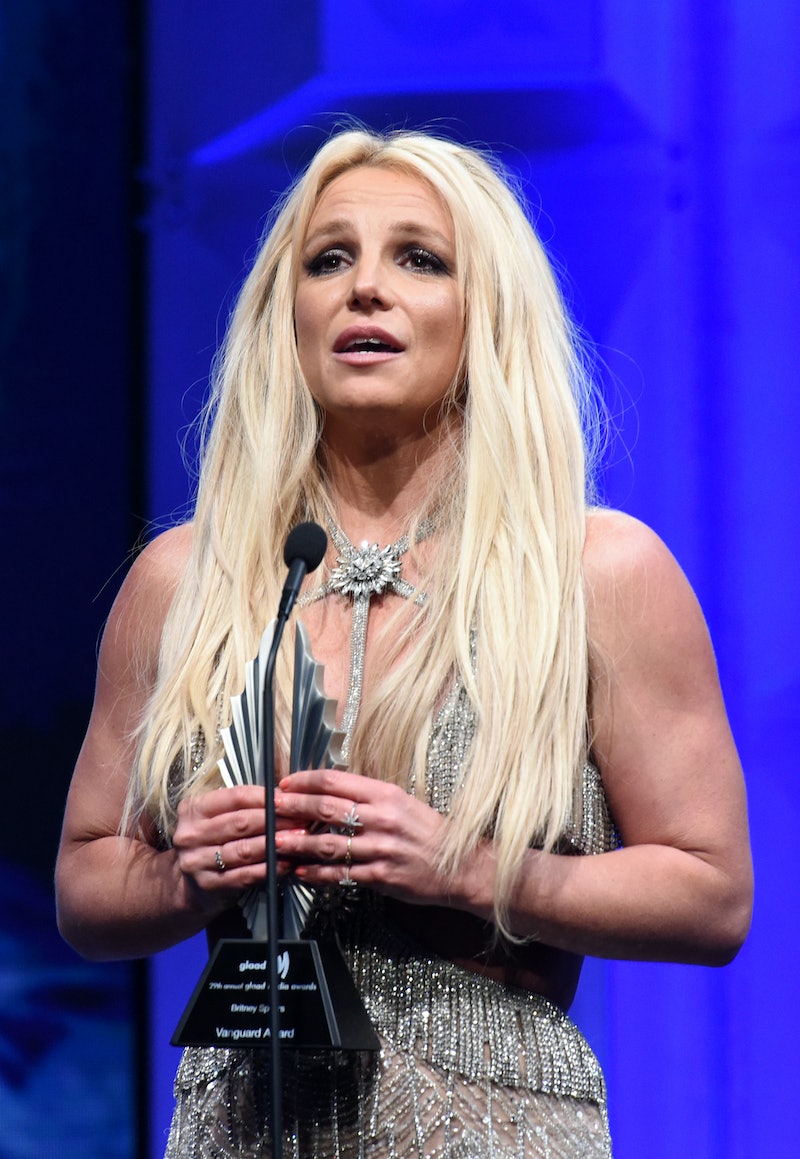 In a series of new Instagram audio recordings, posted on Sept. 10 and Sept. 11, Britney Spears has gone into further detail about her 13-year conservatorship. Calling out her family once more, she shared new insights from that period of her life. In one of the messages, Britney claimed she was forced to undergo certain medical procedures ahead of being sent to a rehab facility. She told listeners: “I had three MRIs before I went to that place, I wasn't complaining about anything, I was just told I had to go, was my dad [Jamie Spears] and I had no rights at the time. So I basically had to. So I did it and I was immediately like, ‘Why am I having to go to do these MRIs so many times?’”

The singer revealed she had previously undergone an MRI as a child, to look at a potential cancer which turned out to be a cyst on her chest. Britney went on to express confusion about the MRIs she claims she was subjected to during her conservatorship.

“...The whole thing didn't make sense. The isolation, the nurses, the vials [of] blood, the constant communication,” the 40-year-old said. “And I swear to God, it was some sort of, to me, I was like, 'Wait, is this a new kind of cancer treatment? That's why they sent me away to this place.’”

“I did feel like they were trying to kill me,” she said elsewhere. “And my AA meetings, my kids, my car, getting dressed privately. Watching me change daily, the, you know, eight vials of blood, not gallons but eight vials of blood weekly. Like none of it made sense. They didn't want me to know is that what's the big secret, like?”

Britney concluded: “... the hardest thing is to just know that they were just being mean, and I really felt like my dad was trying to kill me, and I hope he burns in f*cking hell."

In another voice note, Britney spoke of the deep love she has for her teenage boys, Sean Preston and Jayden, both 16, admitting she feels “like a huge part of me has died” since they ceased contact with her. “All I know is my love for my children is more than anything, and I'm sorry if [I] ever hurt you guys in any way,” she said.

Seemingly referring to her dad Jamie once again, Britney continued: “I've always been told the only person who can fix your heart is the one who broke it. Go to the source. He needs to be told, but that will never happen because I pray he burns in hell.”

Addressing her sons directly, she added: “But until then, Jayden and Preston, I adore you. I was told you guys have blocked me. But I will speak here. I hope you're using your punching bag I gave you. You guys are unbelievable in the gym. Happy early birthday. You guys can do pull ups. Wow. Wow. Your skill and everything you do. I'm so blessed to even call you mine and I just want you to know I apologise.”

Following the series of audio clips, Britney also shared a now-deleted written post reiterating her claim that she’ll never perform again, as per Rolling Stone. And though the “Toxic” crooner has now also deleted the six voice notes, the audio snippets have been preserved online by her loyal fans.

Bustle has contacted representatives of Jamie Spears for comment.