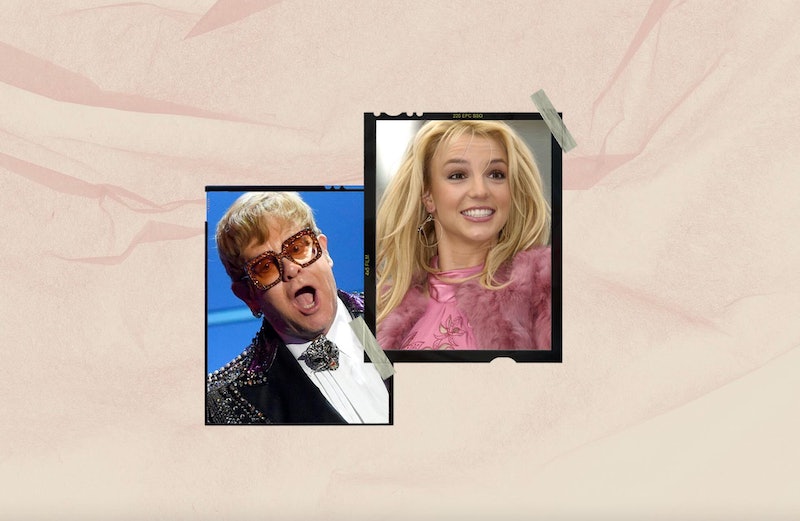 Britney Spears fans need to hold each other closer — literally — as her return to music is imminent. The Grammy winner is making her music comeback with Elton John, teaming up with the legend for their new single “Hold Me Closer.” John announced an Aug. 19 tweet that the song will come out on Aug. 26. The release date reveal comes after Newsweek reported that the track leaked early on social media, although avid fans have decided to not listen or share the leak.

John had previously teased their forthcoming collaboration on Instagram, simply writing the song’s title against a pink backdrop with two emojis — a rocket to represent the “Rocketman” and a red rose potentially nodding to Spears’ Instagram photoshoot Project Rose. Rumors that Spears would return to music with John first spread on July 26, when Page Six reported that she had worked on a new remix of John’s 1971 classic “Tiny Dancer,” an idea that was crafted by John. “Britney is a huge fan,” an insider told the outlet. “They’ve already played it for people at their record label, and everybody is freaking out. It is so good. They are saying this is going to be the song of the summer. Britney is officially back. She’s back to work, and she’s super excited.”

Fans got their first non-leaked first listen on Aug. 22 via John’s TikTok account:

Spears’ friend Paris Hilton, who was one of the attendees of Spears’ June wedding to Sam Asghari, agreed with the raves, telling interviewer Paul Voor Je Neus on Aug. 4 that she loved the song. “It’s going to be iconic,” she said. “I just heard it a couple of days ago in Ibiza and it’s insane.”

“Hold Me Closer” marks Spears’ first single in over six years, since her critically acclaimed 2016 studio album Glory, and her first taste of new music since she was released from her 13-year conservatorship in November 2021, achieving the goal of the #FreeBritney movement. While she made it clear that she didn’t want to perform while under the conservatorship, People reported in November that Spears had been talking about her music career more, stating that she even “wants to give her fans a new album” in due time. “It seems like she is focusing on one thing at a time,” the insider added.

The duet announcement comes after Spears posted an Instagram video in July of her hanging out with Taron Egerton, who famously portrayed John in his 2019 biopic Rocketman. “Coolest guy ever!!! Such a freaking fan!” she captioned the post. On Aug. 3, the actor told Variety that they had met at a mutual friend’s dinner party. Given their connection, it’s possible their mutual friend was John, and the post was Spears’ subtle way of teasing the collaboration. “I felt very, very, very famous for a second,” Egerton said. “I love Britney. She was very, very, very lovely.”

More like this
Ed Sheeran’s Surprise Gig Included An Iconic Britney Spears Tribute
By Bustle Editors and Darshita Goyal
Everything To Know About Taylor Swift’s 10th Studio Album, 'Midnights'
By Grace Wehniainen and Jake Viswanath
Lizzo Twerks While Playing James Madison's 200-Year-Old Crystal Flute Onstage
By Radhika Menon
Twitter Is Freaking Out Over Rihanna’s 2023 Super Bowl Halftime Show Announcement
By Stephanie Topacio Long
Get Even More From Bustle — Sign Up For The Newsletter

This article was originally published on Aug. 8, 2022