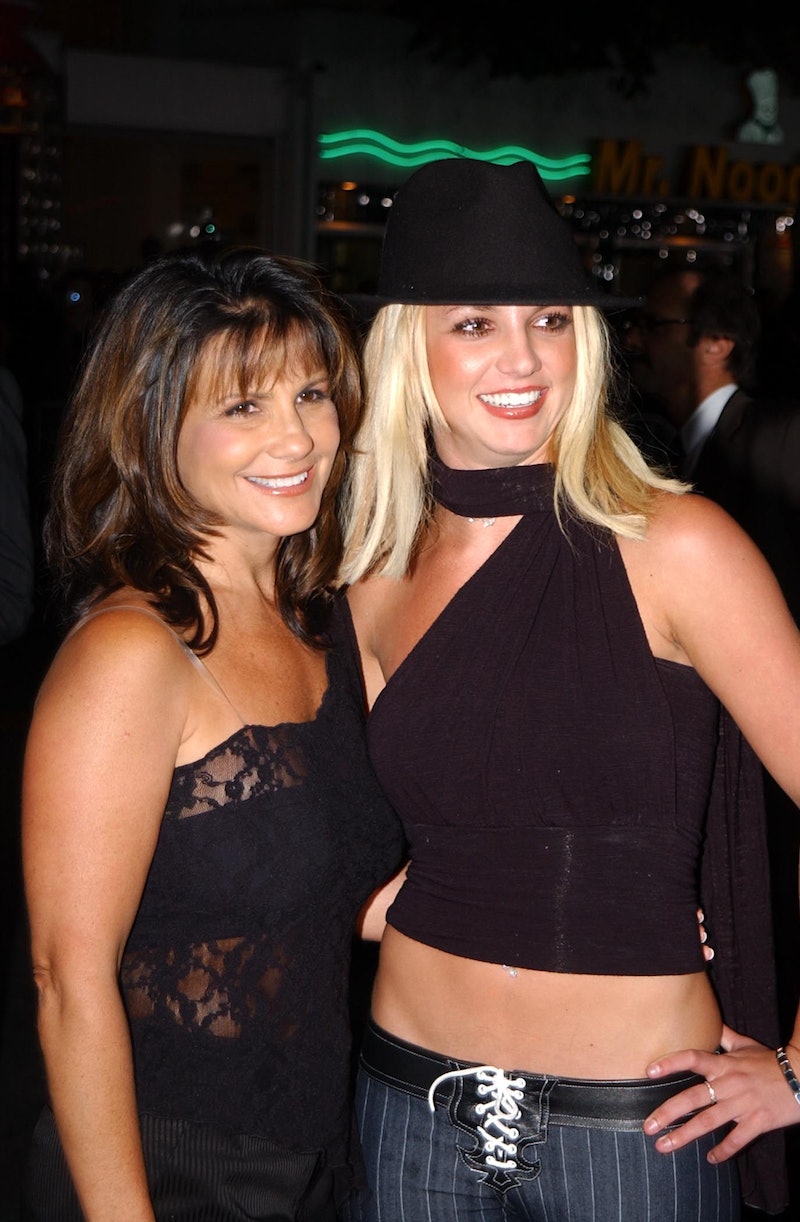 It’s been a long four-plus years since Britney Spears released a new album, and, like you, her mom, Lynne Spears, wants Britney to sing again. On Friday, March 19, Spears shared a 1998 clip of her performing The Jets’ “You Got It All” — which later was included on her Oops!...I Did It Again album in 2000 — and explained in her caption that her mom had sent it to her. “Geez … My mom sent this to me and reminded me that I can sing,” the Grammy winner wrote. “She said ‘You never sing anymore … you need to again !!!!’”

Spears also reflected on the 1998 Singapore showcase she did when she was about 17, admitting she’d “never watched this performance” before. Noting the video was “definitely from a while ago,” the Grammy winner recalled it being one of the first trips she ever took alone. “I just remember saying ‘WOW Singapore,’” she added.

The uncertain future of the pop star’s music career gained increased attention following the Feb. 5 release of Framing Britney Spears, an installment in FX’s series of standalone documentaries, The New York Times Presents. As explained in the doc, Spears has been under a conservatorship since 2008, and during a November court hearing, her attorney stated that she “will not perform as long as her father is in charge of her career.” For years, fans have rallied as part of the #FreeBritney movement, which aims to help the pop star regain her autonomy. (Jamie Spears, for his part, told the New York Post in August that the movement is “a joke” and that “all these conspiracy theorists don’t know anything.”)

Meanwhile, Lynne, who is not legally involved in her daughter’s conservatorship, reportedly liked several #FreeBritney social media posts, per Rolling Stone. This included an Instagram comment that read, “I really hope you are supporting Britney in trying to end this conservatorship. I really hope your ailing ex-husband isn’t keeping your daughter somewhere against her will.” Last July, Entertainment Tonight reported via a source that Spears asked Lynne to be part of her conservatorship and the singer “truly believes that her mother wants to help her have more autonomy when it comes to her money.”

In early 2019, Spears canceled her Las Vegas residency while announcing an “indefinite hiatus” from performing in the wake of her father’s health issues. (Per a January statement from the singer’s team, Jamie became “seriously ill” in November 2018 after his colon “spontaneously ruptured,” causing him to undergo emergency surgery.) “I don’t even know where to start with this, because this is so tough for me to say,” she wrote in her January 2019 Instagram post. “I will not be performing my new show Domination. I’ve been looking forward to this show and seeing all of you this year, so doing this breaks my heart. However, it’s important to always put your family first.”

In February 2020, Spears tweeted a video of a throwback 2018 “Toxic” performance, addressing a possible return to performing. “I’ll always love being on stage .... but I am taking the time to learn and be a normal person,” she wrote on Feb. 9. “I love simply enjoying the basics of every day life !!!!” In a follow-up tweet, Spears also urged her followers to remember that “no matter what we think we know about a person’s life it is nothing compared to the actual person living behind the lens.”

In the meantime, fans can’t blame Lynne for reminding Spears of what she does best anyway.

More like this
Ed Sheeran’s Surprise Gig Included An Iconic Britney Spears Tribute
By Bustle Editors and Darshita Goyal
Everything You Need To Know About ‘Black Panther: Wakanda Forever’
By Bustle Editors
Mariah Carey Is Releasing Her “Lost” '90s Grunge Album
By El Hunt
‘RHOSLC’ Star Jen Shah’s Arrest & Legal Drama, Explained
By Brad Witter and Jake Viswanath
Get Even More From Bustle — Sign Up For The Newsletter