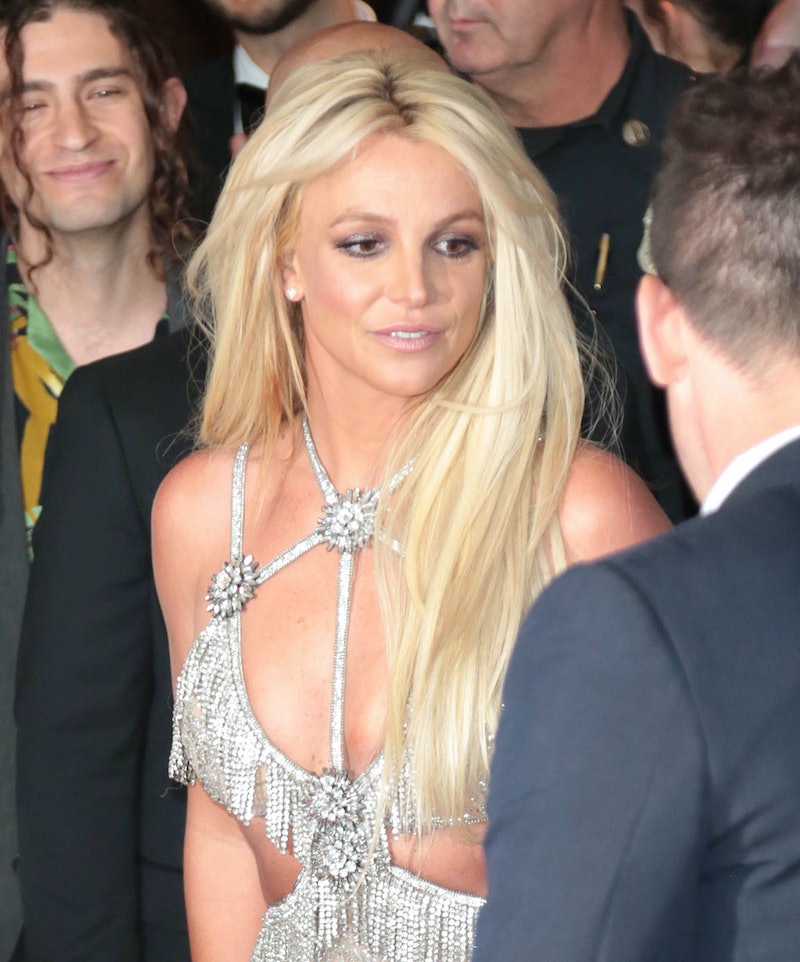 Now that a judge has removed Britney Spears’ father as her conservator, Christmas has come early for the pop star. While showing off the tree she decided to decorate “way early this year” in a Friday, Oct. 15 Instagram post, Spears wrote she’s “very happy” her 13-year conservatorship could be nearing an end, though admitted there are still “a lot of things that scare” her. On that list? Paparazzi continuing to watch her every move.

“I’ll just be honest and say I’ve waited so long to be free from the situation I’m in … and now that it’s here I’m scared to do anything because I’m afraid I’ll make a mistake !!!” she opened her post.

Explaining how she was granted permission to drive again in July for the first time in more than a decade, Spears described the photographers that even “run through trees” and onto the road when she’s behind the wheel, something she called “creepy.” She also said the photographers — with whom she’s had an adversarial relationship over the years — even hound her when she drives by an elementary school on her way home. “I don’t like that they try to scare me and jump out like they do ... it’s like they want me to do something crazy,” she added in the post’s lengthy caption.

With the fear of “doing something wrong” on her mind, Spears explained she “might have to do things a little differently from now on,” including not posting as much on social media and “staying clear of the business,” presumably the music industry. “I haven’t done anything to be treated the way I have for the past 13 years,” Spears wrote, adding she’s “disgusted with the system” and wishes she lived in another country.

As for why she’s celebrating Christmas early, she wrote, “… because why not ???!!!” Spears elaborated: “I believe any reason to find more joy in life is a good idea … and it’s no secret that I’ve been through it in the past.” She also addressed the part her family, including dad Jamie Spears and potentially sister Jamie Lynn Spears, have played in the saga, writing, “Lord have mercy on my family’s souls if I ever do an interview !!!”

Her ability to decide for herself whether or not to sit for a potential interview in the future could also be closer than ever. Spears’ next court hearing will take place on Nov. 12, at which time her attorney Mathew Rosengart said he intends to terminate the entire conservatorship. (A judge appointed John Zabel, a certified public accountant, as temporary conservator at least until the Nov. 12 court date.) Following Spears’ Sept. 29 hearing, Rosengart told reporters that their goal is to free Spears from her conservatorship by her 40th birthday on Dec. 2.

Between that and her recent engagement to Sam Asghari, here’s hoping 40 will begin a new chapter that gives Spears even more to celebrate in the years ahead.

More like this
Ed Sheeran’s Surprise Gig Included An Iconic Britney Spears Tribute
By Bustle Editors and Darshita Goyal
Everything You Need To Know About ‘Black Panther: Wakanda Forever’
By Bustle Editors
‘RHOSLC’ Star Jen Shah’s Arrest & Legal Drama, Explained
By Brad Witter and Jake Viswanath
Mariah Carey Is Releasing Her “Lost” '90s Grunge Album
By El Hunt
Get Even More From Bustle — Sign Up For The Newsletter