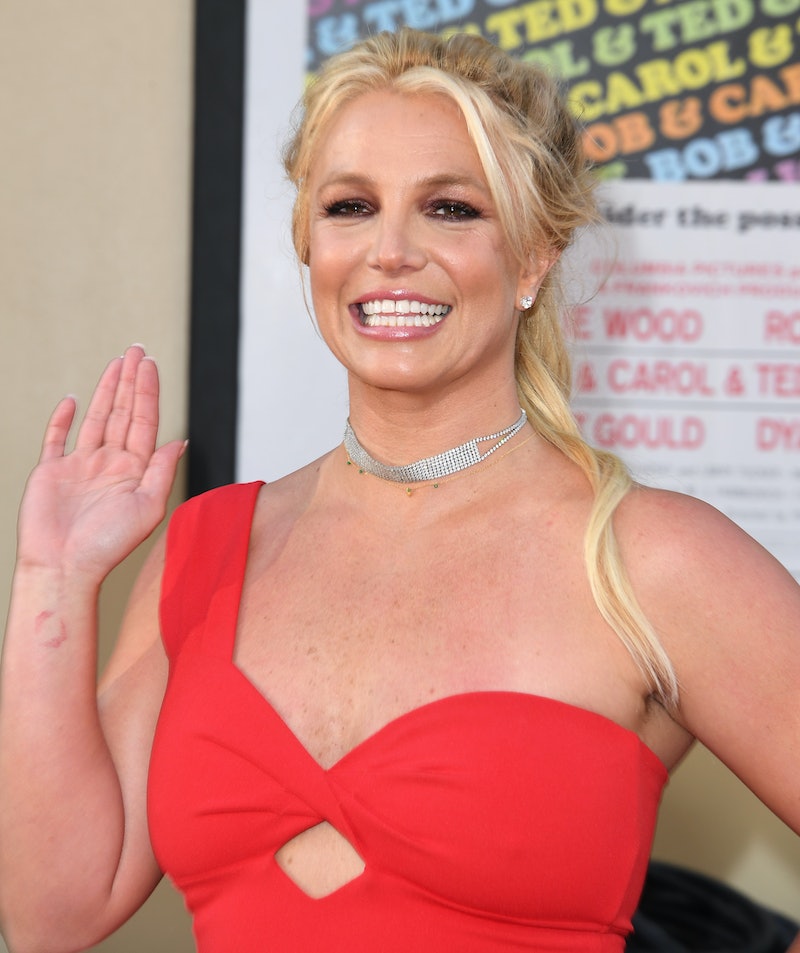 Britney Spears recently thanked her fans for their ongoing support amid her conservatorship battle, but there’s one person she credits for totally changing her life. On Tuesday, Oct. 6, the pop star gave a shoutout to attorney Mathew Rosengart on Instagram alongside artwork that appears to show a divine being coming to the aid of a woman who is completely worn out. “This picture is everything to me !!!” Spears captioned the post, admitting that looking at it makes her want to cry. “She’s saving her divine feminine sister !!!!”

It seems the photo reminded Spears of how much Rosengart has helped her since becoming her lawyer in July. “Thankfully I found an amazing attorney Mathew Rosengart who has helped change my life !!!!” she wrote. Elsewhere in the caption, Spears encouraged her fans to help a friend in need. “I suggest if you have a friend that’s been in a house that feels really small for four months … no car … no phone … no door for privacy and they have to work around 10 hours a day 7 days a week and give tons of blood weekly with never a day off … I strongly suggest you go pick up your friend and get them the hell outta there !!!!!” she added.

The 39-year-old music icon also called out her family for disregarding her feelings about her conservatorship. “If you’re like my family who says things like “sorry, you’re in a conservatorship” … probably thinking you’re different so they can f*ck with you !!!!” she continued. This isn’t the first time that Spears has called out her family in recent months. During her initial June 23 court hearing, she compared her father, Jamie Spears, to a sex trafficker and said that her family didn’t “do a goddamn thing” to help her.

Fortunately, Spears’ lawyer has been able to help her out of what she called an “abusive” legal arrangement, which gave her father control over her estate, career, and many other aspects of her life for 13 years. During the “Toxic” singer’s Sept. 29 court hearing, Jamie was officially removed as conservator of her estate when Judge Brenda Penny agreed with Rosengart that his suspension was “in the best interest of the conservatee” and that “the current situation is not tenable.”

After the verdict was announced, both Spears and her fiancé Sam Asghari took to social media to celebrate. “On cloud 9 right now,” the pop star wrote alongside two videos of her flying in the cockpit of a plane. The following day, she posted a video from a tropical location, captioned, “A beautiful day here in paradise celebrating.” Asghari congratulated his bride-to-be on his Instagram Stories. “Free Britney!” he wrote. “Congratulations!!!!!!!!!” He also shared a photo holding the singer’s hand and showing off her new engagement ring.

Days later, Spears thanked everyone involved in the #FreeBritney movement in a heartfelt social media post. “#FreeBritney movement ... I have no words,” she tweeted on Monday, Oct. 4. “Because of you guys and your constant resilience in freeing me from my conservatorship ... my life is now in that direction!!!!! I cried last night for two hours cause my fans are the best and I know it.” In a separate tweet, she added, “I feel your hearts and you feel mine ... that much I know is true.”