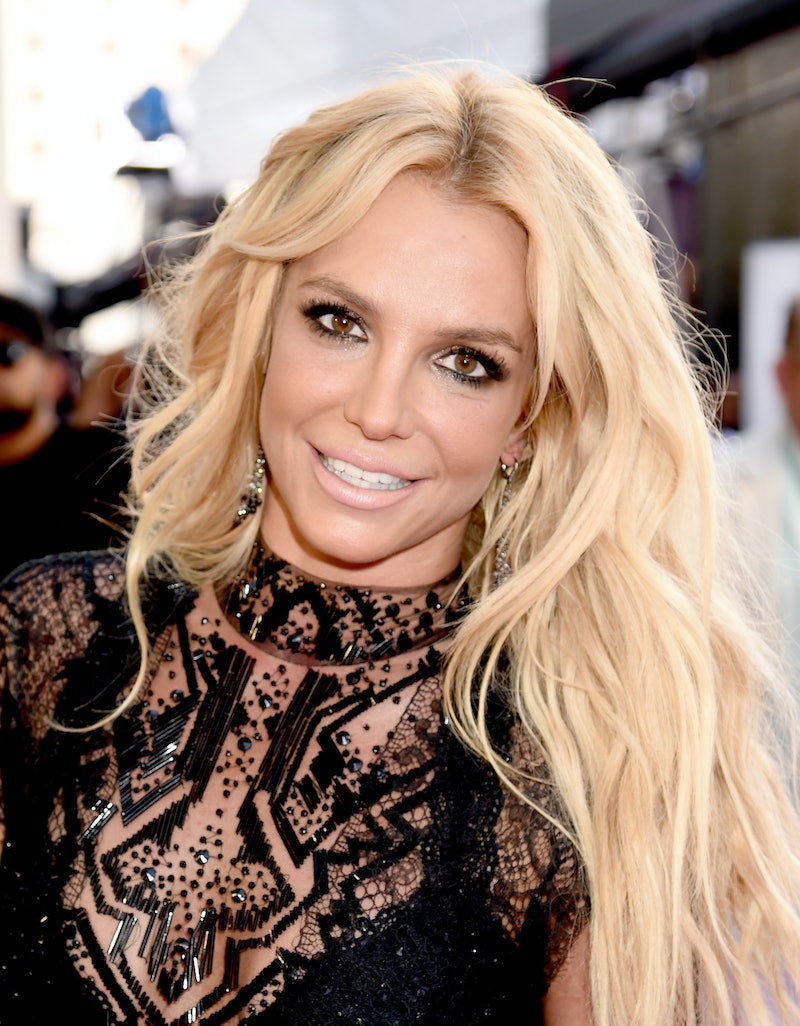 Now that Britney Spears’ father has been removed as conservator of her estate, the pop star is thanking the fans who fought so hard for her freedom. “#FreeBritney movement ... I have no words,” the “Toxic” singer tweeted on Monday, Oct. 4. “Because of you guys and your constant resilience in freeing me from my conservatorship ... my life is now in that direction!!!!! I cried last night for two hours cause my fans are the best and I know it.” In a separate tweet, she added, “I feel your hearts and you feel mine ... that much I know is true.”

After months of legal petitions and tearful testimonies from Britney herself, Jamie Spears was removed from his role on Sept. 29, when Judge Brenda Penny agreed with lawyer Mathew Rosengart that his suspension was “in the best interest of the conservatee.” After her court hearing, Spears celebrated the victory on social media. “On cloud 9 right now,” she wrote alongside two videos of her flying in the cockpit of a plane. The following day, she posted a video from a tropical location. “A beautiful day here in paradise celebrating,” she wrote.

Spears’ fiancé, Sam Asghari, also celebrated the verdict on Instagram. “Free Britney! Congratulations!!!!!!!!!” he wrote on his Stories before sharing a photo of him holding the singer’s hand and showing off her new engagement ring. He also posted an image of a lioness, which is a pet name he uses for his fiancée that’s meant to represent her strength. “She did this,” he added. “Her fan base is called the army for a reason.”

Just three days after the Sept. 29 hearing, Spears reflected on the court’s decision and what it means for the future. “Although there is change and things to celebrate in my life, I still have a lot of healing to do,” she wrote on Instagram. “Thankfully I have a good support system and am taking time to understand it’s ok to slow down and breathe … Only through self-love I can pray … love … and support others in return !!!!”

Although Spears has largely kept her feelings about the conservatorship under wraps, that all changed when she testified in court on June 23, months after she formally requested that Jamie step down from his role. “I truly believe this conservatorship is abusive,” she said at the time, accusing her father of holding her in a mental health facility against her will and forcing her to wear an IUD to prevent pregnancy. “He loved the control he had over me, 100,000%.” She spoke out again on July 14 and said that she wanted to charge Jamie with conservatorship abuse.

In August, Jamie finally agreed to step down as Britney’s conservator. Roughly one month later, he filed a petition to end the conservatorship. In the petition, Jamie acknowledged that Spears “wants control of her life back,” including the power to make decisions over her medical care, finances, and personal life. “As Mr. Spears has said again and again, all he wants is what is best for his daughter,” the petition read. “If Ms. Spears wants to terminate the conservatorship and believes that she can handle her own life, Mr. Spears believes that she should get that chance.”

More like this
Britney Spears Shares Unknown Details Of Conservatorship In New Voice Notes
By El Hunt
How To Apply For 'Survivor' & Tips On How To Get Cast
By Meg Walters
Here’s Everything You Need To Know About Operation London Bridge
By Bustle UK
10 Photos Of William, Harry, & Their Cousins Honoring The Queen Together
By Stephanie Topacio Long
Get Even More From Bustle — Sign Up For The Newsletter