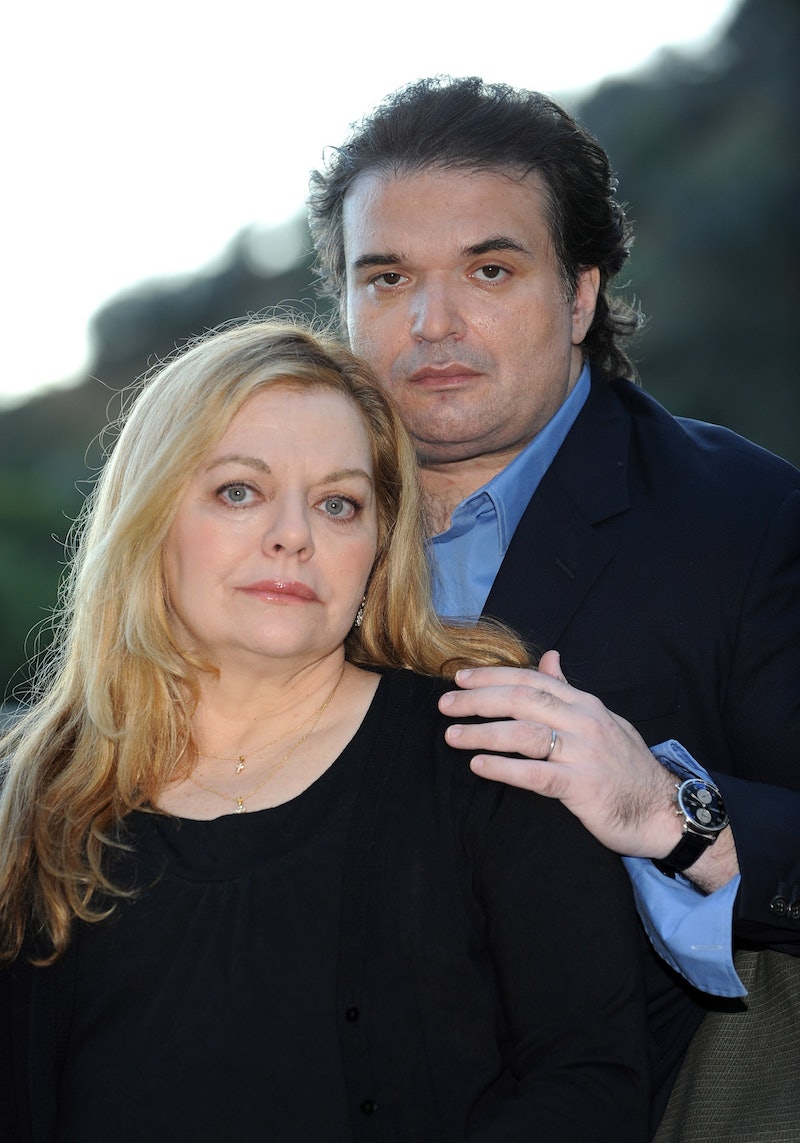 On Dec. 20, 2009, Clueless actor Brittany Murphy was found dead at her Hollywood Hills home of pneumonia and anemia at the age of 32. HBO Max’s new two-part documentary, What Happened, Brittany Murphy? retraces her career, Hollywood struggles, and the many rumors and conspiracy theories surrounding her sudden death. One of the most confounding factors it explores is the relationship between Brittany’ mom, Sharon, and Brittany’s husband Simon Monjack. While the documentary doesn’t draw any conclusions about the nature of the two’s relationship, several people speculated that they were romantically involved.

Sharon split from Brittany’s father, Angelo Bertolotti, when Brittany was just a baby, and raised her largely on her own. When Brittany was a teen, the two moved to California so she could pursue an acting career. Brittany eventually found success starring in films like 8 Mile and Clueless, and was romantically linked to several celebrities including Ashton Kutcher and producer Joe Macaluso. Per E!, she met British writer-director-photographer Simon Monjack at a party in 2006 and married him at her home in LA a year later. Those close to Brittany allege in the docuseries that Monjack soon took control of Brittany’s life and career, confiscating her phone, taking charge of her finances, and firing her entire team so he could manage her himself.

Throughout all of this, Brittany, Sharon, and Monjack all lived in the same Hollywood Hills mansion together. On Dec. 20, 2009, Sharon found Brittany on the bathroom floor. She frantically called 911, but Brittany was pronounced dead at the hospital.

In the wake of Brittany’s death, Monjack and Sharon continued to live in the same house together. Sources close to the pair — including a Radar Online reporter who interviewed Monjack at home — reported that Monjack and Sharon slept in the same bed after Brittany died. Even more perplexing is a photo shoot they conducted after Brittany’s death, which featured them holding hands and staring into each others eyes in several photos. They looked like “parents grieving as opposed to a husband and his mother-in-law,” one insider says in What Happened, Brittany Murphy?

On top of that, the pair gave a strange joint interview to Larry King in 2010 in which they both appeared unprepared. Confusingly, they admitted that Brittany told Sharon, "Mom, I'm dying. I love you” at some point before her death. When King pressed for details, Sharon said, “This was about an hour before.” But then Monjack cut in. “No, no, no, baby, this was — you've forgotten time,” he told Sharon. Later, Monjack bizarrely told King that he didn’t want to do an autopsy on Brittany’s body because, “this pristine body, curvy in all the right places, with skin like silk … How could I say ‘Cut it up’ in front of her mother?”

These things together led to theories that Monjack and Sharon were romantically involved, or at least not strictly platonic. Sharon denied the “disgusting” rumors to People, insisting that she and Monjack were “close friends and family” and that to assert they were anything more than that was “awful and ridiculous.”

In March 2010, E! reported that both Monjack and Sharon were moving out of LA and sharing custody of Brittany’s dog. "I decided to move back to my apartment in New York as had been my plan with Brittany," Monjack said. "Sharon said that she always loved New York and LA is just too painful for her; so would I mind if she moved too? Of course I don't ... But I should point out we will be maintaining separate residences."

On May 14, 2010, Monjack told People that he planned to take Sharon to Europe with him while working on a new project. “Of course I’ll take her with me – I can’t leave her, ” he said. But on May 23, 2010, Monjack was found dead by Sharon in their LA home. Just as with Brittany, his cause of death was acute pneumonia and severe anemia.