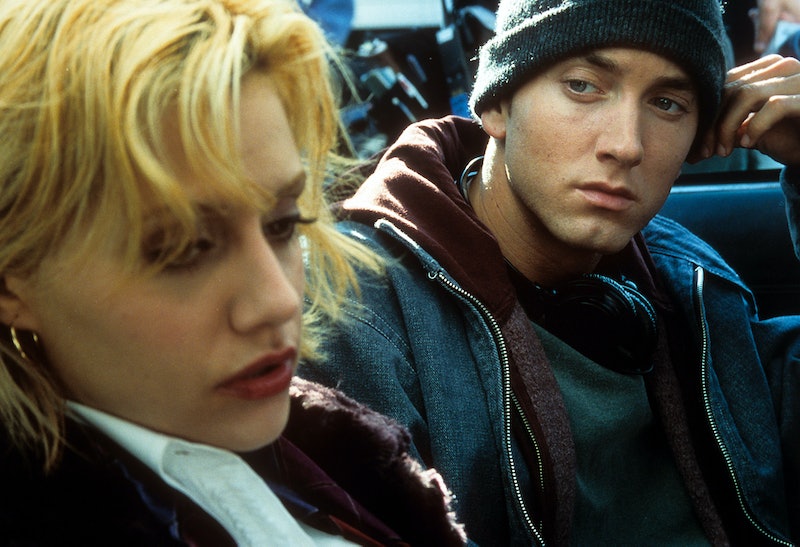 It’s been more than a decade since Brittany Murphy passed away suddenly in 2009 at the age of just 32. Though the circumstances surrounding her death have always been considered suspicious, doctors eventually attributed her death to untreated pneumonia in combination with severe anemia and drug intoxication from over-the-counter and prescription medications. Things became even stranger when her husband Simon Monjack died less than half a year later of similar causes.

HBO Max’s new documentary What Happened, Brittany Murphy? aims to explore her life and her departure, with a focus on Monjack and his sketchy past. As viewers revisit the tragedy, it’s also time to remember just how talented she was in acting. Here are Murphy’s best TV and movie roles.

The first thing that comes to mind for most people when they hear Brittany Murphy’s name is not King of the Hill, though perhaps it should be. It was easily her longest-running job, and her contributions to the pioneering adult animated program (as Luanne Platter and a pre-pubescent Joseph Gribble) helped make it the massive success it turned out to be. The series ran for an incredible 13 seasons, making it one of the longest-running cartoon programs in primetime history.

Find where to watch King of the Hill on JustWatch.

Perhaps her most imitated performance, as well as one that is irresistibly fun, Clueless helped turn Murphy from an up-and-coming entertainer who had largely stuck to TV into a movie star. The teen-centered film also bolstered the careers of co-stars Alicia Silverstone, Stacey Dash, and Paul Rudd, and the ’90s standard remains a nostalgic favorite that is still rewatched to this day. Murphy brilliantly pulls off the, well, clueless Tai Frasier and serves as a perfect foil for shopaholics Cher Horowitz and Dionne Davenport.

Find where to watch Clueless on JustWatch.

Up until Girl, Interrupted, Murphy had largely found success with comedic roles, but there is nothing funny about this film. The movie won star Angelina Jolie an Academy Award, and the entire cast was applauded for their brave work, which is simultaneously impossible to turn away from while also being difficult to watch. Murphy’s portrayal of Daisy Randone, a woman with an eating disorder, OCD, and many other past issues, contains layers many actors couldn’t handle.

Find where to watch Girl, Interrupted on JustWatch.

Another movie that won an Academy Award, 8 Mile wouldn’t be the same without Murphy. The project is loosely based off of Eminem’s life, and he stars and contributes the music for the title, including the unforgettable “Lose Yourself.” As so many women before her have done, Murphy’s character Alex pushes the rapper to make something of himself, work hard, and go places. Even if their love doesn’t last, her impact is felt throughout the film.

Find where to watch 8 Mile on JustWatch.

5. Futurama: The Beast with a Billion Backs

The 2008-2009 season of Futurama, as it’s labeled now, is actually four made-for-TV movies, and Murphy co-starred in the second of the bunch, titled The Beast with a Billion Backs (if you don’t know what that is, Google it). In the lonely showing, Murphy portrays Colleen, who quickly becomes lead character Fry’s love interest. Just when it looks like he may have found the one, Colleen reveals she’s only interested in polygamy, and she’s already involved with several other men. Murphy is, once again, excellent in an animated role.

Find where to watch Futurama: The Beast with a Billion Backs on JustWatch.

According to Rotten Tomatoes, Sin City is the second-highest-rated film of Murphy’s career, coming in behind only Clueless. Based on the graphic novels of the same name, the artistic endeavor is one of the best movies in the comic book genre. Up against major stars of the time like Clive Owen, Jessica Alba, Mickey Rourke, and Bruce Willis, to name just a few, Murphy holds her own and makes a relatively small supporting role a standout performance in the violent flick.

Find where to watch Sin City on JustWatch.

Once more, Murphy proved that she could command attention and deliver a fun performance whether the audience was seeing her face or not in Happy Feet. A somewhat surprising box office success, the animated movie is a family affair that can be enjoyed by viewers young and old, because who doesn’t love penguins? Murphy’s Gloria is instantly endearing, and though she passed away before the sequel was created (singer Pink stood in for Happy Feet 2), her version of the adorable feathered friend is unforgettable.

Find where to watch Happy Feet on JustWatch.

An underrated classic, beauty pageant mockumentary Drop Dead Gorgeous is chock full of laughs and superstars, some of whom were still on the upswing at the time, like Murphy, Allison Janney and even Amy Adams, who earns her first onscreen credit with her showing. Murphy plays Lisa Swenson, a contestant in the pageant, and she pulls off the Midwestern accent and attitude brilliantly. All the women in Drop Dead Gorgeous are fantastic, and it’s wonderful to see Murphy stand alongside some of the best in the business.

Find where to watch Drop Dead Gorgeous on JustWatch.

The rom-com might have been panned by critics (it has a 20% on Rotten Tomatoes), but Just Married was a financial success, and hardcore Murphy fans still like it. Built on the sheer chemistry and watchability of Murphy and co-star Ashton Kutcher, the rote comedy isn’t really special or memorable, but the actors made it more than it could have been. The year 2003, when Just Married was released, turned out to be a huge year for Murphy, as she had several starring roles, and she proved she could carry a film instead of serving only as a featured actor.

Find where to watch Just Married on JustWatch.