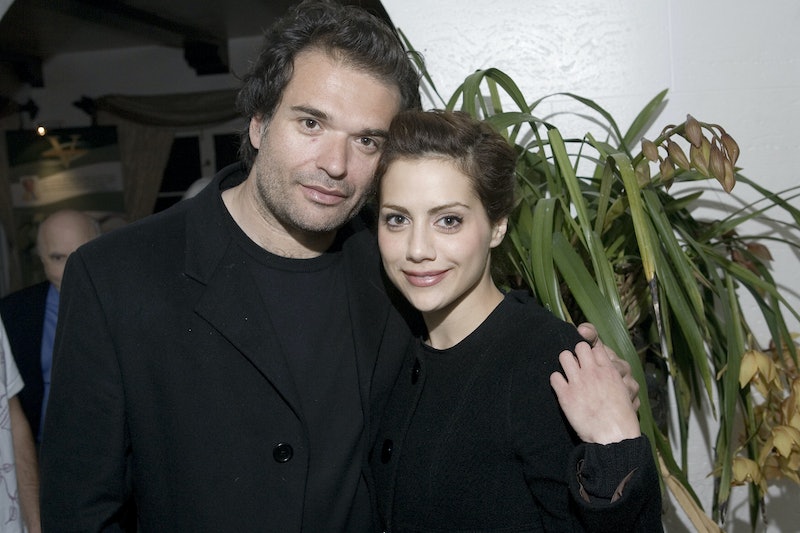 HBO Max’s new two-part docuseries What Happened, Brittany Murphy? aims to explore the strange circumstances surrounding Murphy’s sudden death in late 2009. At 32, the actor died in her home as a result of untreated pneumonia exacerbated by severe anemia and drug intoxication from over-the-counter and prescription medications. After her death, countless rumors swirled about what had happened. The documentary largely casts suspicion on Murphy’s husband, a British screenwriter and aspiring filmmaker named Simon Monjack who those close to Murphy describe as abusive and controlling.

Monjack grew up in Bourne End, Buckinghamshire, England. His father, William, died of a brain tumor when he was 15, which his mother says in What Happened, Brittany Murphy? made Monjack paranoid about his own health. As an adult, Monjack wrote and directed the 2000 B-movie Two Days, Nine Lives. In 2001, he married a woman named Simone Bienne, a UK TV personality, in Las Vegas. During their marriage, he faced several legal troubles: In 2005, warrants were issued for Monjack's arrest in Virginia on charges of credit card fraud, but the charges were later dropped. And in 2006, Monjack — who had been evicted from four homes — was sued by Coutts bank for $470,000. He and Bienne divorced the same year, and he met Murphy shortly afterward.

By the time Murphy began dating Monjack, he was known to many of the people around him as a compulsive liar and con artist. His lies ranged from the absurd to the fantastical: Monjack told multiple people that he had terminal spinal cancer that required an experimental treatment derived from shark fins, and he reportedly bragged to filmmaker Allison Burnett at a dinner party that he had dated Madonna, owned 17 Ferraris, and had the world’s largest collection of Johannes Vermeer paintings. In addition, Monjack had apparently secretly fathered two children with other women before meeting Murphy — a daughter named Jazmyn who lives in England and a son named Elijah who lives in Paris, neither of whom Murphy knew about. Monjack was engaged to Elijah’s mother Elizabeth Ragsdale when she got pregnant in the late ‘90s, but abandoned her while she was still carrying their child.

Monjack and Murphy’s relationship moved quickly, and they got married in 2007, just a year after they met. According to those who knew Murphy, Monjack soon began to isolate her from her friends and family. “One day [Murphy's] numbers were changed, no one knew where she was, couldn't find her. Disappeared. Simon took her away. That was it. He made sure no one could get to her,” actor Lisa Rieffel, a friend of Murphy’s, says in the documentary.

Monjack’s alleged attempts to control Murphy’s life also extended to her career. When celebrity fitness trainer Harley Pasternak tried to talk to Murphy’s representatives about training her for a role, he was reportedly told, “She fired all of us. Simon is her agent, manager, and lawyer and everything now. You have to go through Simon.” Pasternak added that Murphy’s former team said they were concerned because no one could contact her directly.

Alex Merkin, the director of one of Murphy’s final films, Across the Hall, says he also became worried when he learned that the only way he could reach Murphy was through Monjack. In the documentary, Merkin says that Murphy’s marriage “felt completely unhealthy, something that felt delusional on some level — a manipulative ploy on [Monjack’s] part to control her and to keep his hooks in her.” Monjack also reportedly took control of Murphy’s finances, and it’s estimated that he spent approximately $3 million of his wife’s money in just a three year period.

Following Murphy’s death, Monjack’s story about the days leading up to her passing shifted several times. At first he claimed that she had been mostly fine before she died, but he later claimed Murphy had told her mother Sharon that she knew she was dying — which only makes it more inexplicable that Monjack seemingly did not try to get Murphy medical care. The coroner who examined Murphy’s body said that getting to a hospital could have saved Murphy’s life.

In May 2010, just five months after Murphy’s death, Monjack was found dead at 40 in the home he’d shared with his late wife and her mother. Like Murphy, Monjack’s death was attributed to acute pneumonia and severe anemia, though drugs were reportedly not a contributing factor.

If you or someone you know is experiencing domestic abuse, call 911 or the National Domestic Violence Hotline at 1(800) 799-SAFE (7233) or visit thehotline.org

More like this
Alleged Cult Leader Larry Ray Is Awaiting Sentencing Following His Conviction
By Brad Witter
Glenda Cleveland Died 2 Decades After Trying To Turn In Neighbor Jeffrey Dahmer
By Brad Witter
Where Is The Bling Ring’s Rachel Lee Now?
By Arya Roshanian
Lori Vallow’s Son Was Arrested For Sexual Assault Days Before 'Sins Of Our Mother' Premiered
By Brad Witter
Get Even More From Bustle — Sign Up For The Newsletter