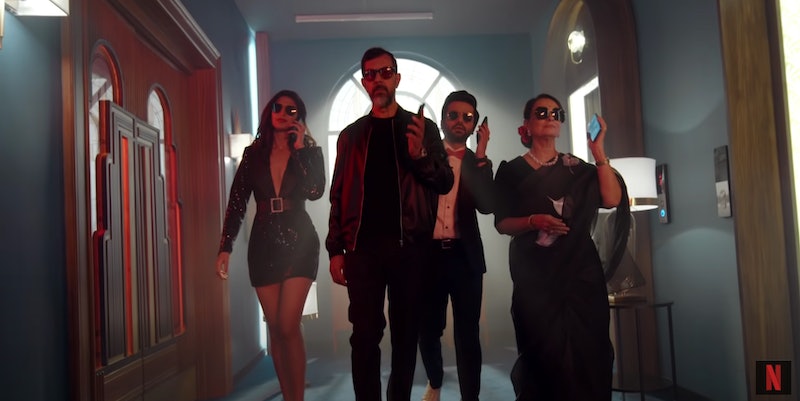 On Oct. 29, Netflix will premiere Call My Agent: Bollywood, an Indian adaptation of the popular French show Call My Agent! (Dix pour cent in French). In fact, the show is one of several adaptations of the French series currently being developed, including productions in Turkey and the UK. Though the characters and storylines of Call My Agent: Bollywood aren’t identical to the original show, the six-episode adaptation begins with a similar premise. After the unexpected death of the head of their talent agency, four “savvy, street smart talent agents” fight to keep the agency afloat while trying to manage the egos of their famous clients and their own personal lives.

“This project has been close to my heart since the very beginning,” director Shaad Ali said of making Call My Agent: Bollywood in a statement, per the The Tribune India. “It was a huge responsibility to be mindful of the original screenplay that has been such a success and yet to have my own stamp on the adaptation. Each component of this show has been thought through with intricacy right from the casting to the cameos.”

Though Netflix has yet to confirm if Call My Agent: Bollywood will return for a second season, there’s certainly reason to believe it has a long future ahead of it: the original French series has run for four seasons and was renewed for a fifth season and a movie earlier this year. Here’s what we know about a potential Season 2 so far.

If Call My Agent: Bollywood returns for a Season 2, it’s likely that the main cast — Aahana Kumra, Ayush Mehra, Rajat Kapoor, and Soni Razdan — will return to reprise their roles as the main talent agents. Similar to Season 1, it also seems likely that the show will feature cameos from a variety of Bollywood stars who come in contact with the fictional talent agency.

Since a second season for Call My Agent: Bollywood has not been confirmed, a trailer has not been released nor has a premiere date been set. But this post will be updated as more details become available.

More like this
The ‘You’ Season 4 First Look Shows Joe’s New Identity And Potential Victims
By Bustle Editors
The ‘Emily In Paris’ Season 3 Release Date Is Here, Plus The First Footage
By Bustle Staff
Here's When 'The Crown' Season 5 Will Premiere — And What To Expect
By Bustle Editors
Ralph Macchio Says Some 'Cobra Kai' Season 6 Scenes Have Already Been Filmed
By Brad Witter
Get Even More From Bustle — Sign Up For The Newsletter