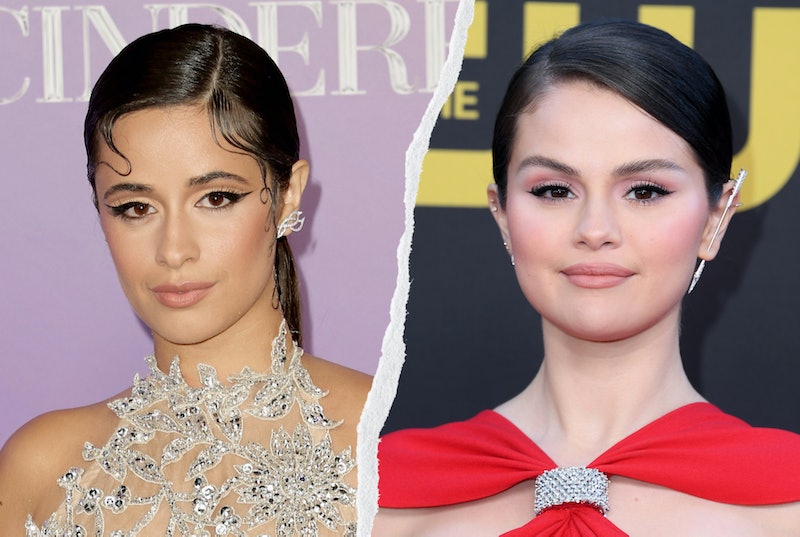 Selena Gomez wears many hats — singer, actor, Rare Beauty founder, producer of Netflix’s 13 Reasons Why, and co-founder of the media platform Wondermind, which aims to de-stigmatize mental health. As a longtime advocate for mental health awareness — especially after sharing in September 2020 that she was diagnosed with bipolar disorder — it was only fitting that the co-founder graced the cover of Wondermind’s inaugural April issue.

But for May’s Wondermind cover, which happens to coincide with Mental Health Awareness Month, Gomez switched gears and served as the interviewer. Gomez sat down with Camila Cabello, another celebrity who has also been candid about her mental health journey. Speaking about her anxiety, therapy, and prescription medicine, the 25-year-old “Bam Bam” singer described her mental health struggles and how she’s been addressing them.

Anxiety, she said, feels like “trying to get an answer, or a way of having control or certainty.” Likening it to a “bad trip,” it’s “dizzying and overwhelming,” she added. “It’s a loop, like obsessive compulsive stuff.” She also explained how her anxiety manifests physically. “In my body, it’s a tightness, almost like I can’t move, like my hands are tied and everything is just tied up.”

Cabello is no stranger to talking about her anxiety. In May 2020, she penned a Wall Street Journal essay about how her anxiety manifests as obsessive compulsive disorder. She even shared having to fake being fine and “never letting people around me know how much I was really struggling.”

It got worse before it got better. In November 2021, the Cinderella star told People how pandemic-induced production filming suspensions lead to her “break down crying once a day at least” and feel “cripplingly anxious,” “unstable,” and “a mess.” She added, “I was just left with my anxiety and my mind. And it was getting in the way of my relationship. It was getting in the way of my friendships, my time at home.” That same month, Cabello announced she split up with her “Señorita” collaborator Shawn Mendes after nearly three years of dating.

Like many artists, she poured her struggles into her third album, Familia, released on April 8, with tracks that delve into her mental health journey. The track “Psychofreak,” in particular, even references her fallout with her former girl group Fifth Harmony.

Speaking about the aftermath of the album, Cabello told Gomez, “I feel so much better.” The process of creating the album was “really hard.” She shared, “I felt really anxious even talking about those things because I think before I went on that journey I was almost scared to be found out, like, This is weird, my brain is broken, this isn’t normal.” The “most healing” part came after. “Once I opened up, these people didn’t leave me,” she said.

Aside from seeing a therapist, Cabello also got candid about taking prescription meds. “I have been taking an SSRI and that definitely has helped a lot.” She said, “I definitely feel like medication can be really helpful and necessary ... 100%, it can save your life.”

“I almost shamed myself by thinking people wouldn’t understand that I have anxiety, because why? Just telling the truth about how you feel ... that really helps so much.”

When Gomez asked Cabello about the best mental health advice she received, the Fifth Harmony alum said, “Faking or pretending is the worst thing for my mental health.

“From the outside, my life looks great. I can make an album, or I’m in this relationship, whatever,” she said. “I almost shamed myself by thinking people wouldn’t understand that I have anxiety, because why? Just telling the truth about how you feel ... that really helps so much, and finding people that you feel safe to say that around is the most relaxing thing.”