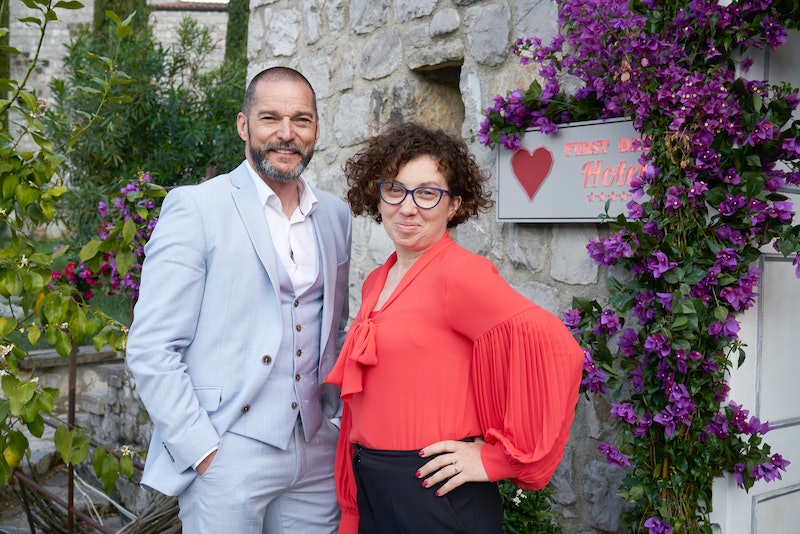 You know when you watch a TV show set somewhere super gorgeous, and you just think gosh, I would love to be there right this minute? First Dates Hotel is one of those shows... especially in 2021. The sixth series is airing tonight (March 24) at 9 p.m. and will no doubt have viewers wondering, can I stay at the First Dates Hotel? Of course, current UK travel restrictions mean we have to stay home for the foreseeable, but there’s no harm is doing a little research now, is there?

While previous seasons of the show have been filmed at Le Vieux Castillon, a four-star hotel nestled in the village of Castillon-du-Gard in Provence, France, this year the potential lovebirds will be staying at the none-too shabby Aquapetra Resort and Spa in Italy.

This four-star resort and spa is a former 18th-century hamlet and set on 60 acres of “scented gardens and olive groves.” It’s situated at hour outside of Naples, so just imagine those pizza-filled days the cast and crew had when they weren’t filming. Or perhaps they enjoyed the on-site Michelin-starred restaurant, Locanda del Borgo, which is described on the hotel's website as “a relaxed yet modern environment.”

The description continues: “Spread over four levels, it comprises three main dining rooms, a bar and conservatory as well a a private chef's table for groups of up to twenty guests.”

The hotel’s spa consists of multiple pools, a steam room, and sauna to get your mind, body, and soul feeling incredible.

OK, I’m starting to feel jealous now. And signs say, the current series of First Dates Hotel is going to have us feeling serious vacation envy.

Sadly, the Aquapetra Resort and Spa in Italy is not currently taking any bookings at present, but they are sharing updates on their Instagram page.

But how much will a night at this luxurious location set you back? Well, it's not exactly cheap. Prices for a one-night stay in a Classic Room start at £164.65.

For what it’s worth, if first daters are going to fall in love anywhere, it's going to be here. Now i’m just waiting for that Lady And The Tramp spaghetti scene.

This article was originally published on Aug. 29, 2018