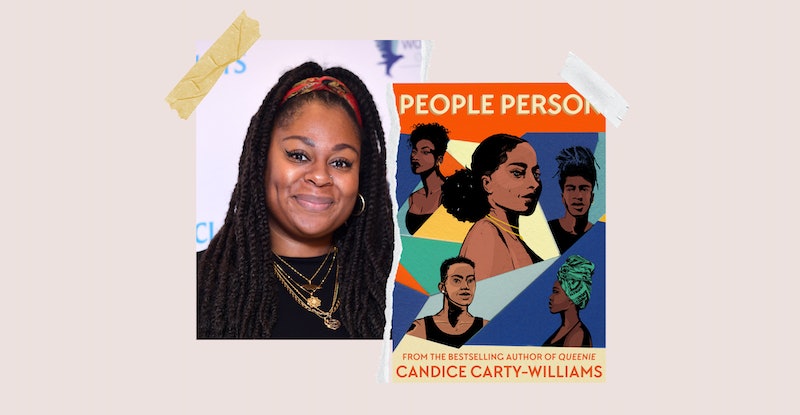 When South London’s beloved writer Candice Carty-Williams released Sunday Times bestselling novel, Queenie, back in 2019, the writer was praised for its unflinchingly honest, and highly-entertaining telling of Black British millennial womanhood, leaving no stone unturned when detailing the most problematic (and admittedly relatable) parts of protagonist Queenie’s life. Now, the author is to tell a new story about complicated family relationships, and recently announced brand new novel People Person.

Due to be released April 28, 2022, People Person is described as a “propulsive story” of “heart, “humour” and “homecoming.” The intriguing synopsis reveals the book will explore “the truest meaning of family you can get when your dad loves his Jeep more than his children.”

People Person will introduce readers to Dimple Pennington who, per the synopsis “doesn’t have much in common with her half-siblings... except for faint childhood memories of being driven through Brixton and some pretty complex abandonment issues.” A “dramatic event” brings Nikisha, Danny, Lizzie, and Prynce “crashing back into her life” – as well as“the absent father they never really knew,” Cyril.

Candice Carty-Williams, 31, revealed the new book and its beautiful hardcopy covers in a simple tweet on November 30. Speaking to The Times in November, the writer explained that People Person is about the “relationship you have with your dad and how affecting that can be — or not.”

“Some people grow up without a dad and they’re, like, “OK, cool,” but for others it’s a void,” the writer added in the interview. “I didn’t grow up with my dad, but also I’ve always been appalled by how the media talks about single mums.”

People Person will be published in hardback, e-book, and audio on April 28, and forms part of a “six-figure” UK and Commonwealth publishing deal which will also see Carty-Williams write “two further novels and an essay collection.”

There’s undoubtedly a thirst for a new Carty-Williams’ novel. Queenie sold more than 330,000 copies in the first year of its release and was named Book Of The Year at the British Book Awards in 2020, making Carty-Williams its first Black winner since 1994. Not to mention, we’re soon to see Queenie on the small screen, with a series slated to be broadcast on Channel 4 in 2023.

People Person is now available on pre-order via Waterstones.