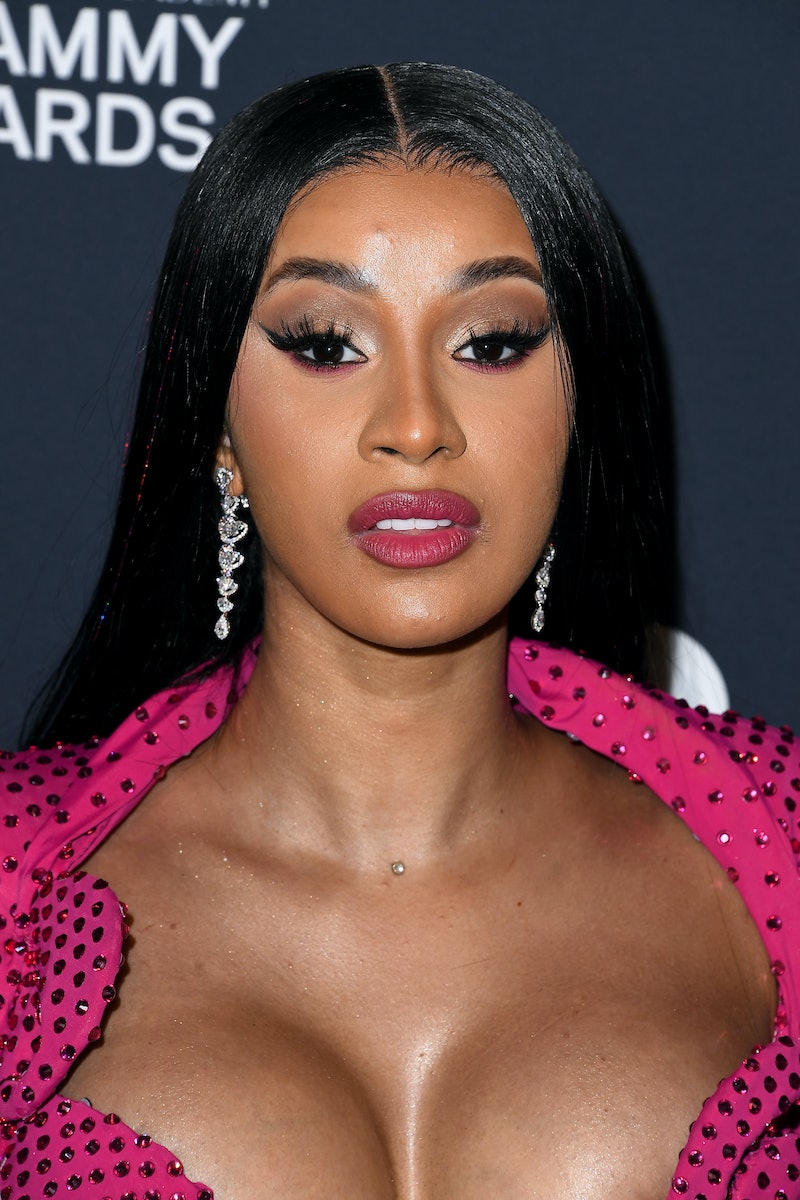 After tweeting about hosting a total of 37 people for Thanksgiving amid the ongoing coronavirus pandemic, Cardi B took to Twitter to apologize. According to the rapper, she never intended to offend anyone by revealing the size of the family celebration. "Sorry my bad, wasn't trying to make nobody feel bad," she tweeted on Sunday, Nov. 29.

The "WAP" rapper's apology came after her initial tweet about having a full house for Thanksgiving. "Twelve kids and 25 adults over the holidays. It was lit," she wrote. The reveal was met with immediate backlash from fans who noted that the CDC recommended against large gatherings due to COVID-19 — especially with cases rising across the United States.

After seeing the criticism, Cardi reassured her fans and followers that extra safety precautions were taken. "Just had my family in my home for the first time and it felt so good & uplifted me," the rapper wrote. "I spent soo much money getting every1 tested but it felt worth it. I wasnt trying to offend no1." Additionally, she said in a follow-up tweet that her job requires frequent testing. "ME specially and everyone that works around me get tested literally 4 times a week," she tweeted. "In the middle of work and every time we clock in we MUST GET TESTED!"

Even with Cardi's apology, some fans were understandably still upset about the incident, noting that many people gave up hosting Thanksgiving gatherings altogether because they didn't have access to the kind of testing necessary to do it safely. But the musician isn't the only celebrity who's come under fire for hosting events amid the pandemic.

On Monday, Nov. 30, Rita Ora issued an apology on her Instagram Story after celebrating her birthday with friends in London. "I attended a small gathering with some friends to celebrate my 30th birthday," the singer wrote, adding that it was a "spur of the moment decision" and one that she regrets. "I'm deeply sorry for breaking the rules and in turn understand that this puts people at risk."

In early November, Kendall Jenner came under criticism for a maskless Halloween-themed birthday party, with fans noting the event still put people at risk despite the "rapid testing" required to gain entry. On Nov. 3, Kris Jenner defended her daughter's party. "We make sure that everyone in our family and our closest friends are tested religiously," the reality star said. "We do what we can. We try to follow the rules."