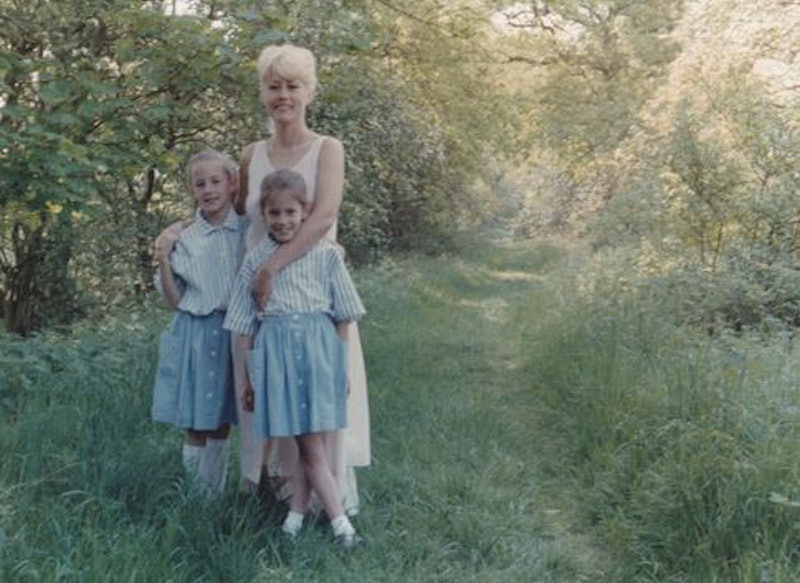 This Wednesday (March 17), Channel 4 is airing a documentary celebrating the life of Caroline Flack. The film will follow the presenter's life through home video footage, and photos shared by her mum and twin sister, analysing the events that led up to her tragic death in February 2020.

Bustle sat in on a Q&A about Caroline Flack: Her Life and Death hosted by Dermot O’Leary, who spoke with the documentary’s director Charlie Russell, executive producer Dov Freedman, two Channel 4 commissioners, and Flack’s mum Christine and twin sister Jody. The conversation covered a variety of topics surrounding the film, but most importantly gave Christine and Jody the opportunity to discuss why they wanted to take part.

“I’m really sad that I’m sitting here talking about this film,” Christine says. “That she’s not sitting here talking about the film that they were going to make.” As the C4 team explains, the film was initially going to be focused on the media storm surrounding Caroline prior to her death. The presenter wanted to tell her side of the story, as “she felt like she wasn’t being heard at the time,” her mum said.

After Caroline’s death, C4 reached out to Christine and Jody to collaborate on the upcoming documentary. Jody was apprehensive at first, as “there wasn’t enough reason to make the film for me,” she explains. But after talking it through with Christine, and the rest of their family, they decided “there was a good reason to tell her story” – to show who Caroline really was, and to highlight the importance of mental health.

“Everything that was written about her was to hurt her and it shouldn’t have done,” Christine adds.

Jody adds that while she wasn’t entirely sure what the main takeaway of the documentary would be at first, “having seen the film it’s very much about mental health. And now, I’d quite like that to make a big impact on other people.”

Caroline Flack: Her Life and Death airs on Channel 4 on Wednesday, March 17, at 9 p.m.

More like this
Bimini, Tia Kofi & More React To Cherry Valentine’s Death
By Catharina Cheung
There’s A Brand New 'Drag Race' Spin-Off In The Works
By Sam Ramsden
How To Get Tickets To 'Strictly Come Dancing's Live Tour
By Sophie McEvoy
Jason Derulo Is Launching A New Singing Show In The UK
By Maxine Harrison
Get The Very Best Of Bustle/UK