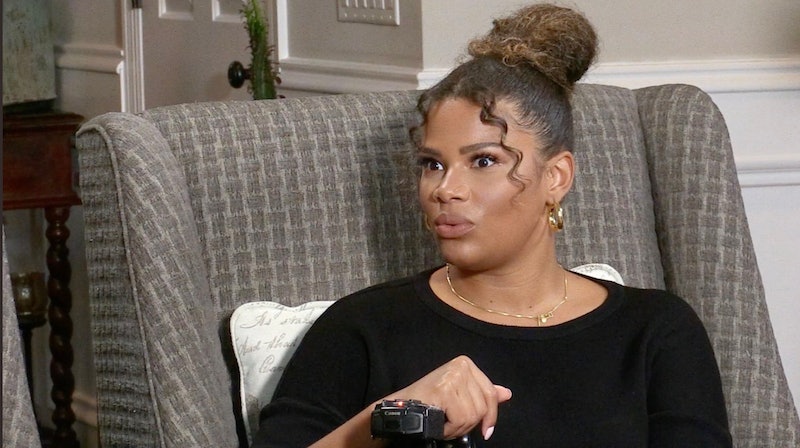 In another episode filmed pre-quarantine, this week's Catfish explored Tony and Tiana's two-year online relationship. Tony is from Ohio while Tiana is from California, so meeting was difficult — but Tony couldn't understand why Tiana refused to FaceTime despite the fact that they talked on the phone often. So, Nev and Kamie met him in San Diego where Tiana lives and got to work.

As in every Catfish investigation, Tony started by providing all the info he had on Tiana — including her address. Feeling bold, Nev decided to skip a few steps and drive straight to the house, where they met a woman named Shavon. Shavon claimed she didn't know about the show or anyone named Tiana and sent them on their way.

After doing some more research, Nev and Kamie found an old Instagram page of Tiana's and discovered that she and Shavon were friends. They concluded that Shavon was likely covering for Tiana the day before, so they called Tiana and begrudgingly, she agreed to meet.

Here's the kicker — Tiana is real. She wasn't hiding her physical appearance, and all of her profiles were legitimate. She did, however, lie about her job and her feelings for Tony, who wasn't completely honest about his role in their relationship, either. Apparently, Tony was often rude to Tiana and was always "blowing her phone up" with insults, which made her lose interest in him.

After bickering for a few minutes, it was clear that Tiana and Tony just weren't meant to be, but they were able to leave on civil terms. In Catfish's two-month follow-up, they said they briefly stayed in touch but stopped talked because Tiana had a boyfriend.

Now, Tiana and Tony are still friends on Facebook, and according to Tiana's profile she's engaged and works at Victoria's Secret. Her Instagram page calls her a model and an actress, and many of her recent posts show her on the set of a music video for DDG's "Moonwalking in Calabasas" remix featuring Blueface. Tony's Facebook says he still lives in Ohio, but he hasn't shared much else about his recent life other than the preview for his episode, alongside which he wrote, "Da secret out."