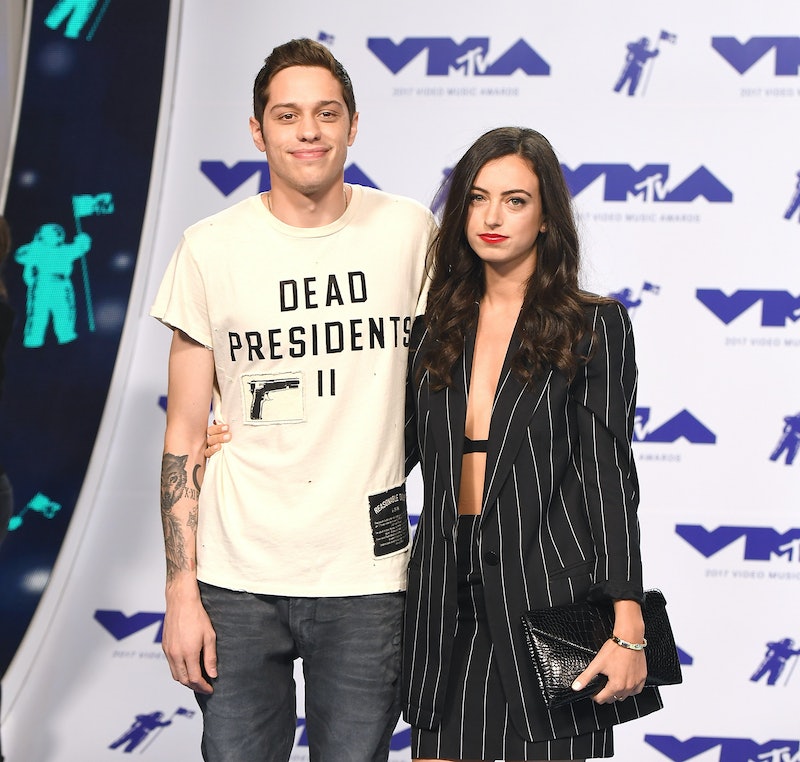 Though her 2018 split with Pete Davidson made headlines — mostly due to the comedian's subsequent relationship with Ariana Grande — Cazzie David struggled with the idea of sharing her side of the story publicly. While chatting with the Los Angeles Times about her upcoming book No One Asked For This, out Nov. 17, David opened up about why she was anxious to write about their breakup.

In addition to forcing her to relive a difficult time in her life, David also dealt with harassment from Grande's fans on social media after she and Davidson made their relationship public, which took a toll on her mental health. "It was a really pivotal moment in my life," she told the outlet. "And writing about it has caused me a ton of anxiety, especially because I talk so much about hating the attention it brought me. Why would I bring more attention to myself by writing about it? But there's nothing that's gonna be worse than what I already experienced with that."

According to her book, David broke up with the Saturday Night Live star in 2018 after two and a half years because she struggled to convince him that she really loved him. Though she soon called Davidson to try and win him back, he responded that he was "happier than he had ever been"; news about his romance with Grande broke two days later. As difficult as the breakup was for her to handle, David wrote that things were made even worse by the fact that the singer's fans began harassing her online, telling her that Davidson had "upgraded from Walmart to Chanel."

The writer learned about the romance while she and her father, Larry David, were on their way to her sister's graduation; David explained that she "shook uncontrollably in his arms for the entire flight." At the hotel, she recalled crying, curled up in the bathroom and even "screaming in agony" in her sleep while her famous father attempted to comfort her.

Through it all, David explained that she couldn't stop thinking about Davidson and Grande "immediately falling in love, accompanied by audio of her baby voice whispering sweet nothings in his ear, dubbed over his past declarations of love and trust to me." (Grande and Davidson split in October 2018 after five months together.)

But even though she had a hard time handling — and ultimately deciding to write about — the breakup, David told the LA Times that she and Davidson are friends again and that he has even read the chapter about their split. In fact, David thanked the comedian in the book's acknowledgments, writing, "Pete. I love you ... Your bravery inspires me and your friendship means the world to me."

While Davidson hasn't publicly commented on his relationship or breakup with David, he has talked about his other very public split multiple times. "She's a really powerful woman, that Ariana Grande. She's a very, very powerful woman, you know, and very smart," he said in his Netflix special, Alive From New York. "You gotta be able to ruin Starbucks for a person."