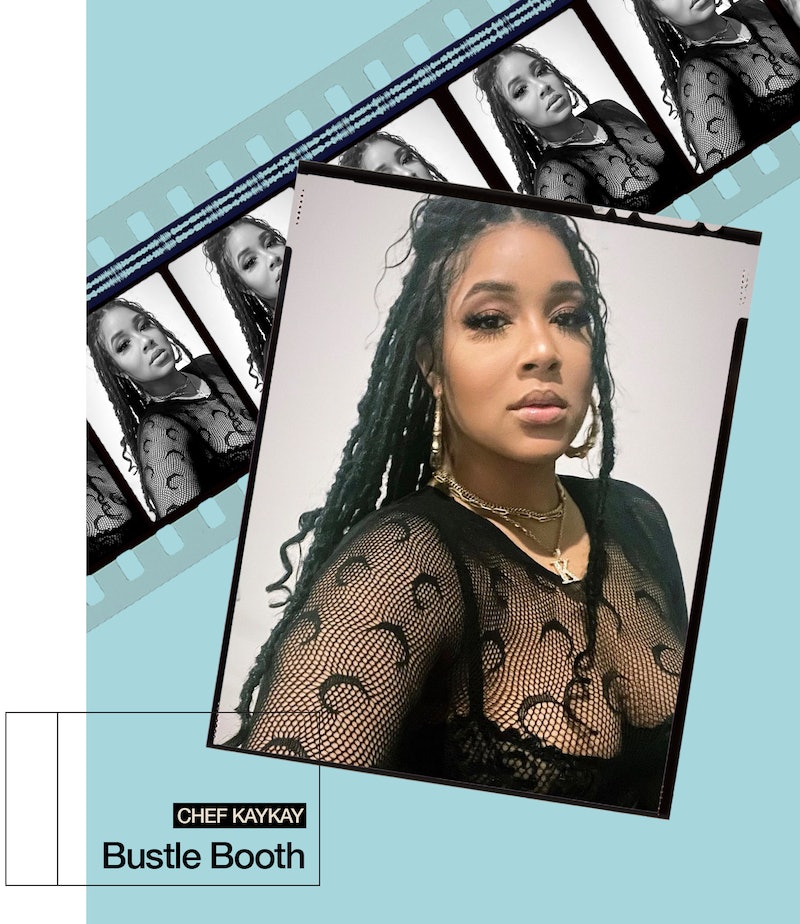 Celebrity chef Kayla Greer has gone from sharing the screen with Big Zuu and Stacey Dooley in BBC Three’s newest cooking competition, Hungry For It, to returning to her usual daily grind in her hometown. It just so happens that her “daily grind” is cooking for Hollywood’s biggest names: Justin Bieber, Drake, and Puff Daddy included. (She’s on her way to Diddy’s mansion when we speak, in fact. “The last thing I made him for breakfast was some protein pancakes and an egg and bacon wrap,” she recalls, cuddling her mini poodle Saffron.)

Working in such close proximity with celebs must be so surreal, I suggest. “My dad always used to tell me, it’s not what you know, it’s who you know,” she recalls. “Growing up [in L.A.] and being surrounded with a lot of other creatives, athletes, childhood stars, and people who know people, it all worked together because my whole clientele has been based through word of mouth.”

Her incredible work ethic, great taste, and delicious dishes have helped, though. Beyond her stint on BBC Three, Greer runs The Saffron Agency, providing high profile private chefs in Los Angeles, has created and sells her own vegan all-purpose seasoning, and is the executive chef of 40 Love in West Hollywood.

“I’ve been cooking since I could reach the stove,” she tells me, crediting her aunt, who sadly passed away in 2018, as the person who taught her everything she knows. “If I was like, ‘oh how do you make gravy’, she would tell me over the phone. I would always cook with her. [Losing her] was one of the craziest moments because it was like right when I was at the best point in my life.” Losing her father just before Hungry For It began filming was another devastating blow, but she found a brother and sister in Zuu and Dooley. “They were so supportive… We just clicked like besties.”

Speaking about comfort food and her favourite dishes immediately brings a smile to chef’s face. “Tacos are definitely a love language for me and I can make it pretty much out of anything.” It’s an enthusiasm she doesn’t quite share for British food, though. “The weirdest food I came across in the UK was cheese and pineapple on a stick,” she says with a cheeky laugh. “Beans on toast was a first, too.” Her verdict? “Different… not necessarily my go-to.”

Learn more about Chef Key Kay in her Bustle Booth questionnaire below.

“Help me I’m poor!” from Bridesmaids.

What was your fave cartoon as a kid?

Power Rangers when it first came out.

Hungry For It — and not just because I’m in it!

“Un-break My Heart” by Toni Braxton.

My house and reorganising my space.