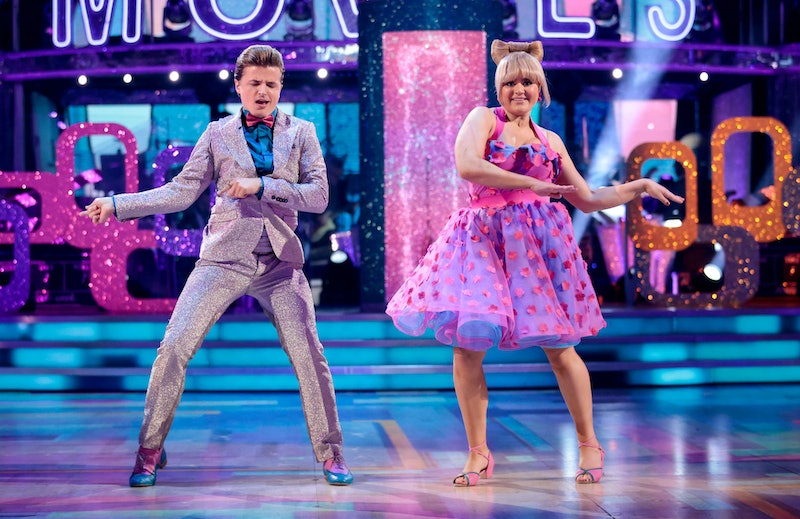 Allen made the derogatory statement live on air on Oct. 20 and was later accused of fat-shaming the CBBC presenter.

Responding to the fallout on Instagram, Ramsay said Allen’s comments were a “step too far,” adding that, although people are free to voice their opinions, she draws the line at “commenting on my appearance.”

“It’s such a shame that someone is trying to make such a positive experience negative,” she wrote. “This isn’t the first and definitely won’t be the last comment made about my appearance and I accept that and I’m learning to accept myself. But please remember that words can hurt and at the end of the day I am only 19.”

Ramsay’s statement gained lots of support from fans online as well as fellow celebs, too. Love Island alum and mental health campaigner Dr Alex George shared an open letter he had written to LBC on his Instagram in which he called out Allen’s comments about Ramsay’s appearance, writing that he was “absolutely horrified” by the remarks.

In the letter, the Youth Mental Health Ambassador continued, “It is widely recognised just how damaging such comments about someone's weight are and the effect they can have on an individual's mental health.” He added, “We must not only think of the effect on Tilly here, which I can imagine could be significant, but also the potential impact to listeners of the show.”

George then went on to point out that up to 3.4 million people in the UK are currently living with an eating disorder, and urged LBC to “not underestimate the impact such remarks” can have on their audience, especially younger people.

Meanwhile, some of Ramsay’s Strictly Come Dancing co-stars were also quick to offer their support. “Some people are very nasty! Don’t listen to this c**p, we love you girl,” Giovanni Pernice wrote on Instagram, while Tom Fletcher commented, “What the actual hell?! Tilly you are absolutely BEAUTIFUL and don’t let anyone ever tell you otherwise.”

Dianne Buswell added a comment, too, saying “Tilly your a beauty inside and out . I think your so brave to speak up about this perfectly said I hope people learn from this. Just know that we all support you and think your wonderful xxxx.” Oti Mabuse wrote, “What on earth? Love you @tillyramsay some people just have no regard for others.”

Fellow competitor John Whaite compared Allen to “a piece of old sandpaper,” saying he was “worn and used and has nothing to offer the world.” He added: “And his vicious scratching has only left you polished and more fabulous. Love you.”

Former Strictly contestant Saffron Baker said, “Wow people are just vile!! People think when you’re in the public eye, they can say what they want and it won’t hurt you?!Really hope you’re okay, all my love you are gorgeous!!!”

Even Transport For London came out in support of Ramsay, with All On The Board sharing a message that said, “Hope you’re doing alright? Well done for standing up for yourself against disgraceful behaviour and disgusting comments from people who should know better. You are spectacular on Strictly and thanks for being you.”

Allen has yet to respond to the backlash.