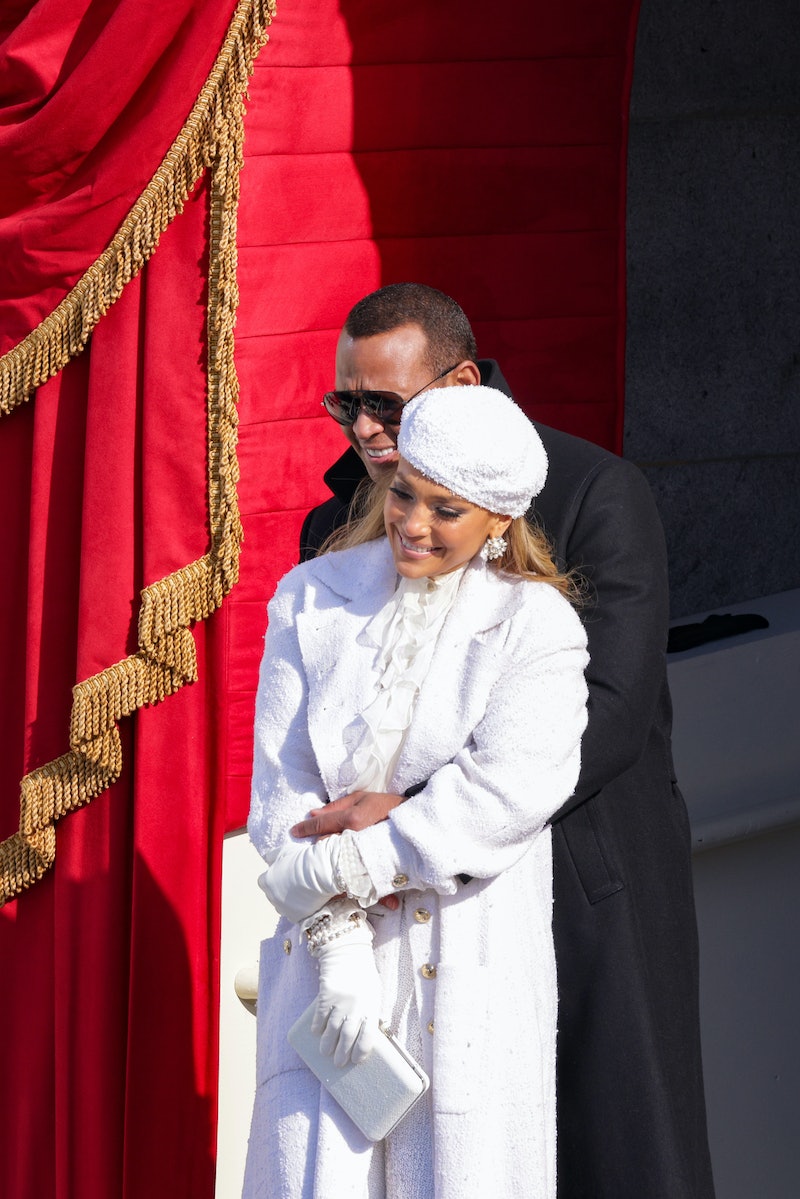 It wouldn’t be Feb. 14 without celebrities posting Valentine’s Day messages for their loved ones on Instagram. This year, the love hit the internet on schedule, with numerous famous figures sharing sweet photos, videos, and messages via the social media platform. Celebrity couples such as actors Nick Jonas and Priyanka Chopra Jonas and former President Barack Obama and his forever first lady, Michelle, wrote beautiful notes to one another, while others, like musicians Cardi B and Jennifer Lopez, offered glimpses of the gorgeous floral displays they received from their respective partners.

Some pairs even decided to go IG official for the holiday. Vanessa Hudgens made it clear she’s dating Cole Tucker with her Valentine’s Day photo of them sharing a kiss. Meanwhile, newlywed Jonathan Van Ness enjoyed his first Feb. 14 with husband Mark Peacock but also reminded fans that “Love Day” isn’t just for couples. The Queer Eye star called several different reasons to celebrate “valid,” including celebrations of “your DAMN FOINE SELF!”

While celebrities’ V-Day celebrations were different from each other’s — and often, from those of the regular people — the love behind them was universal.

The married couple wasn’t able to celebrate in the same place, but their posts and all the roses were a silver lining.

Take JVN’s advice and celebrate your “DAMN FOINE SELF” if you want to.

The former FLOTUS and POTUS wrote adorable messages for one another.

Rodriguez got a massive bouquet for Lopez that she showed off, plus he shared a lovely video tribute to their relationship.

Lipa shared a series of photos with her special guy, boyfriend Anwar Hadid.

Celebrating her late husband, Kobe, Bryant wrote that she loves him “for now, forever and for always.”

Collins and her director fiancé, Charlie McDowell, who got engaged in September, both made it clear how happy they are together.

The rapper’s husband, Offset, took her on a vacation and had a stunning number of flowers waiting for her.

The actor and her partner took a trip into a lotus field, and she couldn’t have looked happier.

Legend, the self-proclaimed “king of Valentine’s Day,” upped the ante with an animated short recounting his love story with wife Chrissy Teigen.

The couple went public with their affection for one another on the perfect day.

More like this
Kourtney Kardashian Claps Back At Pregnancy Speculation On Instagram
By Jake Viswanath
Rachel Zegler Reveals She Had Breast Cancer Scare
By Radhika Menon
'House Of The Dragon’s Theo Nate Is A “Massive” 'GoT' Fan
By Maxine Harrison
Bimini, Tia Kofi & More React To Cherry Valentine’s Death
By Catharina Cheung
Get Even More From Bustle — Sign Up For The Newsletter