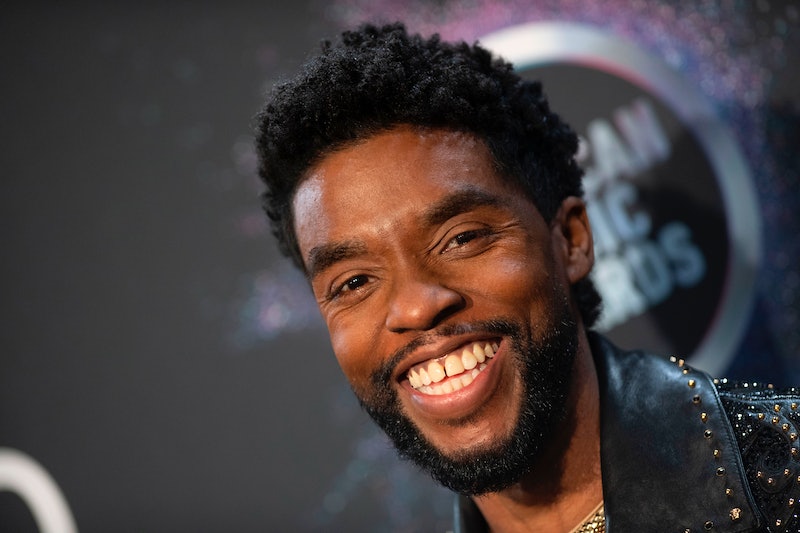 More than six months after Chadwick Boseman’s untimely death, the actor received his first Academy Award nomination ever. On Monday, March 15, Boseman earned a Best Actor nod for his performance in Ma Rainey’s Black Bottom, which marked his last major film role before passing away from a secret colon cancer battle at just 43 years old.

Immediately after the news of his nomination broke, devoted fans of the late actor took to social media to celebrate. “Oscar nominee Chadwick Boseman,” one fan tweeted. “[I] will never get sick of saying that.” “Chadwick Boseman is winning Best Actor as he should,” another person wrote. “Rest in Power, Chadwick.” Several other fans echoed those sentiments, agreeing unanimously that the actor deserves recognition for the work he did while fighting a battle no one knew about.

Boseman is only the fourth late actor in Academy Award history to be considered in the Best Actor category, and his nomination comes after an already successful and history-making awards season. Boseman is the first actor to earn four nominations at the SAG Awards (which will air on April 4), and he won the award for Best Actor at both the Golden Globes and Critics Choice Awards.

At the Critics Choice Awards in early March, Ledward delivered another emotional acceptance speech. “It has to be said aloud that for those of us who know Chad intimately, personally, professionally, those he taught, those he gave a word for advice, those who taught him: it is so hard to find a celebratory feeling in these moments,” she said. “As proud as we are of him, yes for his work, but even more just for who he is as a person, but his work deserves this. His work in this film deserves this — he deserves this.”