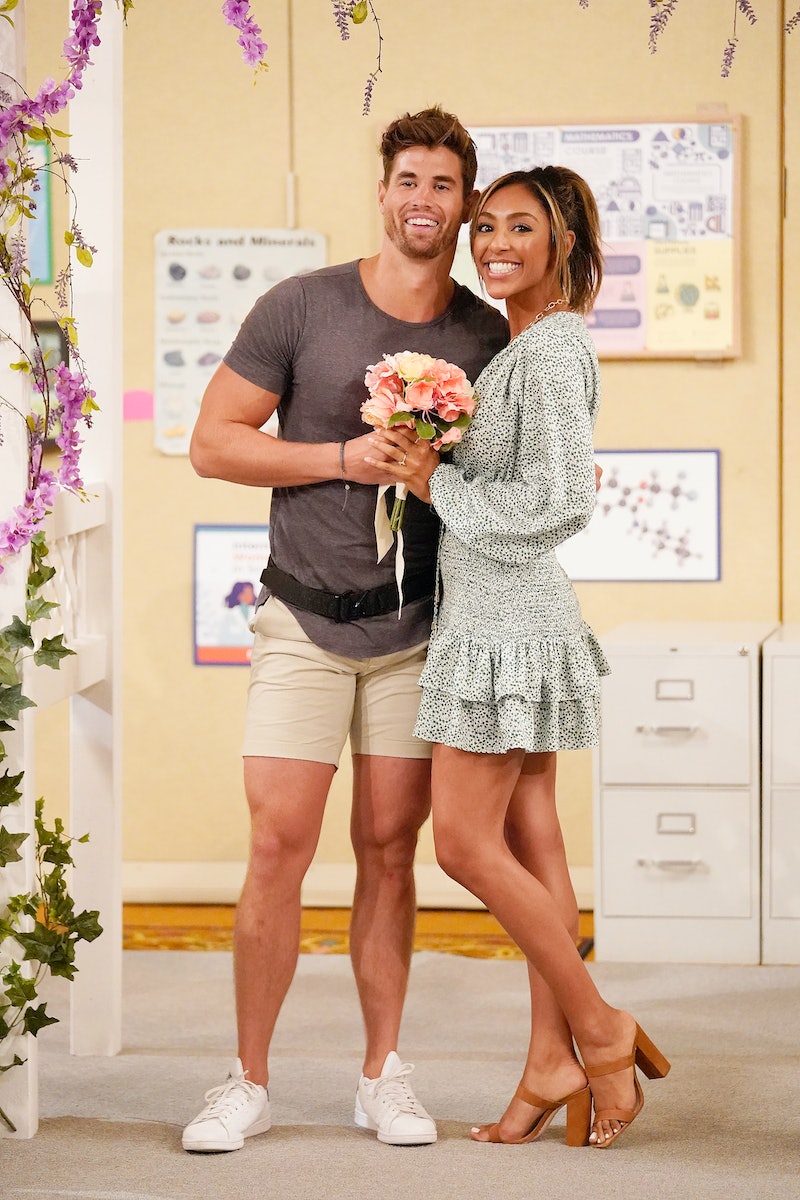 Now that we know for sure Chasen didn't end up with Clare Crawley on The Bachelorette, there are a few potential outcomes for his time on the show: he either found love with Tayshia Adams (which is unlikely, according to Reality Steve), is dating someone new (also unlikely because, uh, the pandemic), or he's currently single.

Obviously he hasn't confirmed his relationship status, but he definitely has some people sliding into his DMs after some drama he apparently causes in the Nov. 17 episode. In a promo for the show, the other men confront Chasen after he calls Tayshia a "smokeshow." "What woman wants to be called a smokeshow?" one guy wonders in a voiceover. The clip then cuts to Ed saying, "You're a fraud. You're a phony."

Whether that leads to Chasen getting sent home, we'll have to see. But he doesn't seem to have any regrets about what went down. "Anybody else want me to call them a smokeshow?" he wrote on Instagram alongside the clip, adding a fire emoji. And what do you know? There were plenty of volunteers.

"What girl WOULDN’T want to be called a smoke show?" one person commented. "I volunteer as tribute," another wrote. Another commented a simple, "Yes."

So if Chasen doesn't get Tayshia's final rose, there are now a list of potential dates in his mentions. And if those don't work out, maybe former Bachelorette Becca Kufrin will be interested. On the Bachelor Happy Hour podcast with Rachel Lindsay, she toyed with the idea of dating one of Clare's castoffs now that she's called off her engagement to Garrett Yrigoyen.

"Part of me is a little excited now that I'm, like, you know, newly single to see what fellas might come my way," she said, later adding that she was "just kidding."

Chasen's bio caught her eye, though not in the way he might have hoped. "I don't want this to come across as bad," she said. "But when guys say, 'Oh, I want somebody who's fit,' and they only look at one specific body type, I take issue with that." But she gave him the benefit of the doubt. "I don't know who is writing these bios," she added. "I'm assuming these guys are ... I don't know, we'll see."

More like this
You Can “Fall In Love” At The Resort Where Bachelor In Paradise Season 8 Was Filmed
By Brad Witter
The 'Bachelor In Paradise' Schedule Shifts To 4 Hours Every Week After The Season 8 Premiere
By Brad Witter
‘The Ultimatum: Queer Love’ Is Officially On The Way
By Radhika Menon and Kadin Burnett
Here's What Happened After Rachel & Aven Left The 'After The Final Rose' Stage
By Grace Wehniainen
Get Even More From Bustle — Sign Up For The Newsletter